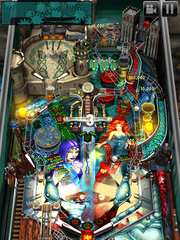 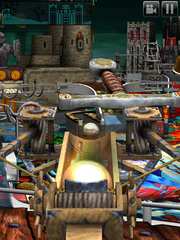 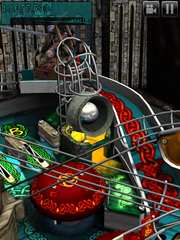 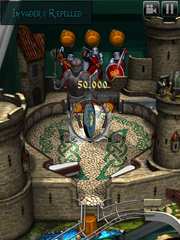 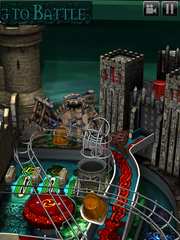 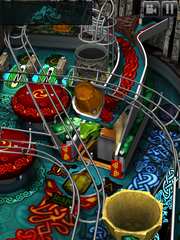 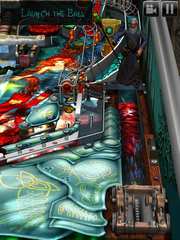 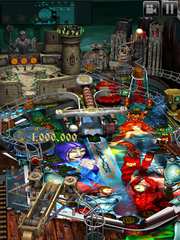 Some of you may remember how difficult I found it to achieve my self inflicted goal of 100 million points before I review a table, when faced with the Star Wars Boba Fett offering. I said something about how it felt like a really difficult task which I didn't enjoy, such that the time it took to do it felt a lot longer than it actually did.

Well, in some respects Excalibur proved to be similar and others different. Similar because this also felt like a very difficult table to score points in, but different because it actually has taken me many, many weeks to achieve the score mark I was aiming for. But after initial confusion, and an awful lot of frustration, I finally did it and the achievement happened just as Andy Murray begun his second attempt to win Wimbledon.

Turns out both of us had a good win that day. 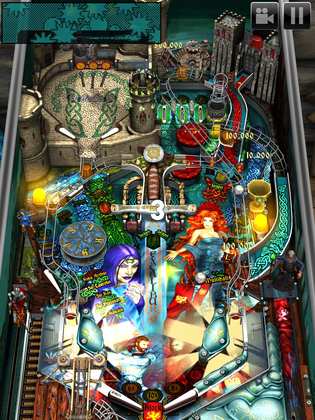 What is All This King Arthur Stuff?

Ah yes, you can see it already, we are in the fictional world of King Arthur and his quest for the Holy Grail. Sometimes I think this would work better as a Monty Python table, in fact Zen Pinball, please make that happen!

Where was I? Oh yes, Arthur and his merry men.

As an earlier Zen table, this has roots in the real world, in fact nearly all of this table could very easily be converted to a real working one in theory. This feels very much like a simulation of an existing physical counterpart than a computer game one. 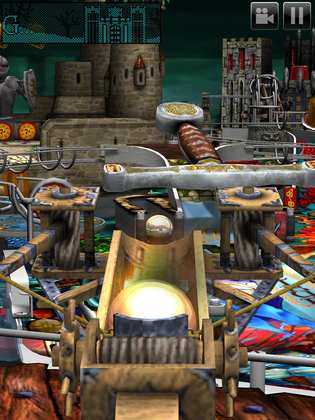 You hit ramps and targets, work your way through various missions, and sometimes trigger mini-games which are either played using the main ramps, on the scoreboard or in two mini-playfields. Yes you could argue that the catapult firing balls at the castle couldn't happen on a physical machine but that is pretty much the only thing that might be difficult to replicate.

First up, there are two skill-shots from the initial plunger, one involving the rollovers at the top of the playfield which you can choose which one is the skill-shot itself, and another that is a difficult hit with the extra left flipper. The latter is difficult and can be risky, plus it's often a lot better to use that flipper to attempt a shot at the multi-ball ramp.

A wheel on the left of the playfield spins in a way that reminds me a bit of real world table Tales of the Arabian Knights, and is linked to which knight is selected in the tale missions. Also if you spin it enough you can start a duel on the top mini-playfield. 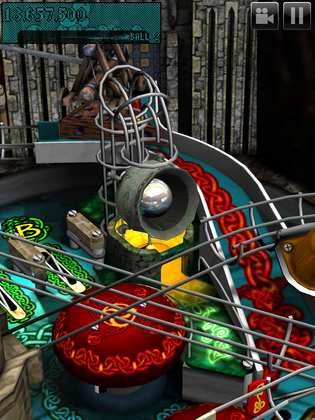 Annoyingly it sits in the way of two bumpers that have to be hit four times, once each to start them moving and again to stop them, to trigger a cave entrance that lets you play a ramp chasing game or a much easier find-the-lady game on the scoreboard. So hitting these bumpers can often involve pot luck as to the position of the spinner.

In the centre of the playfield lies Excalibur itself, a ramp that can be diverted to the left or the right, and which boosts a level counter that gives you access to a beast mission. On each side of this ramp are two targets that trigger the ball-drain protecting lancers, though attempting to hit these can also annoyingly lead to the very sort of ball drains they help you prevent.

To the right is the multi-ball ramp, and some targets that hitting all four of let you start a quest for one of the knights. These quests vary from making orbit shots to hitting specific ramps in order. 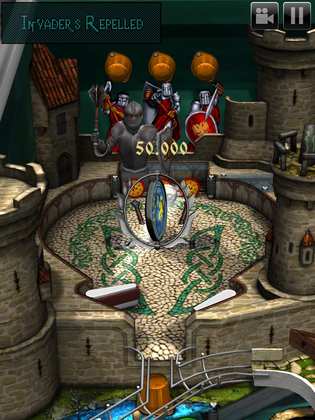 Also on the right at the top is one of the most important ramps in the game, and one I find hard to hit consistently. This gives you access to one of two missions in the top mini-playfield, is required for the siege on the castle mission, a secret path mission, and also where the beast you get to fight pops up. Basically you'll need to hit this one a lot, and you'll often miss causing the ball to fall in increasingly awkward and hard to rescue angles.

Nudging is occasionally possible to stop a ball drain, but like all iOS tables very inconsistent and nothing like doing it on the real thing.

On the far bottom left is the joust playfield, which has a shield target that moves quickly downwards and requires the right timing to knock it down. Too early or too late and that mode is over. 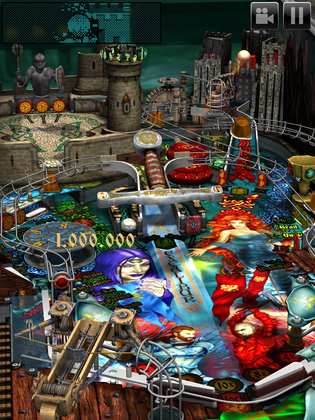 The top mini-playfield has two missions, which mainly consist of hitting the three targets and then getting the ball to jump onto a knight's head. This will be very frustrating whilst you get used to the timing of it, controlling the ball here requires a mix of good rhythm and predicting and engineering the times when the ball can be caught.

Finally, we have multi-ball, well actually there are two. One is just a two ball multi-ball which isn't exactly traditional, one of them has little yellow stars around it and you have to hit the left hidden path with that specific ball to complete that tale. The other is a proper three-ball multi-ball and is not easy to trigger at all. 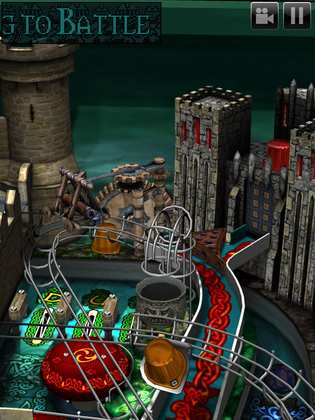 To get that one going requires accurate shots up a ramp on the far right from the upper left flipper, and is best done when the ball is ejected from the joust/tale/extra ball hole. Missing it can lead to a ball drain too.

The problem with all of the above ways to get points, is most of them give you 5-7 million for completing them. And that is the total, not the bonus on top of things you did along the way. Some things give you a million or two as you go so not completing that mission isn't the end of the world, others like the jousting are not so generous so not finishing them just wastes your time.

Even multi-ball, a standard way on most tables to rack up huge points, is measly. You can feel like you have a good few minutes run on it and get nothing more than 3 or 4 million out of it. The jackpots do go up over time, but very slowly so you have to have them running for quite a while to score decent from them.

Initially I found the artwork overly bright, having put many, many hours into the table I still do find it a bit bright and garish. Whether it's the layout or the decals, I'm not sure, the table has a very late 70s progressive rock album feel to it. That said, if Yes album covers are your thing, maybe you'll like it.

Running throughout the entire game is a looping orchestral soundtrack which for some reason never got on my nerves. I don't recall it being overly long between loops, so it's suitably background enough in nature to not impose itself on the play.

Over the top of that are some nice bong, toots and magical noises, plus a certain amount of speech for informing you that jousting, knight's tale modes or other such things are either now in progress or available for you to trigger. 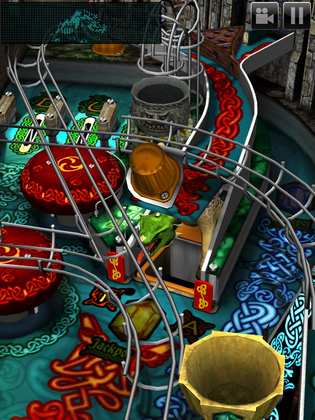 I highly rate the audio on this game because it really fits the theme well and most importantly after hours and hours of play isn't irritating. You can't ask anymore from a pinball game.

I do have one complaint though, and this is for the hurry up warning which comes with a mere 5 seconds to go, often way too little time to do anything at all about it.

Considering this table is usually one of the cheapest, for this reason I feel I can recommend it to anyone who wants a challenge. It isn't that the table itself is overly challenging and kicks you off it all the time. No, the difficulty is every way to get points requires a number of steps which are often not trivial to achieve, and at the end of them you usually only get a measly 5 million for your troubles. 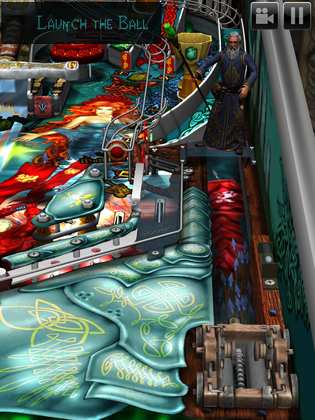 That means getting a good score requires lots of time, avoiding of ball drains, and patience. There isn't any one route to it, you pretty much have to be good enough at everything to get there.

If you can get over the garish visuals and accept that this will make you work for your points, then definitely give this one a go, especially if you like more realistic machines.