last post by RJS
[VIDEO] The Last of Us (HBO)

last post by RJS
Flight tracking on a PC

last post by Snaps
[VIDEO] We Have a Ghost

Another view from abroad. 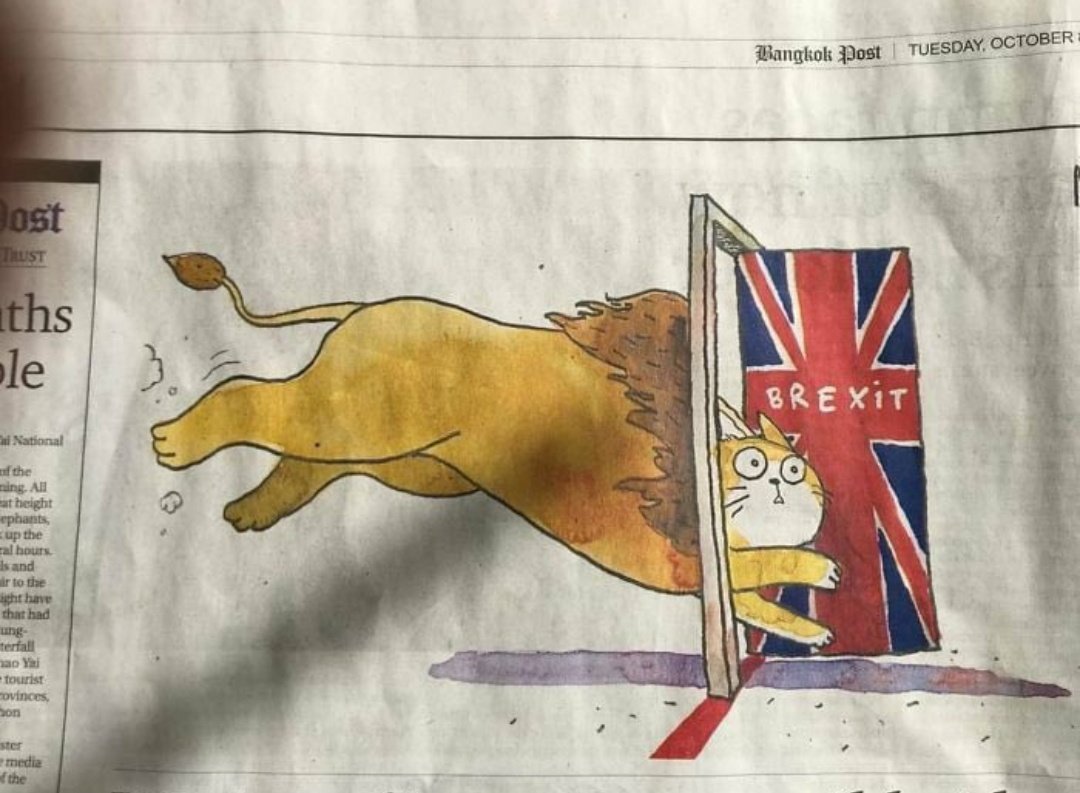 My new Flash Fiction blog. All my own work
500ish

I am not young enough to know everything.
Liked by: mbilko

The inevitable Cassetteboy reaction to the Tory Party conf.

That famously left leaning paper The Sunday Times have a piece on what things are Covid and what things are Brexit, but you can just enjoy the twitter feed bullet points and not read the article hidden behind a paywall here:

MP steps in lorry driver s*** in layby whilst on fact finding mission. Inadvertently creates Brexit metaphor in the process.


Quote:
IT'S a tough life being an MP. At least it was for the chairman of the Select Committee on Transport, Huw Merriman.
On what is referred to as a fact-finding mission to assess the lack of parking provision for lorries in Kent, the minibus in which MPs were travelling pulled into a lay-by.
As he stepped off the minibus he found what he thought to be terra firma but was actually human excrement.
Oh well, at least he can claim to have first-hand knowledge of the problems associated with the lack of proper parks for hauliers.
Dover TAP has been deployed 13 times this month after new Brexit regulations came in, leading to queues that could be seen from space.

Quote:
"One of the great promises of Brexit was freeing British businesses to give them the headroom to maximise their productivity and contribution to the economy - even more desperately needed now on the long road to recovery from the pandemic," said PAC chair Meg Hillier.

"Yet the only detectable impact so far is increased costs, paperwork and border delays."
Never mind things can only get better now Rees-Mogg is in charge, right?

Thing's will get better, right?

Apart from some of the more deluded party members and Brexit ultras, the tories know that Brexit is a disaster for the country. At this point they are only concerned with convincing a certain key part of the electorate that it isn't (and that section of the electorate are desperate to believe that it isn't) - enough to get them through another election. Reality is irrelevant.

JRM's job will be boosterism, praising every little deal like a massive brexit win and spinning bad brexit news with culture wars, selective data and "give it 50 years".

"All you need to do, to contemplate & consider the impact of Brexit, is to look at where we would be if we hadn't done it"

He has been on my must listen list for a while now.

My new Flash Fiction blog. All my own work
500ish

I am not young enough to know everything.

Quote:
Snaps says...
"He has been on my must listen list for a while now."
I'm not subscribed to the LBC channel, but more often than not if one of their vids pops up I'll gove it a listen & generally agree with what's being said. It's quite telling that he mentions those who are 'reaching for the off button or switching to Radio 4', because on the odd occasion I'm discussing a hot topic of the day and mention something James has said, or link to one of his videos, the person I'm having said discussion with will adopt the impression I've just Godwinned myself out of the argument for having the audacity to mention his name