last post by admars
Actually, I'm something of a Youtuber myself

last post by admars
The Book of Mormon (play)

last post by sj
Alone in the Dark remake

Review
Review for Star Trek III : The Search For Spock

Review
Review for Doctor Strange in the Multiverse of Madness

Review
Review for RUNNING OUT OF TIME 1 & 2

Review
Review for Fantastic Beasts: The Secrets of Dumbledore

just spotted this in the "trending" newsfeeds on facebook.


http://www.imdb.com/news/ni57803482/
Quote:
Kevin Smith has been talking about making “Clerks III” for years, but it sounds like his script may finally become a sequel, thanks to the box office bomb “Tusk.”Not heard of Tusk, seems like it only got a limited release in USA.

Quote:
To quote Smith, who announced this on his podcast:

“A year and change ago, I was desperately trying to get Clerks III made for the 20th anniversary, and that desperation — I must have reeked of it because I couldn't f***ing find money and s***. But it was Tusk, people going, ‘Holy s***, what else do you have?’ and I was like Clerks III and they're like ‘Done.' So, everybody that's like, ‘He failed, he failed,’ I'm like ‘Thank you, I failed into doing Clerks 3.'"
loved the other 2, so finger crossed, this and Bill and Ted 3 could bring back some fond memories :)

Clerks and Clerks 2 are my most watched Kevin Smith films so I'm happy about Clerks 3.

The Canuck trilogy he's working on has me scratching my head a bit though. Tusk, Yoga Hosers and Moose Jaws all sound batshit crazy. Who gives someone money to fund a trilogy that he devised while eyeballed on a podcast? 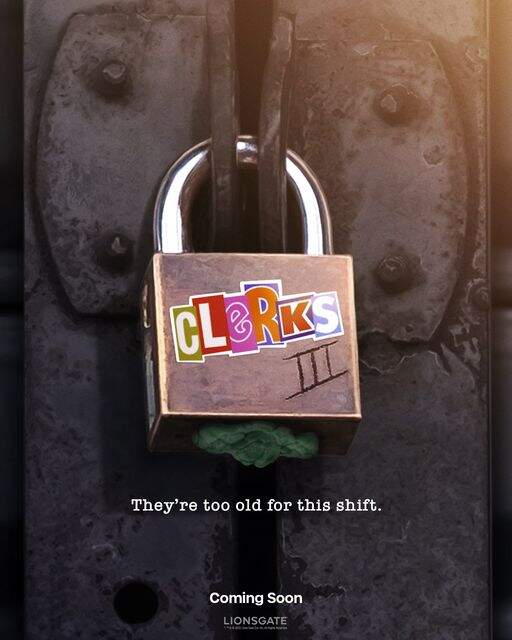 There’s light at the end of the tunnel: the trailer for Clerks III releases in just six days. #Clerks3

I should probably finally watch that Clerks DVD I bought all those years ago...

I love that film so much, Clerks 2 as well

Quote:
How we made the new @ClerksMovie: by pulling up Clerks on @hbomax and composing matching shots. High-tech s***!