last post by Brooky
What are you listening to now??? (Music recomendations)

last post by admars
This Time with Alan Partridge season 2

last post by Robee J Shepherd
Coronavirus, anyone starting to get worried?

Review
Review for The Return Of The Pink Panther

Review
Review for The Pirates! In an Adventure with Scientists (Blu-ray 3D)

About this user: This user has chosen not to submit a description :(

RE: [VIDEO] What are you listening to now??? (Music recomendations)

Quote:
admars says...
"Muse: Simulation Theory was on BBC the other day, it's quite a bonkers live show/film with crazy John Carpenter Sci Fi nonsense in between the songs. I must admit I prefer the old stuff to the newer stuff, but I can see why a mate who saw them at Wembly said they were amazing. At least if you pay the silly money to see a stadium show, with them you do see a real stadium show, and something quite special."
I saw that tour at the Etihad, it was brilliant...

Quote:
Brooky says...
"But what about Prince Phillip??"
Good summary of him here:

Will be interesting to see how successful this move is.  Not massively hopeful, but let's see...

I haven't seen any except the original...

This is the one film I've been waiting for...

Quote:
Robee J Shepherd says...
"Well done Helena, you are right, as long as you ignore the fact they are dying painfully in hospital beds. 🙄"
It's rather silly, especially as the government in which she serves has locked down the entire population since March last year.

Quote:
Robee J Shepherd says...
"Wow, you missed out. ;) I thought you'd have known he was cancelled because of all the woke snowflakes that now control the world... 10 years ago."
Oh, I remember that...vaguely.

I thought there was something new, after all he appeared in Expendables 3 and directed Hacksaw Ridge after that s*** show...

Quote:
Pete-MK says...
"Plus Groundhog day & Happy Death Day 1 & 2."
Not seen either of those (or three as the second appears to have a sequel) - did Bill Murray die constantly in GHD?

What's the issue with Mel Gibson?  I'm obviously not in that echo chamber?

That reminds me of Edge of Tomorrow, but funnier...

Quote:
Robee J Shepherd says...
"As Covid and Brexit hits the economy hard, and the NHS needs every penny it can get, let's spend nearly half a million extra on making Rishi look good."
Can't and won't argue with that...

So Covid finally comes to my family with one of my daughters testing positive.  She thinks it's a false positive as she's also two lateral flow tests that were negative, but still...

On the plus side, she has no underlying health conditions and has been vaccinated already as she's a care worker.

Finished AC:Valhalla, played some GR: Breakpoint and now picked back up with Borderlands 2...

Quote:
Robee J Shepherd says...
"As I don't think we are in the echo chamber you are in, I think we'll do a pretty good job at avoiding it still!"
That explains why no one is now bothering with the Biden Presidency thread...

Quote:
Snaps says...
"I have avoided the whole gender debate with all it's many angles entirely so far.
I used to follow Graham Linehan (Father Ted) on Twitter until he disappeared so far down that rabbit hole that nothing else ever appeared on his time line."
You may not have a choice in avoiding it shortly... 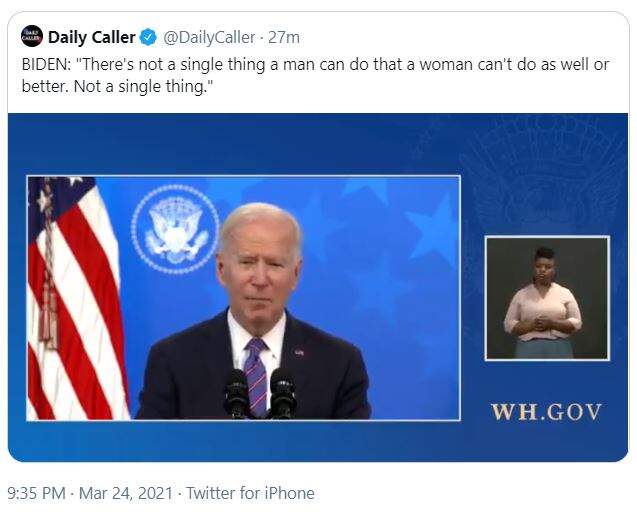 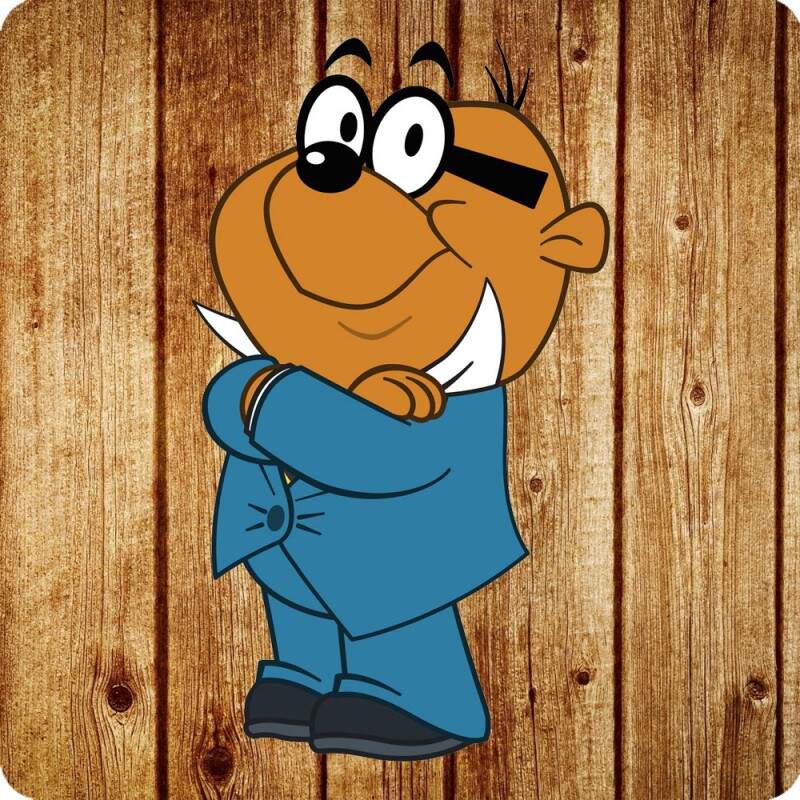 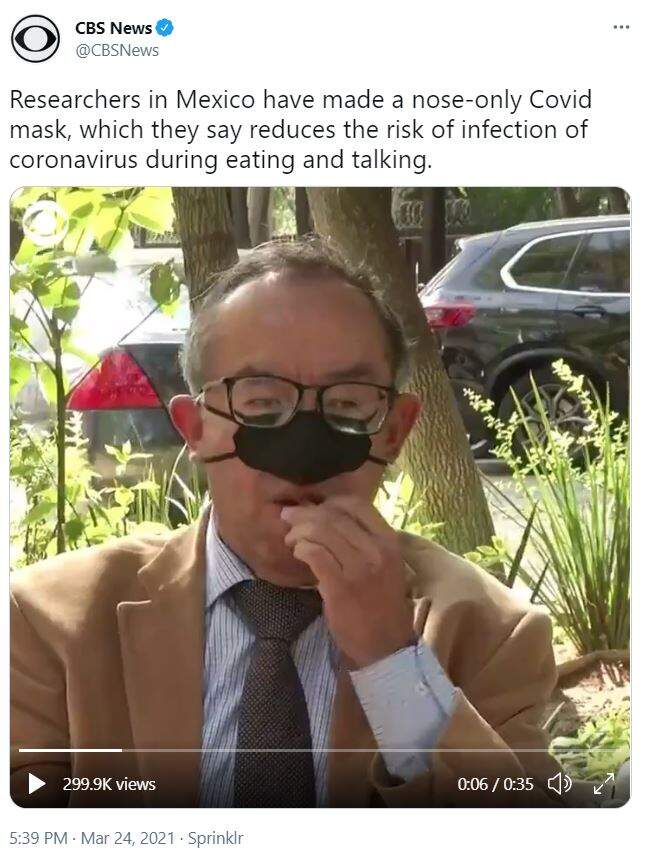 How long before we have to all wear these as well?

Quote:
Robee J Shepherd says...
"I do worry though that this is a distraction from solving the problem in the first place. :/"
As I've said previously, I'm not convinced you can ever solve this problem.  There will always be men and women (mainly men) who will rape, assault or kill other human beings.

Education by itself is not going to stop that from happening.  Nice idea, but if it were that simple we would have resolved it by now.

I wish it wasn't so, but some people are just wired differently from others and therefore either have those sort of cravings or are shaped by bad experiences, some as simple as an overreaction to rejection or bullying but others far more complex.

Personally I think all we can do is work out as a society (or nation) what we want to do about trying to keep people safe and also what we do with those offenders when caught.

Might also help stop some of this female equality nonsense about there being no biological differences between the sexes when that is blatantly untrue.

Sadly I just don't think there is an easy answer.

Quote:
Pete-MK says...
"I'm half an hour in and losing any compulsion to continue"
I'm glad I'm knee deep in episodes of CHiPs for the foreseeable, at least until Line of Duty finishes so I can blast through series 6...

RE: Guess what just happened in America

Quote:
Pete-MK says...
"None of that pertains to ownership of assault weapons, and weapons of that type. No-one needs a semi-military-type weapon in their home, and no civilian needs to own one."
I think we both agree on that score, but the US gun owner mindset is completely different to ours...

RE: Guess what just happened in America

Quote:
Pete-MK says...
"I'm just wondering when IS the proper time for a debate on gun control, because now looks like a really good time."
Not sure there'll ever be a good time for some people.

However, even with your information in mind, you might want to consider this information about Boulder, Colorado:

So, you will notice that 1 murder seems to have been reported, but on the flip side has a rape rate higher than the US national average and an assault rate of 1.92 per 1,000 people as opposed to the national average of 2.50.

I would suggest, that although I don't agree with it, that the move against the ban was probably predicated on the fact that Boulder is only safer than 9% of other US cities.

Here's the analysis of this city on that page:

Quote:
With a crime rate of 38 per one thousand residents, Boulder has one of the highest crime rates in America compared to all communities of all sizes - from the smallest towns to the very largest cities. One's chance of becoming a victim of either violent or property crime here is one in 26. Within Colorado, more than 87% of the communities have a lower crime rate than Boulder.

Importantly, when you compare Boulder to other communities of similar population, then Boulder crime rate (violent and property crimes combined) is quite a bit higher than average.

Regardless of how Boulder does relative to all communities in America of all sizes, when NeighborhoodScout compared it to communities of similar population size, its crime rate per thousand residents stands out as higher than most.

Now let us turn to take a look at how Boulder does for violent crimes specifically, and then how it does for property crimes. This is important because the overall crime rate can be further illuminated by understanding if violent crime or property crimes (or both) are the major contributors to the general rate of crime in Boulder.

From our analysis, we discovered that violent crime in Boulder occurs at a rate higher than in most communities of all population sizes in America. The chance that a person will become a victim of a violent crime in Boulder; such as armed robbery, aggravated assault, rape or murder; is 1 in 355. This equates to a rate of 3 per one thousand inhabitants.

In addition, NeighborhoodScout found that a lot of the crime that takes place in Boulder is property crime. Property crimes that are tracked for this analysis are burglary, larceny over fifty dollars, motor vehicle theft, and arson. In Boulder, your chance of becoming a victim of a property crime is one in 28, which is a rate of 35 per one thousand population.
I know we agree with regard to gun control but as I've said previously, I really think that ship has sailed over there.

I get that they tried to implement the ban due to the number of school shootings, but that ban doesn't make people feel safe if you're in one of the unsafest cities in your country.

Quote:
Robee J Shepherd says...
"I'm sure Boris on these PPE contracts will be found the same level of guilty... despite a court telling him before he misled parliament again."
Possibly, I'm more relaxed on those as that's about money spent during an emergency where we needed supplies.  I'd like there to be full transparency though so that people can judge for themselves...

Found to have misled Scot Gov but apparently not knowingly...

Quote:
Jitendar Canth says...
"It's in the establishment's interest to exonerate figures of authority to keep the rabble from acting up. It has ever been thus, hence every inquiry is always decried as a whitewash."
Good point, well made...

I find it bizarre that anyone thinks there isn't something dodgy going on up there, but hey...

This appeal has now passed a quarter of a million pounds...

Can't really argue with that, other than suggesting some people might need to look in the mirror...

RE: EDL too racist for EDL leader

Not sure an interim stalking order is actually enough...