Your Reviewer
Forum List
Latest Forum Posts
It what’s Next??

last post by Brooky
Olivia Newton John has died at 73

last post by Si Wooldridge
Masters of the Universe: Revelation

Review
Review for RUNNING OUT OF TIME 1 & 2

Review
Review for Fantastic Beasts: The Secrets of Dumbledore

Review
Review for Man Without a Star (Masters of Cinema)

Info and forum posts by 'admars'

About this user: This user has chosen not to submit a description :(

RE: [VIDEO] Masters of the Universe: Revelation

just finished it, thought the 2nd half was much better than first half, the Evil-Lyn back story was good, and I think Lena Headey was the best person in it.

I guess getting the cast is easy? ;)

Hi Lena, Kevin Smith here, I'm rebooting He Man
oh I used to love that when I was a kid, let me think about it
Luke Skywalker is in it
when do we start?

‘Batgirl’ Directors “Saddened and Shocked” After Movie Is Shelved

I guess someone has a spreadsheet with how much they'd spend on advertising, paying the stars to do promos, interviews, jet them round the world, and they don't think they'll get it back, crazy though they it's not even worth release on streaming.

Unless, the test screening was way off finished, and they really want to cut losses early and not pay any more post production work?

hope it all goes well


and while we're here, I've seen posts about Felipe Nunes, but didn't know they have competitions for disabled ppl in skateboarding, paralympics soon?

Hopefuly the way it will tie in with he stuff brought up in Rebels will be really good, and flesh out the story,good to see Saw, as he was pretty interesting in Rogue One and Rebels

and I guess it was ok for the kid to imitate what she saw on tv :)

RE Millie Bright, she was the player  that caught my attention when i saw the women's qualifiers here a few years ago, as she contradicted what many men thought about women's football

1 - bloody good passer of the ball, excellent crosses
2 - I wouldn't have liked to have been on the receiving end of some of those challenges by her :)

yeh, i'm not sure girls running around in underwear was what they were meant to do to imitate their new idols ;)she watched a full match though, which is a first :)yeh, exciting stuff, wish i had bought tickets as soon as they went on sale, but then we weren't to know the tournament would have been such a success.

Next door and my dad won't give it the time of day still though :(

just said to one of the girls

"stop swinging your shirt round your head, when you score at Wembley, then you can do it (unless you're already on a yellow)":)

[VIDEO] RE: Is this weird

I remember going to the pub one Chritmas time, got home, watched the Father Ted Christmas special I had recorded.

it's the timing an delivery, but I think there's certain films, I've seen once, enjoyed, have no burning desire to see again, other films I've seen lots.

There's Simpsons episodes I'll watch again and again, I especially love the one where Homer goes to Clown college, and him and Krusty have to do the little bike routine for the mob boss, I remember the first time I saw that I rewound and watched that bit again :)

Only fools and horses chandelier, and bar scene :)

Quote:
Snaps says...
"But watching the same comedy sketch, probably about seven nights in a row now, because comedy relies on the surprise element."
some spy films, whodunnits, crime thrillers are still worth watching  again and again, even if you know the twist in the end, i guess they're different 'cos sometimes it's interesting on the rewatch you notice the breadcrumbs you missed first time.

what amuses me, is some the kids' tv shows have comedians, who are a bit Vic and Bob, who were a bit Morcombe and Wise, and so you show them some old Morcome and Wise clips, that the missus and me have probably seen nearly every Christmas since were were kids, and we're all laughing :)

RE: The adidas Originals Star Wars Collection for 2010

RE: WinAmp being discontinued :(


Amazing to think how I watched his programmes when I was a kid, now my kids watch his progammes, well actually I think they're a bit too old now for Old Jack's boat, but the missus still likes it, and sometimes has a tear in her eye when watching it! 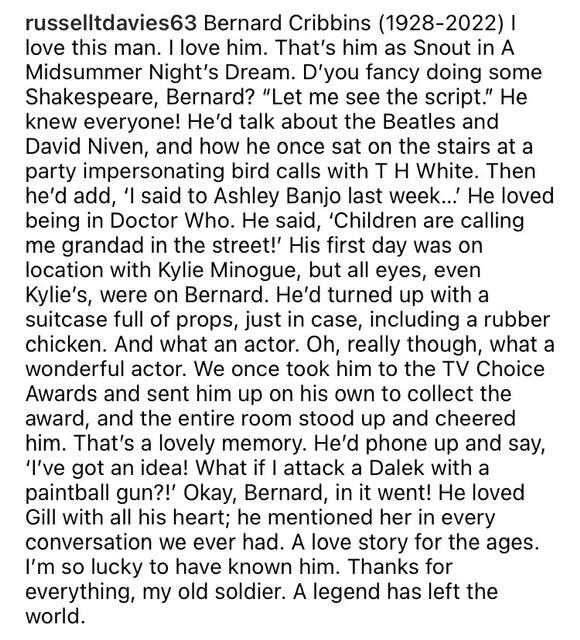 RE: [VIDEO] What are you listening to now??? (Music recomendations)

not bad for an indie pop/rock band from IoW

is it wrong to describe Russo's goal as "pure filth" ;)

glad Bronze scored, as she didn't seem to be getting the credit deserved for the great ball in for Mead's goal

edit: OMG it's like the Spain match, once they get one, they become a beast!

[VIDEO] RE: Ticket booking fees declared too expensive by Which?

The Joiners (small infamous pub venue here, has had some massive bands play there before anyone knew who they were) just posted this

I heard rumour that Ticketmaster were toying with the idea of adjusting prices to demand! The sort of bands I like now don't play Wembley, and at £100 a time I wouldn't go if they did. ( I think when I saw GNR there on the use your illusions tours, it's was something like £30 including coach!)

edit: wow maybe I was being optimistic with 100
Bruce Springsteen: Ticketmaster responds to backlash amid ‘dynamic pricing’ controversy

Quote:
RJS says...
"Is that Daredevil at the end? I mean that would make total sense with the lawyer angle..."
there's another Daredevil tv series that's been announced so I guess it makes sense to reintroduce him ?

apparently some tickets were made available at 10:00 today for tomorrow's matchh, I guess they went quick.

you could buy tickets for all matches before the tournament started, so I guess some people bought semi and final tickets then hoping for England/ just wanting to enjoy the atmosphere, see a match, fair play to them.


there some available for Germany France, but when i went to the page, it said they were available but i couldn't see any seats to choose!

auto book best seat found one at £25 which isn't bad, unless best available is rubbish right back in corner behind a pillar

there's kids there as well

Quote:
Pete-MK says...
"The other two weren't even in the same league."
yeh, and as Sky gets bigger and stronger so she can go higher and maintain speed that gap could get bigger, unless the other competitors were trying bigger better tricks, and weren't making them. There were definitely better runs at the Olympics.

Having said that, the gap is still enormous between men and women, but the women are generally younger, I mean it's pretty crazy to be doing that stuff at 14, hopefully she can stay in control of her fame.

on the plus side, the music?

I have no idea how many I've seen, I'm pretty sure I've seen the first one, a long time ago, would you have to sit through all of them, how many are good?

oh, so this is actually the fifth in the series rebooted by Rob Zombie. I've def not seen the recent ones, I quite liked Devil's Rejects and House of 1000 corpses though, I think, I have them both on dvd, I assume I wouldn't have bought the 2nd on dvd if I hadn't liked the first, unless I just picked them both up cheap in supermarket?

Having finished watching the good dramas I've been watching I went back to this, watched the last 2 back to back, meh

"Chrissie Hynde" continues to be the best person in the show, most interesting, more interested in her story than the rest of them.

Even when Nancy turns up it's just a bit dull, yeh, she does heroin, Sid does heroin, tour in USA breaks up the band, deliberately left vague as to what may or may not have happened regarding their deaths, but I didn't really care.

On the plus side I guess it's good it didn't try to make them out to be saints?

I guess the infamous tv appearance bit was interesting, the public reaction to a "rude word" on tv back then, when now you hear school kids saying worse and the c word is the only word which depending on the show gets bleeped occasionally.

used to love NIN in my college days, still follow them, and quite like what I've heard of St. Vincent on Jools holland etc, always seems a good performer

sadly not a reboot of the cartoon from what I can tell, looks like it could be fun though

was about to say we're being outplayed and out muscled, then we scored, then looked like a completely different team!

that 2nd goal though wow

today it was like watching England men's or Saints, it's bloody hard work and too stressful ;)

got canned after series 3, i heard good things, but didn't get round to it

RE: Quick question re new laptop

Dell XPS is the Dell equivalent, i.e. the design spec was "make a windows laptop which looks like a mac" ;)

has she played with one in an Apple shop? I know someone who bought one recently, he's IT literate but having a nightmare doing things he can easily do on a windows pc, I'm sure someone who has used a mac for years would moan about windows.

but also another friend loves her iPad, loves her iPhone, her husband recently bought a mac, she said she hates it, it's just not intuitive after years of windows despite what the zealots say.

My experience of mac is v limited, i remember at uni using one for the first time, walking up to the helpdesk,
"how do i eject my floppy disk?"
"you drag the floppy disk onto the rubbish bin"