last post by RJS
What gig did you just go to?

last post by admars
Actually, I'm something of a Youtuber myself

Review
Review for The Shaolin Plot

Review
Review for Ride Your Wave

Review
Review for Onoda: 10,000 Nights in the Jungle

Review
Review for Knights of Sidonia: Love Woven in the Stars

Review
Review for Is the Order a Rabbit? BLOOM - Season 3

Info and forum posts by 'RJS'

About this user: Yes thats right I`m the Site Administrator here at Reviewer. I`m responsible for making sure everything you see on this website works. Also am responsible for our content team.

That was a great finish to the season!

I mean, who wouldn't want to watch it?

Not being familiar with the places they took the source material clips from, this is very convincing.

RE: [VIDEO] Ticket to Paradise

That looks a very angry movie!

As we wait for Jesus to be signed... remember when we were bottom of the league?

RE: [VIDEO] My Old School

RE: [VIDEO] My Old School

[VIDEO] RE: Dino another day

RE: [VIDEO] short films that are WWAW

RE: [VIDEO] What gig did you just go to?

The Snuts were great and worth catching
Mark Owen was brill
Kasabian ruined by them lowering the speakers due to high winds
Pete Tong's Ibiza Classics was ace
Wet Leg stole the show for me
Rudimental loads of fun
Muse very good, amazing set

SPOILER:
Vader can throw giant piles of rocks on Obi-Wan, drag a ship to the ground but can't cross 10m of fire to get Obi-Wan

Vader lets Reva live, I mean okay if she is so insignificant to him fine, but he was executing her earlier just for being supposedly bad at her job. Not even an implication why he leaves her alive when that's so not his style

Obi-Wan getting his full powers back in about 30 seconds, okay so this was also the time it took Anakin to turn to the darkside in Ep III, but where is the journey? If it was that easy why not get them back on the other planet before rebels died?

Leia is not going to forget Obi-Wan after that experience aged 10, so that never got explained

Darth was too well formed, basically behaving exactly like A New Hope Darth but skill wise no match for Obi-Wan. At least we know how he gets that scar now. Breaks continuity with IV though because when he left Obi he was but the learner, don't believe this Darth would consider himself that

If Reva knows where Luke is, and who he is, why doesn't Vader?

Obi-Wan got to Tatooine a bit quick didn't he? I guess the timeline works out, but just such a messy addition to the episode when we all know he lives
It's not that these holes exists that bothers me, it's how in all the other shows they've been so careful to maintain continuity, but here they just couldn't be bothered.

I think I just found the overall story pointless and unnecessary, adding nothing to the lore, actually making some parts of the lore make less sense.

But if Reva gets a spin-off series, or they do a second series where Obi-Wan and Reva run around the galaxy, I'd forgive them everything.

Quote:
Snaps says...
"Actually the first thing that came up on a Google looks easy to navigate and starts as basic as you want, Chess.com"
Chess.com is good, but some of the features Lichess gives you for free require a subscription on Chess.com. Like game analysis, you get one free a day and then it's money time.

I did sub to Chess.com for a few years, but now I just prefer Lichess.

More of Ben F. which probably has his catchphrases of, "Knife F5", "Terrible" and "You with the wrong answer":

Eric Rosen is wonderful, his catchphrases are, "There's a funny line..." and "Oh no my queen!":

And at some point you will discover the Botez gambit...

St Louis Chess Club has a lot of beginner lectures, GM Ben Finegold is a legendary character who is on some of them:

For sites to play on, I would use lichess.org as it has free engine analysis, it will analyse your games and show you where you went wrong.

Chess puzzles are good for improving too.

Quote:
alfie noakes says...
"I think that was sort of the point: the 'senior' member of the team looks like a 14 year old boy but is actually a 60 year old man." 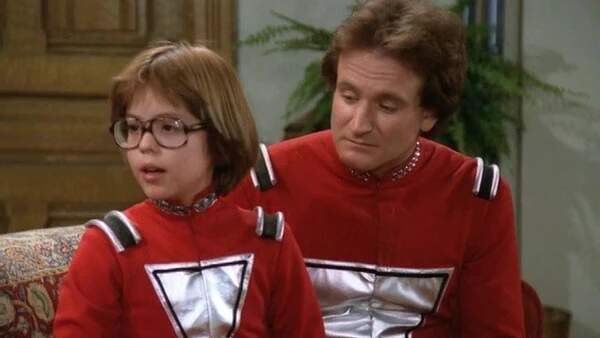 RE: being 'paid off' to remove bad review

MyReviewer neither condones nor condemns this behaviour

RE: My Chess Set (well nearly)

I do love a beautiful chess set, and this looks like one!

RE: [VIDEO] What gig did you just go to?

Currently at the Isle of Wight Festival...

Heather Small... I mean how many other artists can bang out a set of strong sing along tracks everybody knows every single song from? Movin on up!

Happy Mondays... Kinky Afro, Loose Fit and Step On all good and all, but when Bez is the stand-out highlight, something is missing

Quote:
Snaps says...
"with those of our internationals going to the later stages in Qatar succumbing to injuries in the second half of the season"
We'll go out in the group stages, it'll be fine

Quote:
admars says...
"that was better, an actual proper good episode :)"
I was thinking the opposite! ☹️

RE: [VIDEO] The Floppotron

Quote:
Snaps says...
"Restricted to just desk space and I'd like to have space for a second monitor. Just a 19 inch to maybe play about with coding"
I do like multiple monitors for coding, but I also know people who love ultrawides for them.


Quote:
Snaps says...
"upgrading to a 4k 27 inch curved monitor"
Does ultrawide tempt you at all?

SPOILER:
That was quite an outfit

Wow that was an amazing series.

SPOILER:
Even if the only thing I know about how it ended was... Loki will return in Season 2.

I used to love the Munsters, these actors seem terrible though!

I'm watching Loki right now and this whole "watch after the credits" thing is very annoying because they never tell you when to and when not to!