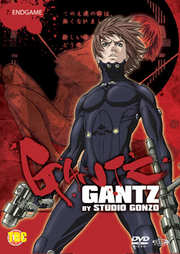 DVD
No Game No Life: Zero

DVD
No Game, No Life Collection

Here we are, seven volumes and twelve months down the line at the end of another anime series. Gantz has been one of those annoying itches of a show, without many redeeming features, full of flaws and annoying characters, never quite seeming to fulfil its potential, yet oddly compelling regardless. There`s no rhyme or reason to it, but I have been anticipating each volume, and waste no time in getting to the next episode when it does arrive. It`s like Pringles, once you start, you can`t stop, only without the obesity. Maybe this final volume will divulge just what it is that makes Gantz so addictive. Once again, end of series syndrome strikes, and we get a reduced episode count. But to make up for that, you get double the extras.

A mysterious black sphere appears suddenly in an innocuous room in Tokyo. Suddenly the lives of random people are inexorably changed, beginning at the moments of their deaths. Reincarnated in that room they learn that the sphere, known as Gantz, now controls their lives. They are assigned missions by the sphere, to hunt down and eliminate an alien menace unseen to the rest of society. They also learn that they too are unseen as they do Gantz`s bidding. Equipped with strength enhancing suits and fantastic weaponry, they compete to amass points. But what is Gantz, where did it come from, are they dead, dreaming or playing some bizarre game?

As we head into the final chapter, Gantz has started another game, selecting familiar faces to Kurono to take part. Most notable are the two thugs who were in the Temple complex, hunting the homeless for sport. However Gantz has nominated Kurono as the next alien to be hunted, and at the end of the last volume, he was running for his life. The final three episodes of Gantz are presented here in Volume 7: Endgame.

24. No Labyrinth Is Inescapable
Kurono is still being hunted, and Gantz is sending him hallucinations that don`t make things any easier. He still has the presence of mind to rescue the pretty girl from a sticky situation. Meanwhile his protestations of innocence have sown the seeds of conflict amongst the rest of the players and they turn on each other.

25. Let`s All Go Back Alive
The two killers have shown their true colours, and now the group have to hunt them down and stop them, before they too are killed. They don`t know that the thugs have access to more than just Gantz` weaponry, and they`re walking into a trap.

26. Please Live
Despite their best efforts, the players have been whittled down once more, and now there are only three left. But just who is the enemy, and will anyone survive at all? 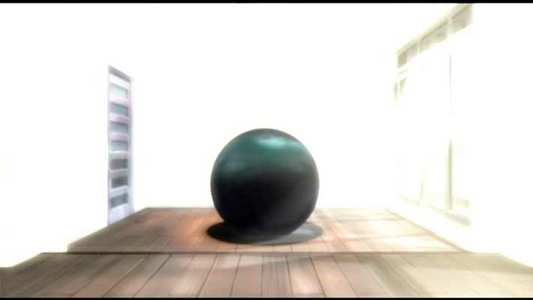 Gantz is presented in a 1.85:1 anamorphic ratio on a single layer disc. The image transfer is up to MVM`s usual impressive standards, clear and sharp throughout, with only the usual colour banding associated with anime, as well as the occasional signs of the NTSC to PAL transfer. It`s all pretty unnoticeable.

By now the blending of 2D and 3D is close to seamless, or at least I`m used to the look of the show. The character designs are as detailed as you would expect from a Gonzo animation. Once again, conversation scenes are more static, but the action sequences are very impressive. 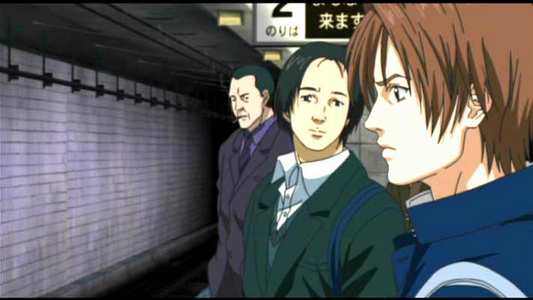 You are presented with a choice of DD 5.1 English or DD 2.0 Stereo Japanese. I chose to listen to the original language track as always, and I found it to be quite acceptable. The dialogue is clear and there is audible separation on the stereo, with subtle ambience and spot effects. I spot-checked the English track, and found it to be of similar quality, with the surround effects given greater reign. The English dub is acceptable, but in an attempt to push the age rating even higher, there is a level of profanity absent from the original language track.

This is another series that relies on a good soundtrack, and I found the rap theme tune grew on me with repeated exposure. The show`s soundtrack continues at a similar frantic pace, but the reflective piece that plays over the end credits is the highlight of the soundtrack. You get translated English subtitles, as well as a signs only track. I noticed a couple of grammatical errors during the final episode, but nothing major. 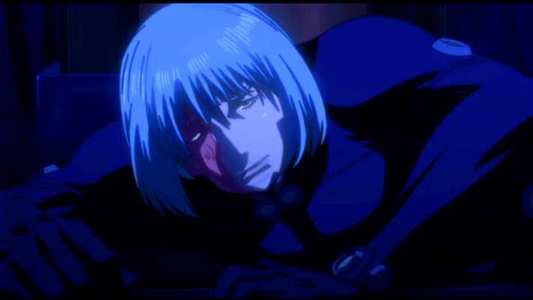 One final time you get the animated menus, trailers for Texhnolyze and Saiyuki Reload, and the clean credit sequences.

There are two featurettes this time around, beginning with The Secret Behind The Impeccable Images Of Gantz. This lasts 16 minutes and is narrated by Masashi Osato a.k.a. Kato. As you would expect, this offers a behind the scenes look at the animation process, from first sketches to the editing process. There is also a brief bit on the series` production. Second is the DVD Special Features Collection, which serves as highlights of all the special features thus far, although it does add some unseen footage, including some tantalising hints of where the story may go. This also lasts 16 minutes. 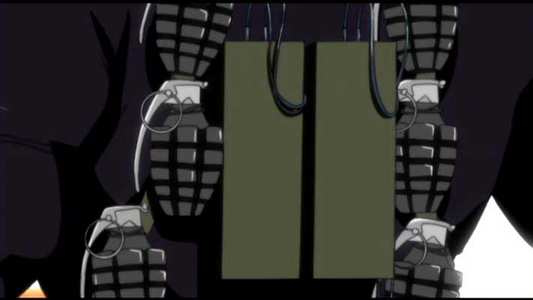 Aaaargh! Gantz finishes in just the same manner that it progressed, utterly frustrating. In simple terms, it delivers everything that a series conclusion should, action that trumps that which has come before, and what is most definitely a conclusion, a moment that underlines the series. However, there has been a part of Gantz that has been the enigma, the question of just what the sphere is, what its purpose is, and what is the meaning behind those who are chosen and the game that they are forced to play. None of this is resolved, although to be fair, by the fourth volume or so, I was not really expecting any answers.

Then there is the ending. I don`t know how Gantz really could have ended in a satisfactory way, given the direction the series took. Gantz was a creation with preternatural powers, it knew everything, manipulated everyone, controlled all. For our heroes to actually succeed against Gantz would have required an unbelievable amount of coincidence and luck. Given the direction of the show, a happy ending would have seemed out of place, even wrong. On the other hand, given the nihilistic bent to the show, an unhappy ending would hardly have been surprising, although it would have left those who had invested in the characters with little return on the 10 hours of animation. Gantz turns out to have three hands. Its third way, the conclusion it pulls out of the hat is neither satisfying, nor depressing. Instead, it returns to that barely discussed enigma that is Gantz, and adds one final question to the litany that remain about its purpose. It`s not an utter farce on the order of Tim Burton`s Planet Of The Apes, but it is enough to elicit a grunt of frustration, and grind the enamel off several teeth, as one wonders again, "Just why did I sit through this?"

The answer of course is the journey. The interest in Gantz stems from the variety of characters it abducted for its little game. Everyday people taken from all walks of life and placed in an utterly alien situation to see how they would act. Just like the no win scenario from Star Trek II, Gantz has no solution, it`s a test of character. It`s all about evaluating how people respond to the ultimate challenge. Although while the Star Trek movie offered a way out of the quandary, Gantz offers no such concession. Whether the players cowered in fear, attacked head on, were sneaky, ultimately forced into acting, or played their team-mates off against each other, the outcome was the same. In that respect, Gantz offers more of a Lord Of The Flies perspective on humanity, an observation that regardless of civilisation and upbringing, the brutal animal lies just beneath the surface of most people. It`s just that with its invariably negative outcome for all participants, the bleak message seems to be that it doesn`t matter how you approach life since the outcome will be the same.

Philosophy aside, the other reasons for watching Gantz would be the Sex and Violence. While there are OVAs and `speciality titles` that make Gantz look tame indeed, Gantz turns out to be surprisingly graphic for a television series. Indeed the DVD version has scenes that never aired on TV. There`s blood, guts and gore by the bucket load, especially in these final episodes where the battle is between the Gantz players and there is no oddly coloured alien blood to sate the censors. The various battles have been imaginative, as well as the way that the various players have been despatched. The final episode is a tad toned down compared to what has come before, and in true Gantz fashion, the action pauses for debate. Here we get a discourse on human nature and the necessity of violence. Of course the obligatory America and Iraq reference is made, but just before a full blown political rant seems imminent, we dispense with the niceties and get back to the bloodshed.

I suppose that it`s easy to get a little disillusioned with the ending of Gantz, and for those with an interest in the series, it`s worth noting that the anime diverged from the manga for the final arc, and if the anime disappoints then the printed story is still available. As for me, I still haven`t been able to put my finger on it. I don`t know why I like this series as it fails to live up to its potential in every respect. But there is something about it that is strangely compelling. I think it fulfils that inherent need for mindless gory violence, and there is just enough simmering under the surface to hint at a deeper message. But I`ll be damned if I know what that message is.

Gantz, I like it, but I don`t know why. Now there`s a review for you!