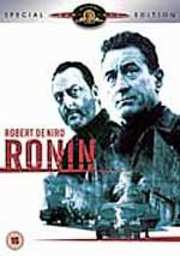 Chances are that even if you`ve never seen this film before you`ll have had it described to you by your film-loving friends as "the film with the greatest car chase ever filmed". Most of my friends describe it that way, so surely they can`t all be wrong. The original DVD of this film is still one of the most reviewed discs on this site, so it`s a popular title amongst our readers.

The film stars the ever reliable Robert De Niro, alongside the excellent Jean Reno. They are hired to retrieve a case by the always watchable Natascha McElhone (although her accent is distracting here). Also on the team is token British guy Sean Bean, and they are all working for another dodgy villain, in the shape of Jonathan Pryce, who`s thankfully less hammy here than he is in Tomorrow Never Dies. That wouldn`t be difficult though would it? 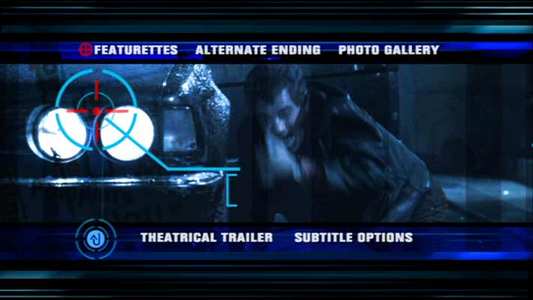 An excellent 2.35:1 anamorphic transfer is on show here, with superb levels of detail, a distinct lack of print damage and a nice absence of grain. The pallette is muted when it`s supposed to be and also bright and colourful in the lighter moments of the film.

And it`s just as well that the transfer is so good, because it has to bring you those beautifully filmed car chases with their crazy stunts, high octane action sequences and utterly top notch driving. And they really are a joy to watch. 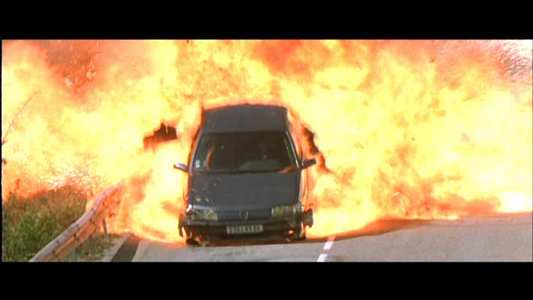 A choice of a DD5.1 soundtrack as featured on a previous release, and a brand new dts track. And boy, what a pair of soundtracks, although the dts is definitely superior on this disc. And it really rocked my room loud and hard, with some deep, crisp bass and plenty more besides.

There`s just so much going on all around the soundfield, with ambient noise sounding excellent during quieter moments, and some beautiful bullet sounds, hails of gunfire, and quality explosions. The car chases bring the most noise to your room, but it`s all nicely controlled and never sounds messy or distorted.

Definitely reference quality, and one of the few 10s that I`ve given out. 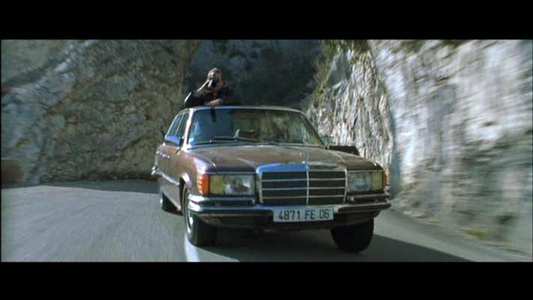 A quality extras package on offer.

We start off with the commentary track, from director John Frankenheimer. A very dry and technical track, but still intriguing to listen to, because he has so much to say about the film and is enjoying sharing it with us.

Moving on to disc 2 we start with In The Cutting Room which covers the editing of the film and how everything got cut together to produced the finished article.

An Actor`s Process is up next, and features Natascha McElhone talking about working on the film, her character and interacting with the rest of the cast.

Composing The Ronin Score tells the story of how the soundtrack came together featuring composer Elia Cmiral.

Here come the best 2 features though, covering the car chase sequences. The Driving of Ronin and Filming in the Fast Lane go behind the scenes on the big chases in the film, and give you all the insight you could ever need into filming a car chase. These guys sure can drive.

We wrap up with an alternate ending, photo gallery and trailer. 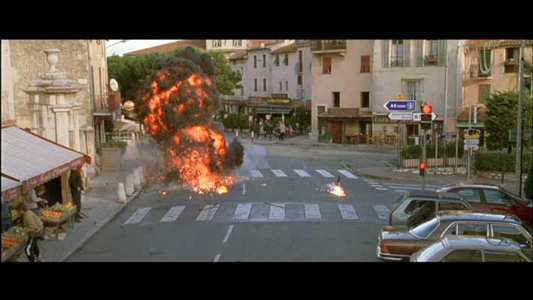 What a film. Yes, it really is the best car chase committed to celluloid so far, and it wipes the floor with anything else you care to name. But wrapped around the chases is an intelligent and enjoyable film which has been well written and well directed, and with an excellent cast who all put in top notch performances, despite a few dodgy accents. There`s plenty here for action lovers, but if you want something that makes you think too, then you`ve got that as well.

All of this has been wrapped up in an excellent DVD package, with great transfer and absolute reference quality sound which really enhances your enjoyment of the film. And if you want to know more about any aspect of the film, there`s an extra to cater for your interest.

Here`s the big question then. If you have the previous release (and many of you will), do you upgrade? I would say yes, yes, yes. The dts soundtrack on offer here is excellent, and the improved array of extras should also help to swing some floating voters. You might feel bitter having to shell out again, but those feelings will melt away when you shove this disc in and crank it up.