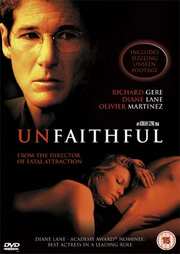 With a title like Unfaithful, you might be forgiven for thinking that the film might actually be dark and scary. Perhaps treading over old ground ala Fatal Attraction with a psychotic third party. Unfaithful however is not a dark or scary film. Diane Lane plays Connie Sumner, an attractive domesticated mother and wife who lives in the suburbs. The picture painted here is one of uneventful contentment, so why would she risk her marriage for a fling with a gorgeous stranger (Olivier Martinez)? After seeing her husband (Richard Gere), you might conclude that anything would be better. 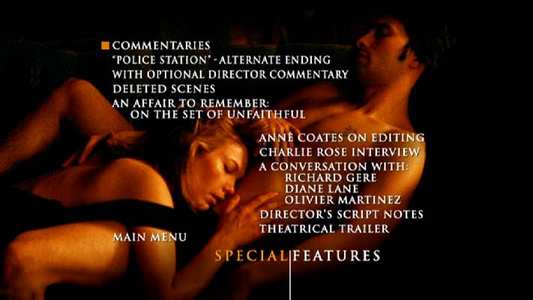 The quality of the 1.85:1 anamorphic transfer for Unfaithful is very good. A lot of attention has been paid to the visual style and it`s apparent throughout the film with its well-balanced colours and use of light. This results in good detail coming through too with minimal dirt visible. 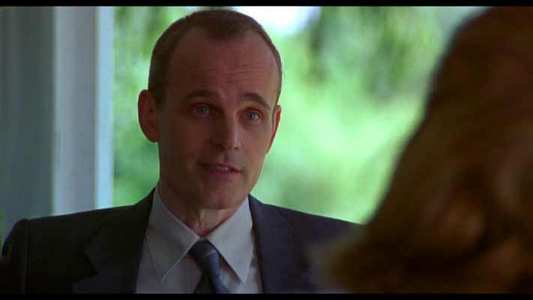 The Dolby Digital 5.1 soundtrack sounds good. There is a lot of dialogue in the film and this is reproduced well from the centre with the beautiful score coming in very wide from the front. Nothing special in terms of surround sound but there are some nice subtle effects. 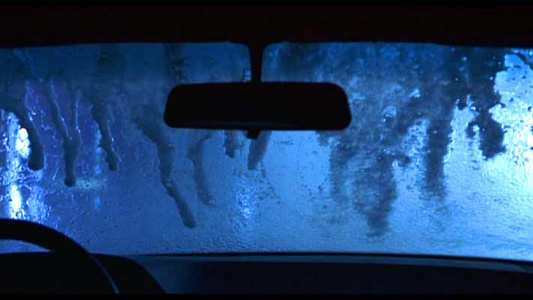 A common element of animated menus seems to include clips from the film as part of its design. Whoever put this together clearly didn`t realise that these clips would spoil proceedings for anyone who hadn`t seen the film. I had to overt my eyes whilst trying to play the film. Not a good start. Plus, there seems to be a problem with the sound level as some of the extras needed the volume raising quite significantly.

• Audio Commentary 1 with Director Adrian Lyne (subtitled) - Not a bad commentary but if you`ve ever listened to a Lyne commentary (such as on Fatal Attraction) though you`ll hear that he`s apt at repeating himself as he rambles on. Yes he does impart some interesting thoughts but I found myself falling asleep. Sorry Adrian.

• Audio Commentary 2 with Diane Lane and Olivier Martinez (subtitled) - This is an interesting commentary over 11 selected scenes in the film where you can select the scenes or just let the film play out. This is partly scene specific and part ramble. They talk about preparation, what they went through and other thoughts.

• Alternate Ending - It`s the last shot outside the police station and seeing it in context does make a difference to how the film plays out. This has optional director commentary.

• Deleted Scenes - Ten deleted scenes with optional commentary and a hidden outtake. All in it totals around 14 minutes and is anamorphically enhanced. There are some interesting scenes here but I`m glad these are deleted as they simply prove that they re-affirm certain points already seen. The commentary is interesting too.

• An Affair to Remember: on the set of Unfaithful (15:11) - A mildly interesting featurette covering various aspects of the film. No more than a PR piece though.

• Anne Coates on editing (8:33) - Coates talks about the decision making process in cutting the film with Lyne and the difficulties faced with pacing the story; how much to reveal to the audience and how much to leave out. Amongst her credits she also edited: Erin Brockovich, Out of Sight and Lawrence of Arabia to name but three.

• Charlie Rose Interview (18:00) - With Gere, Lane and Lyne it`s a good interview. There are things that are invariably re-iterated slightly in other supplements, but here you get to see Gere, Lane and Lyne talk over each other and talk more generally.

• A Conversation With: Richard Gere, Diane Lane and Olivier Martinez (21:49) - These take the form of separate interviews with each actor. The Gere segment is dull and pretentious as all he does is talk about the film and its subtext. Lane and Martinez are far more down to earth with the conversation turning to childhood and growing up to acting and life in general.

• Director`s Script Notes - These are digitised pics of Lyne`s script covering three scenes: Morning, Meeting and Unfaithful. You can read his scribbling and notes about the flow of the shots and what would happen. Interesting at first, then a bit boring as you`re reading page after page of onscreen text. If you`re into reading scripts and have the patience for this, you might find it useful.

• Theatrical Trailer (2:18) - Predictable and longer than it should be. 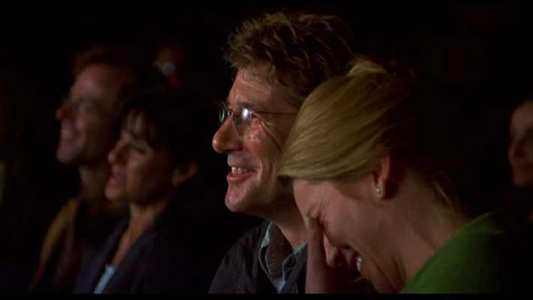 Adrian Lyne has a fascination with relationships and infidelity and the way one impacts on the other. Look at Fatal Attraction and Indecent Proposal as two examples. Unfaithful is almost like Fatal Attraction with gender reversal but without the psychotic deranged bit-on-the-side and without the excitement.

What drives Connie (Diane Lane) to have an affair? There`s no indication in the story as to why she should as she lives in perfect suburban bliss with Edward (Richard Gere) and a young son. On the one hand I feel this is one of the failings of the story as I find it hard to believe that anyone would just embark on an affair after a chance encounter with a stranger. On the other hand the thrill of something new and different with a handsome foreign stranger (Olivier Martinez) might be enough for some out there to at least think about cheating on their spouse. I was certainly looking for Connie`s motivation.

While searching this out, I have to commend Lane`s performance as she steals the scene for about half the film. Especially when riding the train home recollecting her liaison with Paul (Olivier Martinez) that afternoon. She rides high on giddy emotion and a range of other expressive feelings linked with that sexual encounter. Just watching her is sensual and this is intercut with the love scene. I thought it was arousing and tastefully done. I`m not the only one who thought she did well as she was nominated for an Academy Award for her performance.

This is a departure for the roles you might expect Richard Gere to play; he`s no American Gigolo. He plays the straight guy well, so well in fact that he seems a bit dull in character. Now I`m wondering if this is Connie`s reason for wanting a little spice in her life. There`s a slight shift in the story as we get more involved in his point-of-view once he suspects that something is not quite right about his wife. This is where I think the film goes a bit downhill. Edward is not an interesting enough character to follow since we don`t get a lot of involvement from him in the first half of the film. This has the effect of slowing down the pace and the film seems to plod to the end. He gets an investigator to follow his wife and now that he knows about the affair, what does he do about it?

There`s a clumsy confrontation with his wife`s lover for starters, and it`s not much better when he confronts his wife about it either. It just seems to fall into clichéd territory with the husband exclaiming about giving his wife everything as they try to get through the problem. Cue boredom. The first half of the film is enjoyable with a riveting performance from Diane Lane, but then it loses its way and we reach the end via Richard Gere and the slow lane. The film also feels too long at just under 2 hours.

Unfaithful has a good range of extras, but it`s just a shame the film is tiresome after the first half. At the very most it might merit a renting on a slow night.