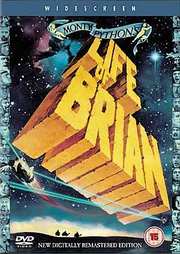 DVD
Stand By Me (UK)

Undoubtedly the most influential piece of Pythonry, "Life of Brian" is up there with the Dead Parrot Sketch as signature works of the team. It was the movie that made the name of George Harrison`s Handmade Films outfit.

Vilified on its original release by the religious establishment and scandalised Christians (largely basing their argument not on having seen the movie but from what the old lady down the road had told them what her friend had told her about the movie.) Matters were stirred up by a gleeful Press wanting to see the Python team brought down a peg or two. Luckily, the audience the picture was aimed at - students - lapped it up.

Typical of the Pythons` observations of the human condition, the picture is full of irritating, obstructive, stupid people. Just like real life. Brian, our hero, is the victim of mistaken identity, being in the wrong place at the wrong time and having a chip on his shoulder at a time when whinging about the Romans was the quickest way to get yourself crucified.

Full of wonderful, bad-taste jokes, the movie is bound to offend somebody but the bottom line is that it *is* laugh-out-loud hilarious. 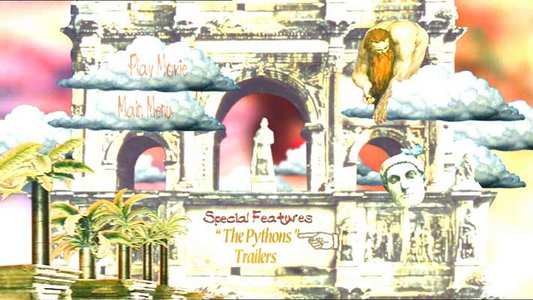 Presented in its original aspect ratio of 1.85:1 anamorphic, this edition of the movie is in very good condition, with minimal print wear and tear. Colours are vibrant and contrast is excellent. The image is at times grainy, but that is due to the Eastman stock the film was shot on. 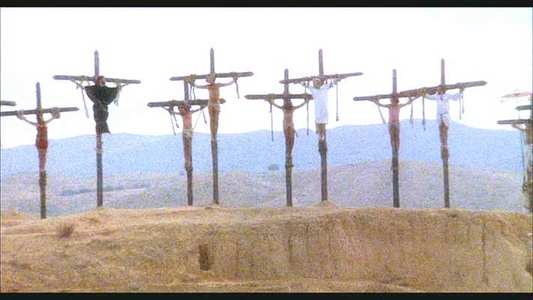 The original Dolby Stereo soundtrack has been remixed to Dolby Digital 5.1. This new mix is screen-dominant with only occasional use of the rear surround tracks (most noticeable in the alien abduction sequence). 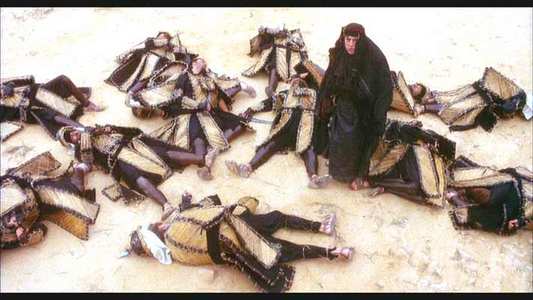 The main feature is fully subtitled. Menus are animated in the style of Terry Gilliam. There are theatrical trailers for "Life Of Brian" and "Monty Python and the Holy Grail". Off topic there are also trailers for Columbia-Tristar releases "Eight Crazy Nights", "I-Spy" and "Mr Deeds".

The jewel of the extras is the 50 minute BBC documentary "The Pythons" shot on location during filming. Presented in its original 4:3, it shows an incredibly young and shiny-looking Python team making their movie and looking back on previous triumphs. There is a fascinating appearance by Spike Milligan, who happened to be on holiday nearby and was quickly roped into a cameo. 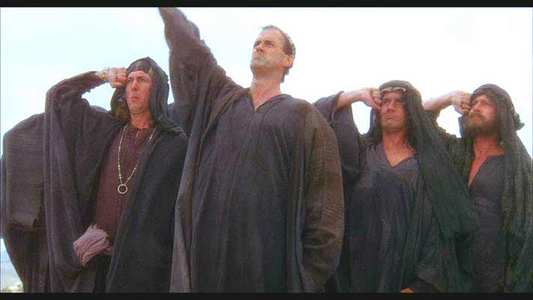