DVD
Vicar Of Dibley, The Best Of (UK)

DVD
Imagine Me and You (UK)

DVD
Being There (UK) 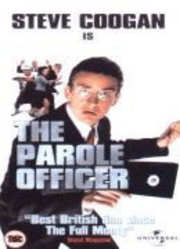 Synopsis:
Steve Coogan is back, with another classic character in this hilarious comedy that will leave you crying with laughter!
Manchester`s leading police constable frames a less-than-successful parole officer Simon Garden (Steve Coogan) for a murder he didn`t commit. The only evidence proving his innocence is a CCTV video tape. Unfortunately, this video is locked inside a bank vault!

Enrolling the help of four inept ex-criminals, the gorgeous Jenny Agutter, and stunning police officer Emma (Lena Headey), Garden decides that the only way to clear his name is to break into the vault and steal the footage back!

That`s no easy task at the best of times, but for a bunch of losers, it`s a mission impossible!

Coogan plays Simon Garden, a lowly probation officer assigned to the Blackpool branch of the service. Simon is a failure as a probation officer, hated by colleages and criminals alike. Of the thousand 'clients' to pass through his door, only three have ever gone straight! It is because of this appalling track record that Simon is transferred to the Manchester arm of the service, where he is assigned to the case of Kirsty (Emma Williams), a young girl who has been charged with joyriding.

When a large quantity of drugs is found in Kirsty's possession, she pleads ignorance. In fact, the drugs belong to the very police officer who arrested her, the corrupt DI Burton (played by Stephen Dillane). While investigating the girl's claims that she was set-up, Simon accidentally witnesses the bent copper murder someone over a drugs dispute. When Simon attempts to report the murder to the police, Burton warns him to keep his mouth shut or face being framed for the murder. The only thing that can clear Simon's name is a surveillance tape that just happened to capture the crime. Unfortunately for him, the tape is locked away in a safety deposit box inside a bank vault.

In order to get the tape, Simon enlists the help of the only three criminals he successfully managed to rehabilitate. These are council official George (Om Puri), fishmonger Jeff (Steve Waddington) and computer salesman Colin (Ben Miller). The team is completed when Kirsty is drafted in while attempting to rob Simon's house. Together they plot to break into the bank and steal the tape, proving Simon's innocence and Burton's guilt in the process. However, to complicate matters further, Simon has fallen for an attractive young policewoman called Emma (Lena Headey), who isn't quite sure if he's telling the truth or not…

Coogan plays Simon Garden as a slightly less annoying and officious version of one of his other creations, Alan Partridge. Simon's heart may be in the right place, but that doesn't stop him rubbing virtually everyone he meets up the wrong way. The character becomes more sympathetic as the film progresses, going from total loser to not quite as big a loser at the end of the movie, and Coogan carries the burden of the lead role admirably. The rest of the cast also put in nice performances, and I especially enjoyed Ben Miller's turn as Colin, computer salesman and team anorak. I was also quite impressed with Emma Williams, who plays Kirsty, and I thought she struck just the right balance between streetwise punk and naive youth. Cameos from Omar Sharif and Jenny Agutter lend the film a little more acting credibility.

As a comedy the film works well, although it has to be said that it's more likely to raise wry smile than elicit a belly laugh. This is intelligent comedy in the vein of Coogan's television work, rather than the slapstick hilarity of American comedies such as "There's Something About Mary" or "American Pie". The film's humour is decidedly "British", which is no bad thing. I have to admit to being less than convinced with the film's attempts at a romantic subplot, but I'm willing to overlook this (and that has nothing to do with Lena Headey being rather lovely).

The Parole Officer is presented in its theatrical aspect ratio of 1.85:1 and is anamorphically enhanced. Given the age of the film you would expect a pleasing transfer, and this is what you get. The picture is fairly sharp, with good contrast and nice deep blacks. There are no significant image problems to report, and the film has a very natural looking colour palette. It's not among the very best transfers around, but it certainly does justice to the source material.

Sound is presented in Dolby Digital 5.1, and while this isn't your typical big budget Hollywood affair, the mix is actually quite lively. In the fist few minutes of the film there is a short car chase sequence in which the rear channels spring to life and the sub is given a pretty good workout. Usage of the surround channels is mostly limited to music, which helps to draw you into the proceedings nicely, although there are some nice surround effects from time to time, including police sirens and the like.

It's worth noting that the disc has an animated intro, featuring the voice of Coogan, that directly relates to one of the scenes in the film. This is quite amusing the first time, but becomes a little irritating when you've sat through it for the third or fourth time.

The commentary track, featuring Steve Coogan, Henry Normal, director John Duigan and producer Duncan Kenworthy, sounds like it was recorded in a small cupboard. Thankfully the contents of the track are a little better than that of the average cupboard, with some interesting and amusing observations. On the down side, there are numerous lengthy pauses in the track, which is a little surprising considering the four participants.

Next we have a twenty-two minute making of featurette. In addition to clips from the movie, the featurettes includes behind the scenes footage and interviews with Steve Coogan, Ben Miller, Lena Heady, Jenny Agutter etc. The participants go into a reasonable amount of detail about the film, which makes this slightly more interesting than the usual 'Making of'.

Six deleted scenes are on offer, which range from mildly amusing to very funny. The scenes can be viewed in any sequence, with or without commentary. The commentary is probably best described as patchy, as the participants only say a couple of words during some of the clips.

The theatrical trailer is included, presented in non-anamorphic widescreen and Dolby Stereo. This is just your standard trailer, and you probably won't feel the need to watch this more then once.

Rounding off the extras is the music video for Atomic Kitten's version of Eternal Flame, presented in non-anamorphic widescreen and Dolby Stereo. This is fine if you like the Kitten's music, but give me the original version any day.

I found the Parole Officer to be an amusing little film, which made a nice change from the usual comedies that come my way. It has a decidedly British sense of humour, which is refreshing to see, and the acting is actually quite competent. Existing fans of Coogan's work will get a kick out of seeing him in this type of role, while casual viewers should enjoy the jokes and visual comedy in the film. The Parole Officer will definitely provide an entertaining nights viewing.
posted by Chris Gould on 20/12/2002 23:20