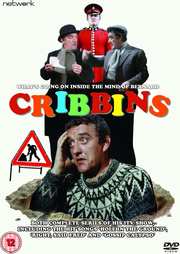 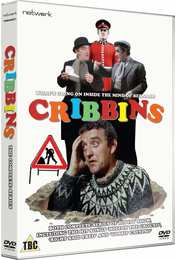 DVD
Man About The House (UK)

Article
Comedy farce Nothing Barred lands on DVD this May

Review for Cribbins: The Complete Series

Bernard Cribbins is a national treasure. He’s been a consistent presence in British entertainment for over sixty years, but I’ve only dipped into his work on a few occasions. I’ve enjoyed some of his films from the fifties and sixties, especially a handful of Carry On movies. There’s been a TARDIS twice in his resume, first with Peter Cushing in the big screen feature, Daleks’ Invasion Earth 2150AD, and then again with David Tennant in the revival of Doctor Who. But as a child, Bernard Cribbins’ biggest influence on me was with The Wombles, and in Jackanory, the ‘original’ Bilbo Baggins. 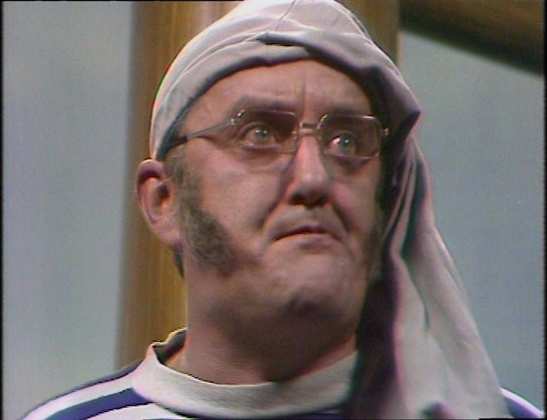 There’s so much more that I am totally unaware of. It wasn’t until Network sent me the check discs that I realised that Bernard Cribbins did sketch show comedy as well, for two years occupying the coveted Benny Hill slot on Thames TV. This then is Cribbins, 12 episodes across two discs; two series from 1969 and 1970. 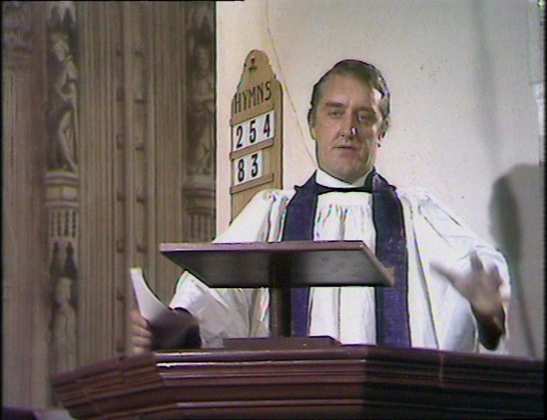 Cribbins gets a 4:3 regular transfer across these two DVDs. Back in the late sixties, studio footage would be shot on videotape, while exteriors would be shot on film, usually 16mm, and it’s all been kept safe and sound on video somewhere, before being rescued for DVD presentation. You have to take a certain degree of softness into account, the occasional flare from a light source or reflection lingering on the image, and a lack of crispness in the colours. Having said all of that, Cribbins has stood up surprisingly well given the test of time, with a stable and consistent image throughout, and hardly any tape artefacts worth mentioning. 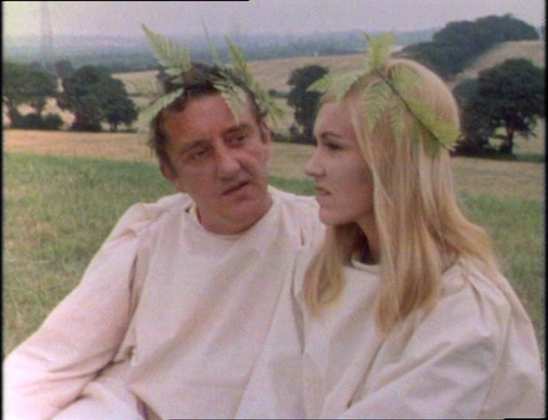 The Dolby Digital 2.0 audio track, presumably mono is in fine shape, the dialogue remains clear throughout, the songs come across well, and there is no problem with tape hiss or hum. The only niggle might be a lack of subtitles, but since this is a show from a time when TV performers still enunciated, it’s not too much of a problem.

The discs boot to static menus with episode listings. 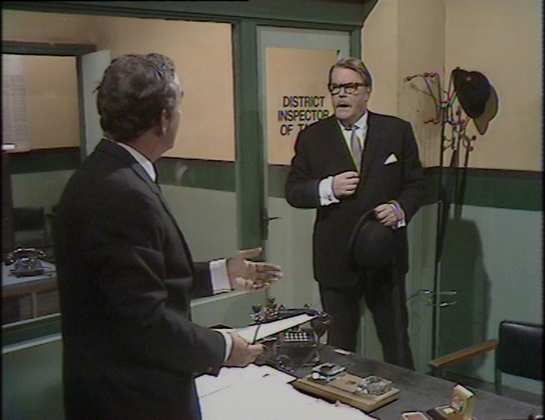 I’ve been living in the 21st Century for far too long. Back in the seventies and the eighties, I could have watched, indeed did watch shows like this without batting an eyelid. Benny Hill and Dick Emery were staples of entertainment in my house, and It Ain’t Half Hot Mum was a family favourite. I can watch those shows today with exactly the same attitude, as I have nostalgia blinkering me to their perceived failings in political correctness. I had never seen Cribbins before, these twelve episodes of sketch show comedy had no such nostalgia for me, and I watched them as reconstructed, 21st Century male. At least once an episode I was facepalming, declaiming to the screen, “You’re a national treasure, Bernard! You can’t say or do that!” 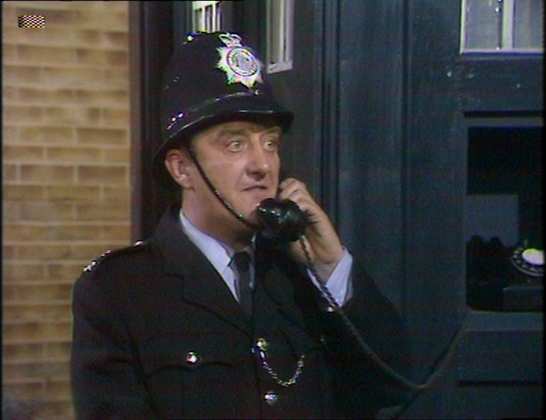 I have to keep reminding myself that this was 1969, where a white man in blackface delivering a punchline in an Indian accent was acceptable. It’s when sexism was the norm, it’s when unsophisticated comedy about race did more to help integration than hinder it, as at least there was someone not white on the screen, it’s where homosexuality had only been legal in the UK for two years. The trouble with all that reminding is that it makes it harder to watch the show and enjoy it. Besides, only about 5% of the show would cross the line today. I just had to filter it out and concentrate on the comedy that didn’t offend. 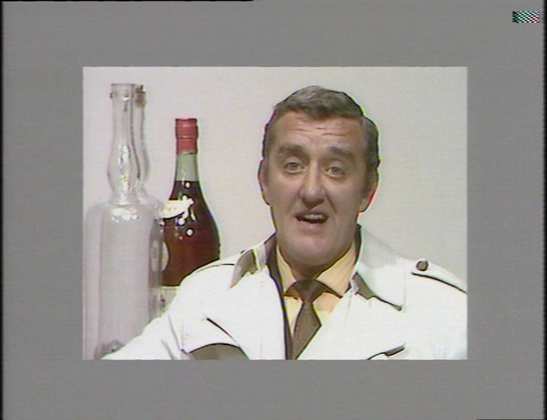 The other 95%, well, that’s comedy that tries to be as silly as possible, goofy sight gags, silly characters, dumb punchlines, delivering the unexpected. Very little of this comedy is sophisticated or layered. It’s obvious and it’s quick fire; some sketches wouldn’t be out of place in The Fast Show, especially when there are running gags like the castaways crawling for water in the desert, the Robin Hood opener for each second season episode, or a couple of Rodney and Penelope encounters. There are some longer form sketches, a whole lot of Arthur Higgins’ lack of domestic bliss, and a high point for me were the Adrian Bogworthy poetry readings, complete with rotten fruit. 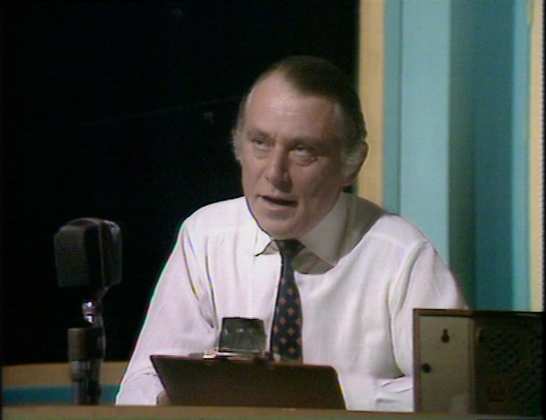 I smirked, I chuckled, and on a couple of occasions I even guffawed, but I wasn’t really entertained by Cribbins in the way that I hoped. When it comes to comedy, I like a little sophistication, some relevance, but Cribbins studiously avoided current events, only alluded to politics once or twice, instead sticking to schoolyard humour, juvenile in style and tone, if not particularly in content. Sketch shows don’t necessarily need to be political or relevant, but they do need to really develop rich and vivid characters, something shows like The Two Ronnies, Dick Emery, and yes, Benny Hill were great at. Only some of the characters that Cribbins created really worked for me, the others all seemed rather thin and indistinguishable. 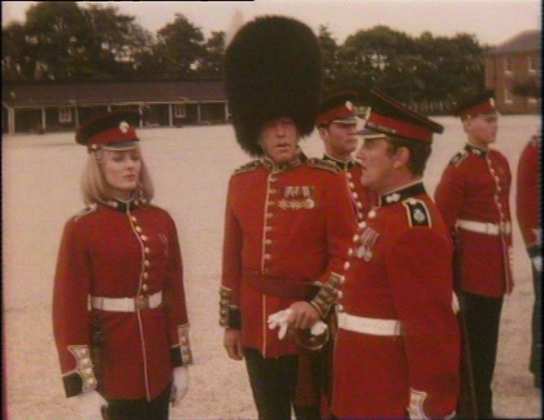 Cribbins is an interesting slice of yesteryear, if only as an example of how quickly and how radically television comedy changed. Ten years after Cribbins, we’d have shows like Not the Nine O’Clock News and The Young Ones. I found it sporadically funny, but I do wonder how I’d feel about it if I had the rose tinted spectacles of nostalgia to view it through. Network’s presentation of the show is solid on these two DVDs. 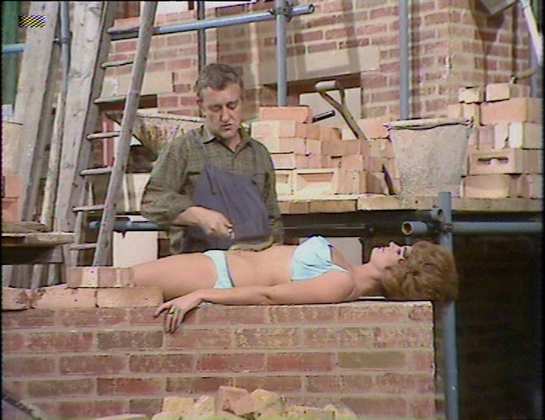 Addendum: Showed an episode to my mum and dad, who hadn’t see the show in almost fifty years, and they were in comedy heaven...