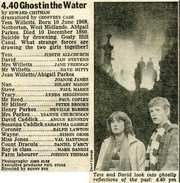 DVD
A Traveller in Time - The Complete Series

DVD
My Wife Next Door - The Complete Series

Ghost in the Water 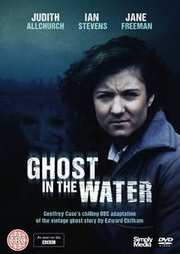 Simply Media are delighted to announce the release of BBC’s Ghost in the Water on DVD for the very first time 5TH February 2018, over thirty years after it first aired.

Directed by Renny Rye, celebrated for his acclaimed supernatural thrillers, including Box of Delights, and mysteries, including episodes of Agatha Christie’s Poirot and Midsomer Murders. This suspenseful TV movie first aired on the coveted New Year’s Eve TV spot on BBC One in 1982, and it delighted audiences with its family-friendly yet mysterious ghost story.

Ghost in the Water was adapted for screen by BAFTA-winner Geoffrey Case (The Accountant) from Edward Chitham’s novel of the same name. It’s spooky, atmospheric setting was almost entirely filmed in the Black Country.

Teenager Tess is possessed by another soul, and she begins to experience memories that are not her own but those of a woman who died over a century before, in 1890. She and her classmate David decide to investigate the mysterious circumstances surrounding the woman’s death, determined to find out what really happened to her.

The authorities originally recorded the death as a suicide, considered a mortal sin in that era. This led to the woman’s spirit living on through Tess in torment. History buffs Tess and David must now prove the death was an accident to allow the woman’s soul to finally rest in peace, and free Tess from her nightmarish visions.

This DVD release also contains a special feature from Blue Peter in 1982 discussing the film.

Director of Photography:
John Else