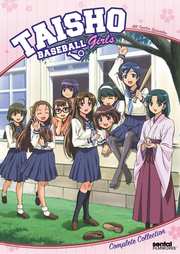 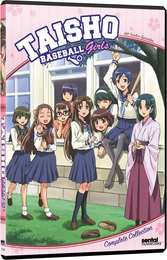 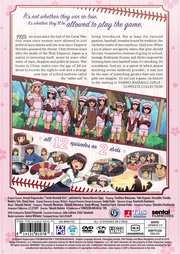 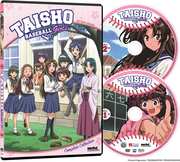 I’m a bit of a contrarian. When I was a kid, in my school you had the choice between football and... well, there was football. Rugby was for posh kids, and cricket was something you might do when there was no football on. Me, I was a baseball fan, inspired by comic books full of Charlie Brown philosophising atop a pitcher’s mound. It turned out to be a short lived obsession though, as it takes a lot of hard work to get up at 4am every Saturday morning to catch the game on ITV, and the era of late night American sports (or anything else decent) on UK television ended with the deregulation of gambling. But there was something so much more, civilised about baseball. While baseball hasn’t exactly caught the imagination of the world, there are still a few countries outside the US that love the sport just as much, and one of them is Japan. I had thought that it was a post second world war thing, but it turns out that Japan imported baseball much earlier even than that, introduced there in the nineteenth century, with the first professional competitions starting in the 1920s. 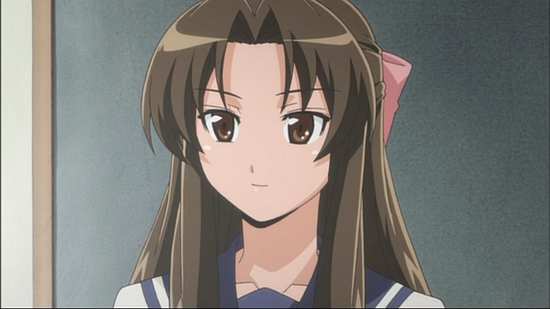 Yet in this centenary year of women’s suffrage, watching an anime about baseball might actually be appropriate. Taisho Baseball Girls is set in Tokyo of 1925, about a girl who puts together a baseball team after being dismissively told that a woman’s place is in the home. 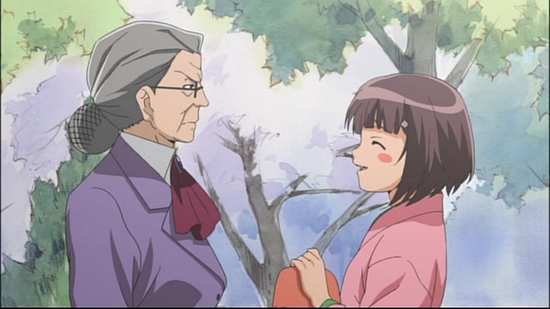 With the 20th Century in full swing, and with Japan adopting Western fashions and mores at a relentless rate, the world is an open book for Koume, a young girl who revels in her new sailor suit school uniform, and the freedom to do what she wants, be who she wants to be in bustling, modern Tokyo. It’s enough to make her burst into song... in her dreams. The reality is far different. It may be 1925, and the modern world may have come to Tokyo, but despite her family running a Western restaurant, her father insists that she wear a kimono to school, and behave like a reserved, polite, and stereotypical Japanese girl at all times. But then in school, her friend Akiko decides to start a girls’ baseball team, after being presented with the opinion that a woman’s place is in the home by a young male baseball player. She’s decided to beat the boys at their own game, and she’s taking Koume along for the ride. Now they just need seven more players, and a coach, and to break down enough barriers of tradition and prejudice to be allowed to play. 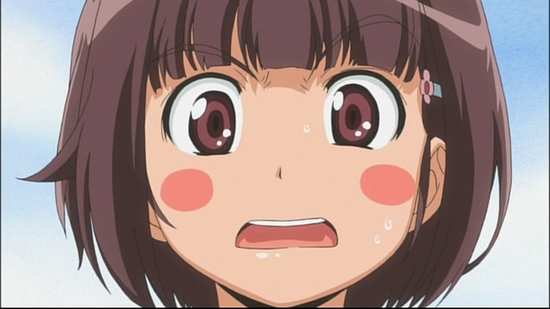 Twelve episodes of Taisho Baseball Girls are presented across 2 DVDs from Sentai Filmworks.

Disc 1
1. That Which the Boys Do
2 A Long, Lovesick Spring Day
3. Nine Girls Take Their Places
4. From Here
5. Days of Racing Through Flowers & Butterflies
6. The Ball Flies About the Field

Disc 2
7. Girlish Pranks in the Streets of Azabu
8. The Star of Azabu
9. A Restaurant Full of Misunderstandings
10. What Am I Supposed to Do?
11. Totally On Edge Despite Ourselves
12. Covered in the Dust & Dirt 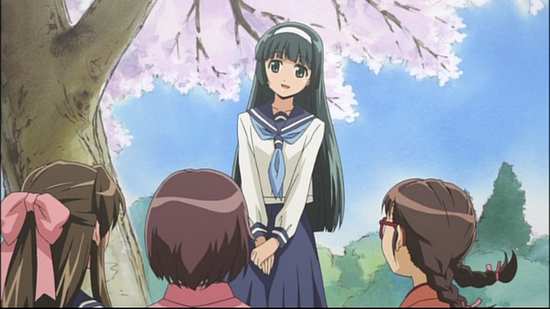 Taisho Baseball Girls gets a 1.78:1 anamorphic NTSC transfer. Released in 2010, it was initially a DVD only release, and you can see that the image was sourced from an SD master, with a degree of softness that you don’t see in modern, HD sourced anime. Having said all that, Sentai subsequently released a Blu-ray version of the show in 2014. Even still, Taisho Baseball Girls looks really quite good on DVD, clear throughout, with strong consistent colours, and a decent level of detail, unmarred by compression artefacts or aliasing. The character designs are appealing and individual, the world design is as delightfully retro as you would expect from Tokyo in 1925, and the animation does enough and more to get the show’s baseball action across. 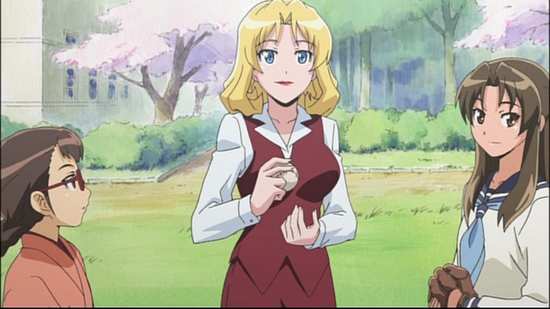 You have a DD 2.0 Stereo Japanese track with optional English subtitles. The audio is clear and glitch free throughout, the dialogue has clarity, the show gets some nice music to it, especially the theme songs, and the stereo gives the baseball action enough space. The cast is well suited to the characters, and the subtitles are timed accurately and free of typos. In the UK you get used to subtitles optimised for US audiences, with transatlantic idiom applied, and the inability to correctly spell ‘colour’. But once in a while there is a jolt to the sensibilities. Using the word ‘spastic’ in the UK would raise a few eyebrows, and probably a rating at the BBFC. 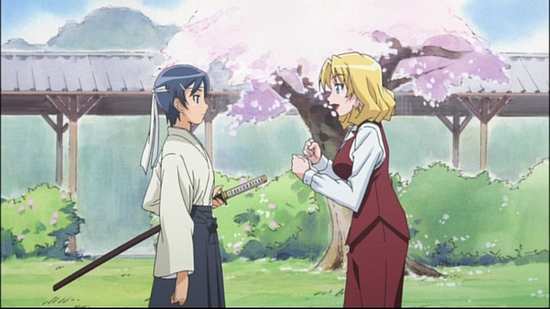 You get two discs in an Amaray style eco-case (the ones with holes cut into them to save on plastic, and allow in dust), one on a central hinged panel. The discs boot to static menus, have jacket pictures, and each episode is followed by translated English credits. Note that all of the opening and closing credit sequences on these episodes are textless. 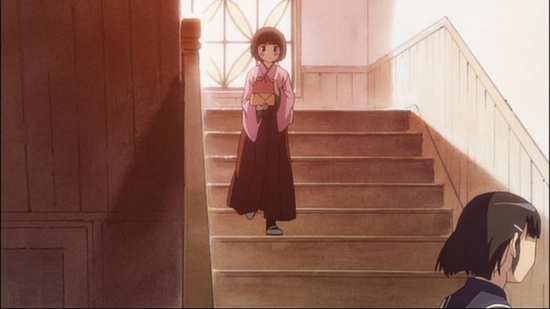 The first disc autoplays with a trailer for The Anime Network, and on the disc you’ll find more trailers for Xam’d Lost Memories, Canaan, Ghost Sweeper Mikami, Utakata, Kampfer, and Kimikiss: Pure Rouge. 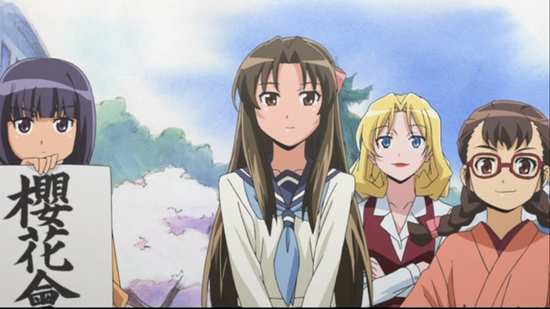 I really do like Taisho Baseball Girls, although it isn’t the great women’s lib anime banner that you might have expected given its subject matter. It’s fair to say that it’s a pretty unrealistic depiction of the battle of the sexes in the early years of the twentieth century, seen through the prism of anime fans wanting their ‘cute girls doing cute things’ trope checklist ticked, and it does get its messages mixed on more than one occasion. But its heart is in the right place, you wind up rooting for this underdog girls’ baseball team going up against the big boys, and the narrative journey that Taisho Baseball Girls takes you on is a rewarding one. 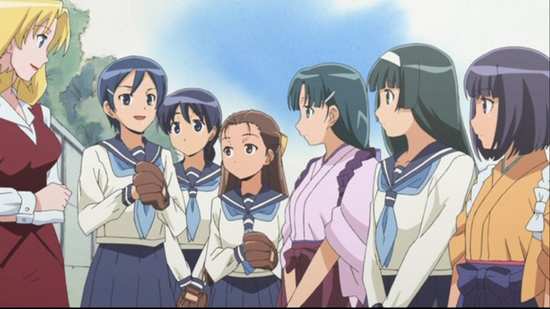 You get two underdog stories for the price of one really, the traditional tale of a weak and undisciplined team working and training their way up to play in the big league, following the template set long ago by Rocky, and then there is the tale of women trying to carve a place for themselves in a man’s world. The combination of the two makes the show special. The baseball aspect is portrayed well, the girls of the school are lucky in that their English teacher is of US extraction, and knows the game well enough to train them. The way the team trains up and improves over the twelve episodes is well done, going from newcomers practically ignorant of the game to a proficient and well put together team. 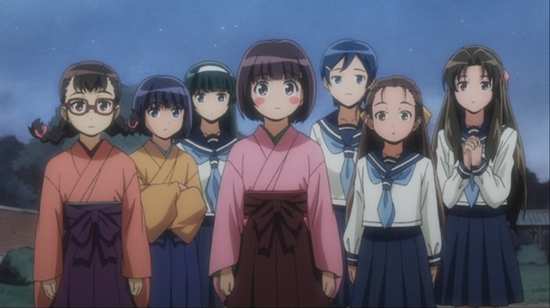 The gender divide is the emotional hook, with Akiko inspired to start the team when her fiancé, a baseball player opines that a woman’s place is in the home, that even an education is a waste of time. Akiko wants to create a girls’ baseball team and beat him at his own game, really put him in his place, and from there the story unfolds. It’s one of the mixed messages in the anime, which is largely a product of the time, one where girls as young as fourteen had their marriages arranged by their parents to boys, usually older, and in this story there is no problem, or rebellion from the girls against that. It suggests a period of change, where traditional values were still being adhered to, but the boundaries of what women could do were yet to be reset. You could say that a woman couldn’t ride a horse if that’s the way things had been for hundreds of years, but when cars had barely been invented ten years previously, could you cite tradition and say that a woman couldn’t drive? 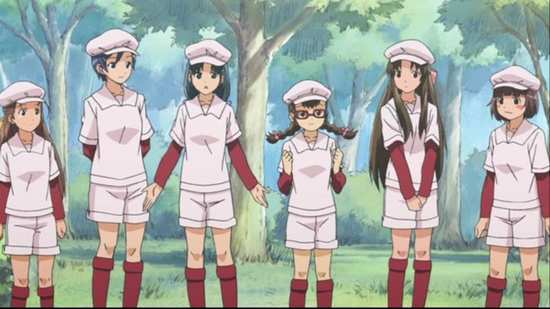 That’s where the girls of the baseball team are, setting new boundaries for themselves, and the only limits imposed on them are the inflexibilities of their elders and their peers. But really, that is too much thought for a show that is light entertainment at best. The inflexibilities of their elders are easily overcome, and the girls do manage to make their team work, and play against the boys. And the show spends most of its effort in creating light comedy with a slice of life feel to it, with an emphasis on how the girls train, and in what unconventional ways they overcome adversity. 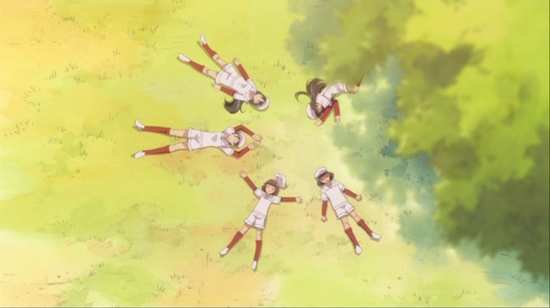 So after recruiting the nine girls for the team, there are practice matches, the inevitable depression when they first lose, picking themselves up, and finding a team that they can play against and so on. Things get a little unconventional around the midway point. They have trouble finding opponents at a high level to practice against so the girls don masks and stalk the night, looking for lone pitchers and batters from various schools to challenge as they walk home. I was put in mind of Shonen Bat from Paranoia Agent at this point. At one point the team needs Koume to become a silent movie star, which has meaning in the context of the show, but is a bit of stretch to add another aspect of 1920s pop culture. Of course there is a summer training camp, a test of courage, communal bathing, and schoolgirl crushes; all staples for any anime aimed at a modern audience. 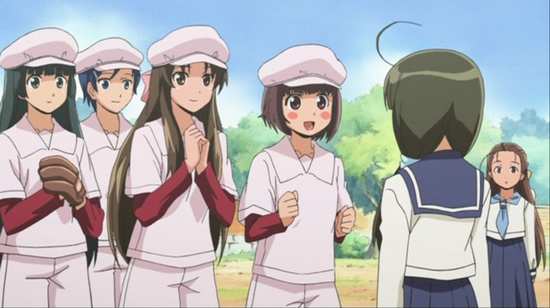 The bottom line is that Taisho Baseball Girls is fun; it’s entertaining, well written, with likeable characters, and just enough of a message to the story to give it meaning and weight beyond the usual, disposable schoolgirl slice of life anime. I suppose it’s the baseball aspect of it that has kept it from being licensed in the UK, but life isn’t so convenient that they’d make a Taisho Cricket Girls anime.