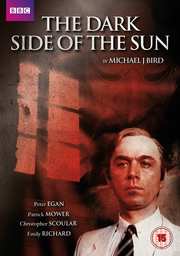 Dark Side of the Sun (DVD Details)

Blu-ray
Next of Kin
Related Articles

Review for Dark Side of the Sun 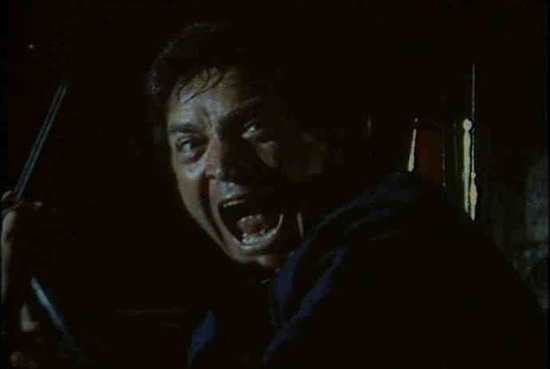 Eureka seem to be the latest in a line of distribution companies prepared to take a punt on releasing little known, but fondly remembered by some, TV treasures from the 1980’s (along with Network and Acorn).

Not only have they released this set, the excellent ‘Dark Side of the Sun’, but another Michael J. Bird penned drama from a couple of years later, the excellent ‘Maelstrom’ (also reviewed on this site). 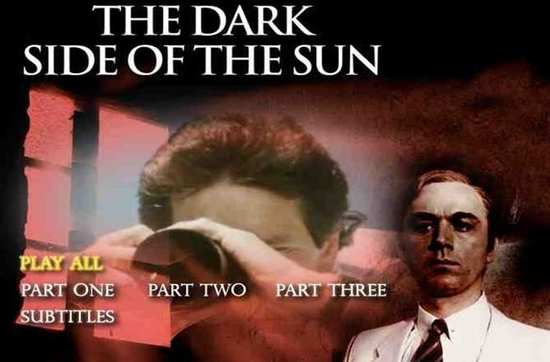 Stretched across six 52 minute episodes, which are spread across two discs, ‘Dark Side of the Sun’ is a very spooky supernatural thriller set on the Greek island of Rhodes in a contemporary, early eighties.

It’s a strange tale with more than a hint of ‘Omen’ like supernatural horror about it, as well as a global conspiracy of sorts. 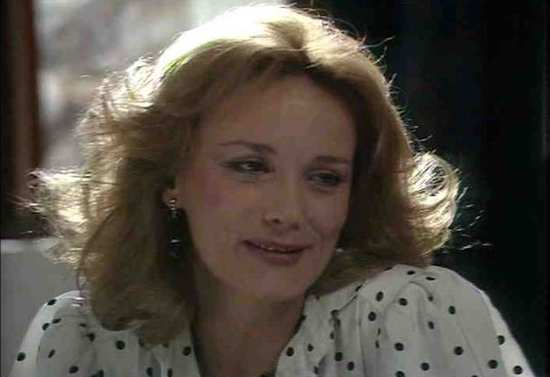 The programme opens with a strange sequence showing a burglar scaling the walls of an ancient Greek castle, clinging to his loot. But he seems terrified, as if pursued by some malevolent and horrific force. It terrifies him to such a degree that he leaps off a cliff to his death. We then see a close up of a spooky looking Peter Egan (playing a French Count called Lavalliere) looking at the scene in a dispassionate way. 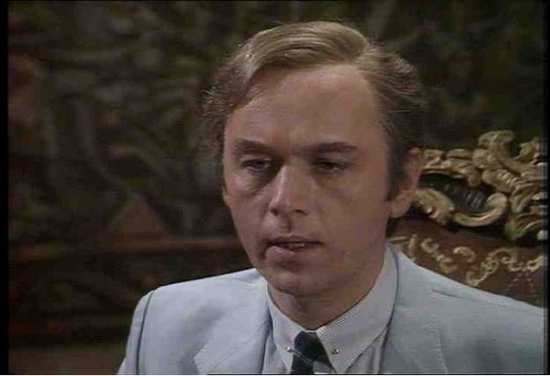 The programme moves to London to the Tierney’s house in London where Don Tierney (a photo-journalist) and his wife entertain a guest. Don reveals that he’s accepted an undisclosed assignment, supposedly a photographic ‘travelogue’ on the Greek Island of Rhodes. It’s unclear who has commissioned him or why. 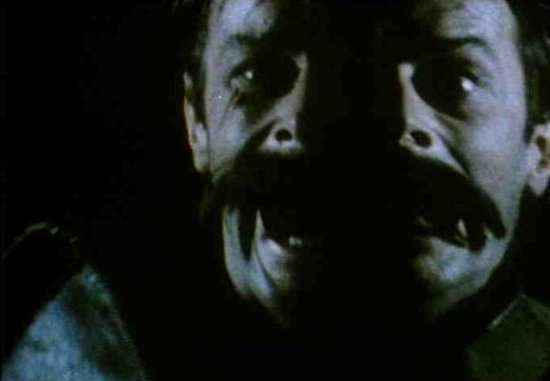 Whilst there he becomes intrigued by the considerable security around the castle and during nightfall, he scales the rocks to set up his camera. He then takes pictures of an unlikely mix of a group of international bankers and politicians in conference together on the beach. He then takes the pictures for processing but before he able to collect them he tries to access the castle again, but this time meets a fate similar to the burglar in the opening, crashing his car whilst trying to escape an unknown terror.
After his death, his widow, Anne (Emily Richard) agrees to pick up his assignment though is completely unaware that there is anything more to it than a travel angle. 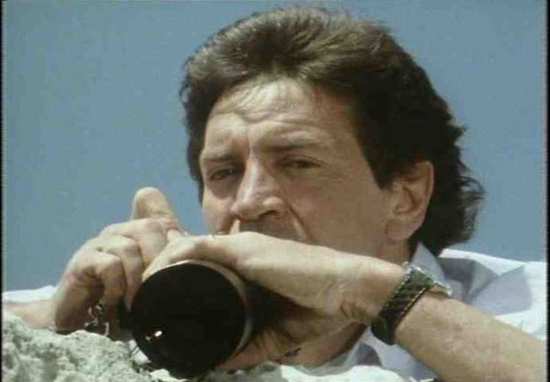 Whilst there she meets a local historian who had been assisting her husband and together they pick up where he left of. She discovers she possesses psychic powers and she starts to have visions that her husband has returned, on one occasion spending the whole night with him. 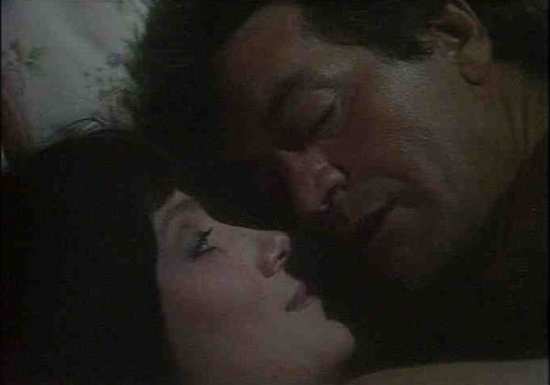 In the meantime, Lavalliere invites her to his castle where she sees an image of an ancient Knight Templar who is identical in every regard to him. When an equally ancient image in her likeness is found, the plot thickens. What’s with that spooky, cold count? What secrets is he hiding and why does he seem so interested in Anne? 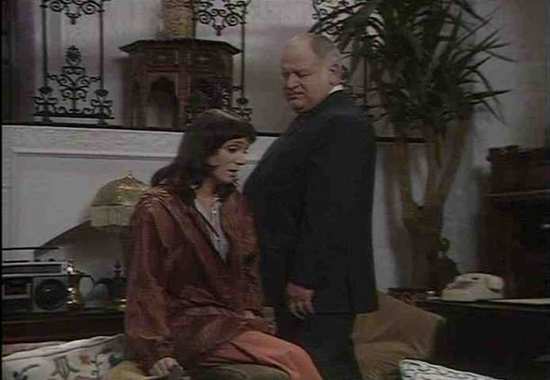 Although slow-moving by today’s standards (perhaps more akin the pace of recent Scandic-noir) it keeps the attention and the performances are excellent. It does have the typically eighties mix of film for exterior shots and video for interiors that may jar with youngsters, but merely adds to its charm here. 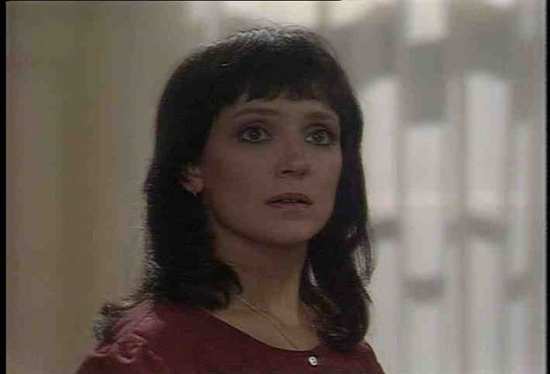 The performances are convincing, even if the dialogue can be a bit stilted but I have to admit that I enjoyed it tremendously, even if its story was all a bit far-fetched. The story would probably have benefited from being condensed into less episodes but I guess that gives the series breathing space that you just don’t see in programmes today. 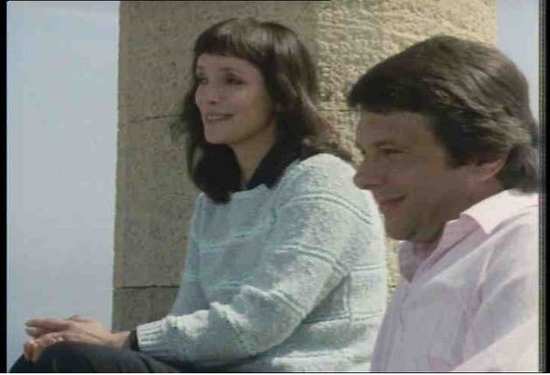 I should also warn you that you’ll be whistling Stavros Xarhakos’ haunting theme for the series for days afterwards.

It’s a lot of fun and it’s great to see series like these being dusted off and released. Definitely one to add to the collection.