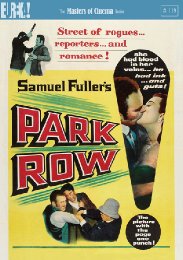 “Mr Spiro, escort this wench back to her slaughterhouse before I throw her out of here right on her front page.”

Samuel Fuller is a revered film director in the realm of cinema responsible most famously for “The Big Red One”. Unfortunately for the Massachusetts native, he did not enjoy immediate commercial success, and as is now familiar with many great auteurs, his best work was re-discovered from the 1960’s onwards. Martin Scorcese’s championing of Fuller in particular, has greatly helped with recent reappraisals.

Personally, my first encounter with Fuller remains my favourite; the horrifying “Shock Corridor“. In this 1963 film, a journalist tricks his way into being committed into a mental asylum in order to solve a murder, but finds his mind unfurling during his tenure. A stunning piece of work, it shares with “Park Row” a central concept of presenting a journalist as someone relentlessly seeking to expose the truth. 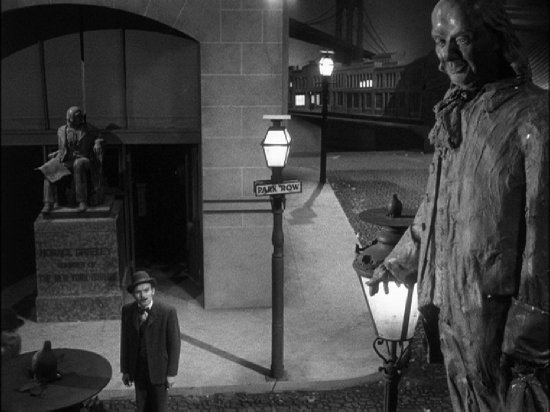 In Fuller’s movie, brilliant journalist Phineas Mitchell is given the boot from daily paper The Star thanks to unabashed, outspoken criticism. As you would, he takes to the local watering hole with various other colleagues who’ve been dismissed. There, he encounters Charles Leach- a man with a printing press who does commissions such as cards. Leach’s dream has always been to walk in Mitchell’s shoes, and consequently offers Mitchell the chance to run a paper with his backing. Taking his chums with him, they form “The Globe”, an idealistic daily that prints hard-hitting stories with great public interest. Their immediate success and admirable dedication to printing the truth instantly positions them as rivals to The Star, and apparently vile publisher, Charity Hackett. Despite their cheap approach and lack of resources they become a “people’s” paper, but before long, run into the perils of Hackett’s attempts at sabotage. This leads to tragic consequences.

Perhaps unsurprisingly, “Park Row” is Fuller’s favourite of his own work. A former journalist himself, his passion for the industry and his admiration for those who tell the truth really shines: this is idealistic, hopeful stuff, that manages, despite the melodrama, to rise into uplifting territory. Indeed, a sense of hope is right at the core, which was undoubtedly extremely important to Fuller, given his real life battles with studios. It thus interesting, if not a shock to know that the making of “Park Row” somehow reflected the story within itself. Fuller’s adaptation of the story was no easy feat, and he was forced to set up himself and work an a shoe-string budget. Like those who strived to put the Globe out with integrity, it was a fight that Fuller had to endure himself in order to ensure Park Row hit screens with its dignity intact. 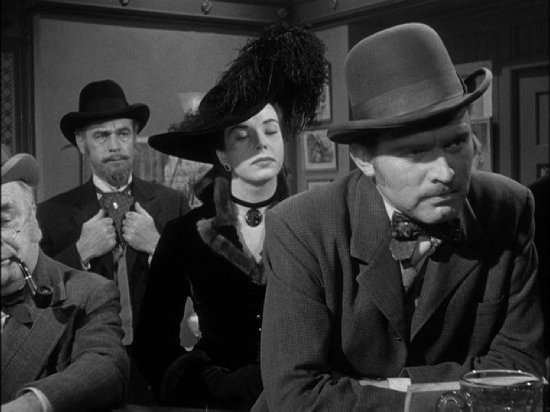 There’s an immediacy to Park Row that resonates, even after all these years. As with all of Fuller’s best output, it is an extremely believable, honest tale. Dialogue is sharp of tongue and threatens to leave those with short attention spans behind- the newspaper men here, speak like proper newsmen and come laced with wit.

It helps that the performances are so strong. Forrest Taylor communicates a sense of pathos and understanding in his portrayal of Leach- a bigger role than his on screen time would suggest. But Evans- here being promoted to lead for the first time in his career- is sensational, balancing being an honest dreamer with a ruthless ambition.

Some viewers may find the ending a tad melodramatic though, even heavy handed. But it is grand-standing , allegorical stuff.

Right from the outset, it’s also clear that this is a cut above the usual independent fare from a technical point of view. Fuller is in a class of his own. Here he can be found dishing out a stunning tracking shot early on that both introduces the primary cast of The Globe, and really energises the film.

In later scenes following a tragic consequence of the increasingly volatile situation, Fuller focuses tight on the reactions of the relevant players, and they’re bathed in shadows that frame their terror. In fact, the photography here is fantastic- there is a wonderful contrast between the hopeful idealism, and the moody, dark black & white photography. 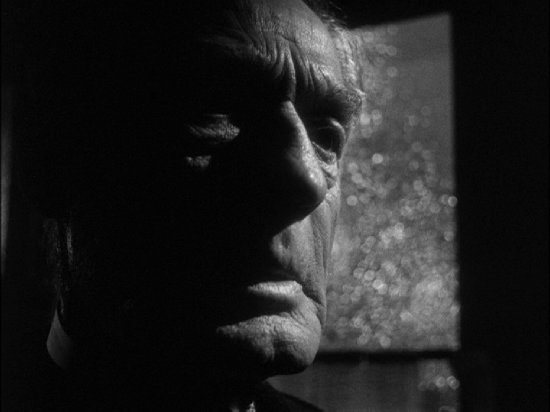 As per usual, Eureka! Have done a fine job with this, especially considering it is a very rare piece of celluloid, enjoying a first home viewing release in the UK, in any format. Extras are not expansive, but fans should be enthusiastic to have anything at all in this case.

Critic Billy Krohn lends his weight in a featurette discussing the film. Although this runs only twenty minutes or so, Krohn packs a great deal of information into such a brief period, covering the film from concept, through to casting, and reception. Of particular note is his emphasis on just how independent Fuller and in particular, this film was.

We also get the original theatrical trailer and an isolated Music & Effects track; which is a real curiosity.

Included in the package, Euerka! offer an illustrated booklet with artwork from the archives, fantastic interview snippets between Krohn and Fuller, and samples from Fuller’s own, greatly appealing memoir. It goes without saying-this is a sumptuous item that personally I felt pushed the release into must-buy territory. 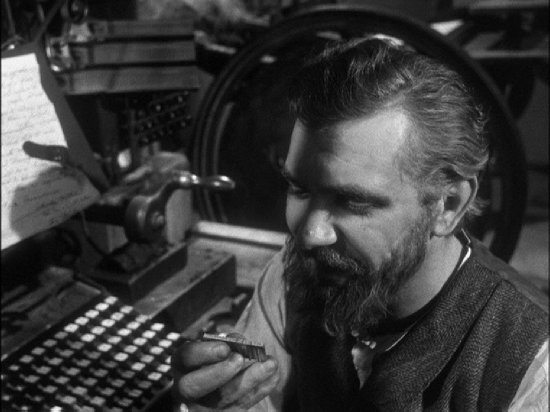 It is a shame not to see Park Row get a Blu-Ray release, however this is quite understandable and this DVD more than delivers a degree of quality one once could have only dreamed of, for such Fuller films. “Park Row” is not likely to re-enter the public consciousness as Fuller’s best, regardless of whether the man would disagree himself. But it still carries weight as a punchy, pulpy piece of business that deserves to find an audience. A stirring labour of love that comes highly recommended.