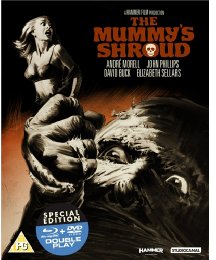 DVD
The Devil Rides Out

Blu-ray
The Plague Of The Zombies: Double Play
Related Articles

Review for The Mummy's Shroud 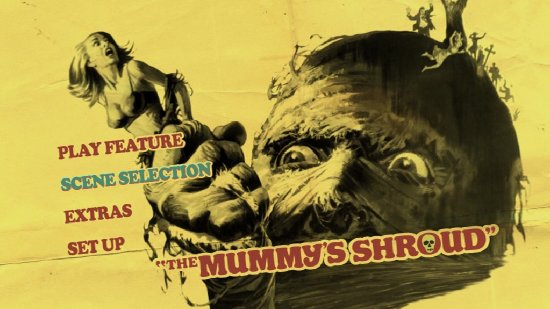 ‘The Mummy’s Shroud’ is a better movie than I had remembered. I watched in some time ago on a previous DVD release and didn’t enjoy it half as much as I did this time around. Which is all the evidence you need that reviewing can be, to a large extent, subjective poppycock!

It’s an historic film in so much as it was the last to be filmed at Bray, a studio that I have frequented over the last few years and which is very much a sad shadow of its former self. Seeing all the familiar (though now tired) locations around the lot were perhaps, for me, part of my revived interest in this film. 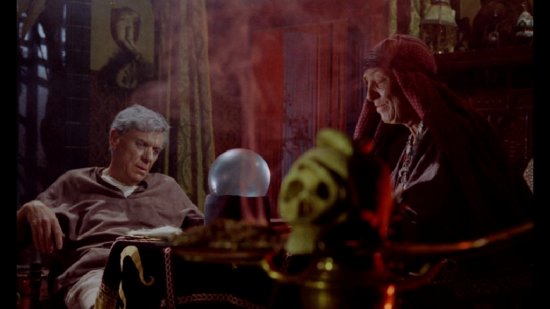 Karloff’s ‘The Mummy’, made at the height of Universal Horror’s powers and which, arguably, caused more excitement than any of the Horror pictures that preceded it from that studio, was unarguably a brilliant film. Using shadowy suggestion rather than clumsy realism (remember that trailing bandage just disappearing out of shot?) it was a far superior film to this. Yet, re-watching this with less critical eyes, has led me to the conclusion that this is a perfectly enjoyable film in its own right.

‘The Mummy's Shroud’ was, in fact, the third of Hammer’s mummy films, though this did not prevent the team for more or less re-telling the tale as if it was its first. Egypt’s deserts were created on location at a wood quarry near Gerrard’s Cross and all the streets and bazaars were shot in the Bray back-lot. This was a film on a budget. 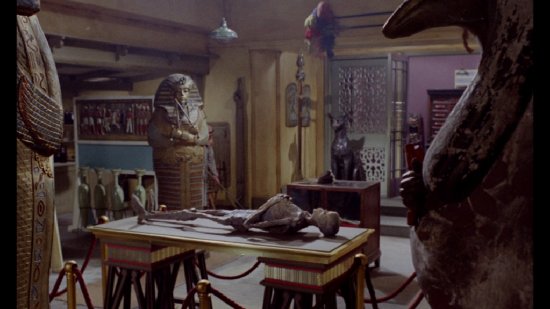 TV stalwart André Morell headed up the cast (also seen in the recently shot ‘The Plague of the Zombies’ amongst other Hammer work) and was ably assisted by David Buck (of TV’s ‘Mystery & Imagination’ series recently released by Network) and Elizabeth Sellars who was also in the very first Hammer picture filmed at Bray (‘Cloudburst’ 1951).

The film was released as part of a double-bill with Terence Fisher's ‘Frankenstein Created Woman’ which had been shot weeks earlier.

The film takes a while to set up its premise before settling down into spooky business as usual. The opening flashback tells of a young Prince’s escape into the desert following a coup. When the prince dies his chief slave buries him beneath a shroud. 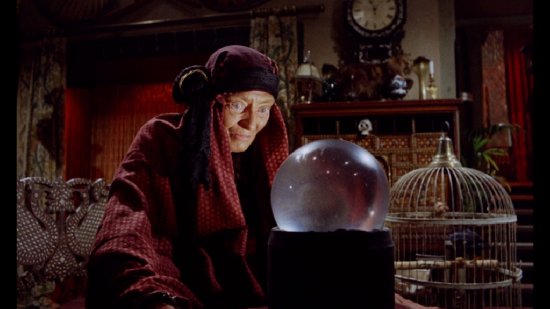 Roll forward to 1920 when a group of archaeologists (headed by Sir Basil Walden played by Andre Morrell) stumble upon the ancient Prince’s tomb. A guardian of the tomb warns them that the tomb is cursed. Thankfully he is ignored and the film continues with the group creaking open the casket. And then things start hotting up.

One by one, those involved are picked off by the Mummy. Bumbling assistant Longbarrow’s (Hammer regular Michael Ripper) demise is perhaps the most memorable as he steps on his glasses just prior to the attack so can only see a blurry figure set upon him. Great stuff! 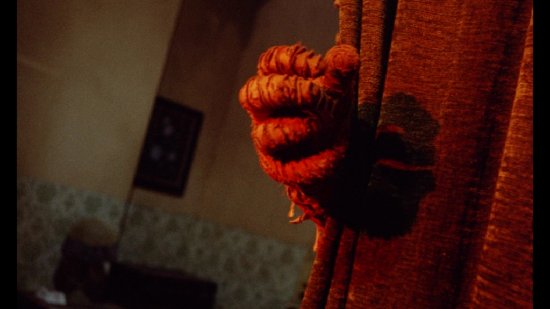 The creepiest individual award goes not to the Mummy (though it’s a pretty good rendition) but to the toothless soothsayer who is often seen through a slightly bowed lens. Her cackles are amongst the best I’ve heard – at least as good as Witchypoo in HR Pufnstuf and as cackles go, she was the queen of ‘em.

This review is for the DVD and not the accompanying Blu-Ray which I can only assume is splendid. For an SD disc it’s a very good, crisp transfer with very little sign of wear and tear and good, solid colouring with very minimal pixilation. 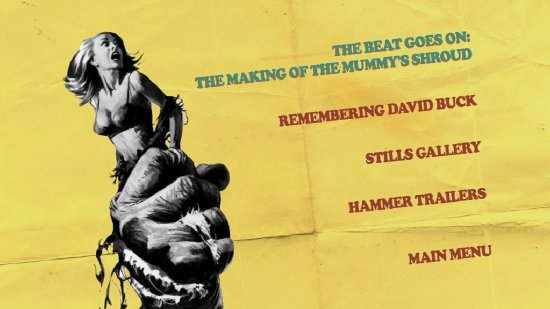 The film comes with a host of special features, the best being the accompanying documentary; The Beat Goes On: The Making of The Mummy's Shroud (22:00). It includes all the usual commentators (Jonathan Rigby etc) though also includes an interview with John Johnston of The Egypt Exploration Society who discusses The Mummy's Shroud use of Egyptian mythology and the original Mummy film's reflection of Howard Carter and the Earl of Carnarvon's discovery  of Tutankhamun's tomb in 1922.

Remembering David Buck (5:30) is a tribute to actor David Buck from his widow Madeline Smith, (Taste the Blood of Dracula, The Vampire Lovers and Frankenstein and the Monster from Hell). Tragically she didn’t actually marry David until he was diagnosed with a brain tumour with less than six months to live.

The Stills gallery (6:00) is a collection of posters, adverts, lobby cards and production stills.

All in all, whilst not an essential purchase, for hammer fans a very worthwhile one with some loving care and attention paid to the restoration and a nice package of extras too.