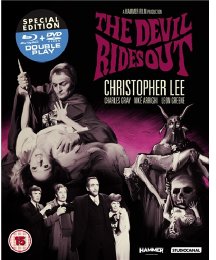 The Devil Rides Out (DVD Details)

Review for The Devil Rides Out 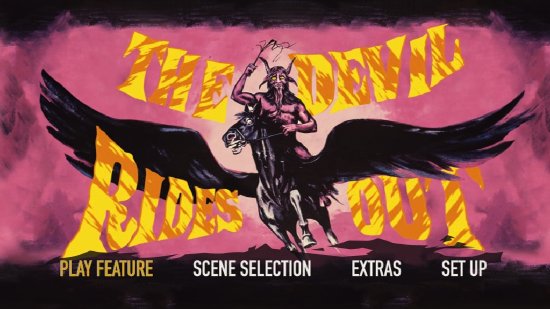 ‘The Devil Rides Out’ still has a strange X-certificate potency beyond the average for me. Wheatley’s 1930’s novels enjoyed a revival in the mid to late sixties which lasted right through to the mid-seventies, with several of his books getting the ‘salacious cover’ treatment, ensuring their popularity amongst teenage schoolboys like myself. 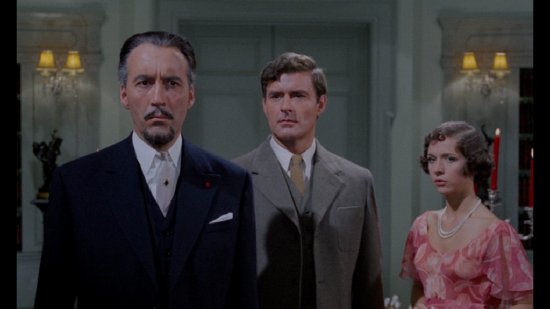 It was potent stuff. A mix of devil-worship shenanigans and ritualistic love-making (or the allusion to) and it was almost inevitable that they were destined for Hammer who no doubt contributed to their popularity with this, the first of their Wheatley movies. 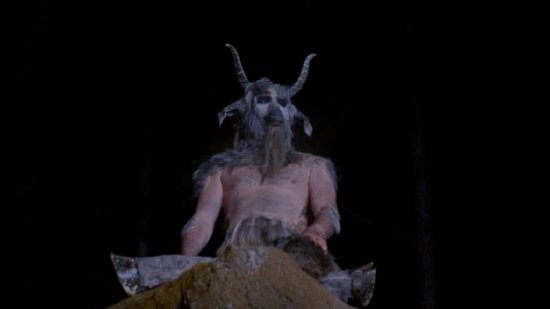 The screen adaptation was put in the capable hands of American sci-fi, Richard Matheson author of such gems as ‘The Incredible Shrinking Man’ and ‘I am Legend’ as well as getting his screenplay credentials penning a number of episodes for ‘The Twilight Zone’. 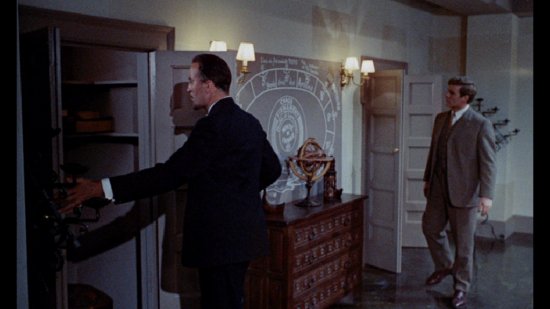 Directed by long-time Hammer director, Terence Fisher, and starring Christopher Lee (coincidentally a friend and admirer of Wheatley’s) the film was shot, for the main part, at Elstree rather than Bray. 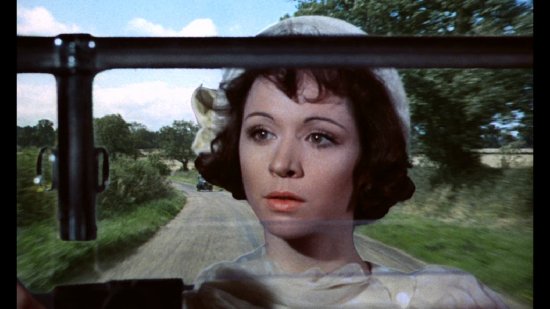 Lee had elected to play the ‘goody’ for once and Charles Gray was cast as Mocata – a role clearly loosely based on Aleister Crowley. Rex van Ryn was played by Leon Greene, an opera singer who had taken the role of Little John in the recently made ‘A Challenge for Robin Hood’ though his voice was bizarrely dubbed by the instantly recognisable Patrick Allen after the event. 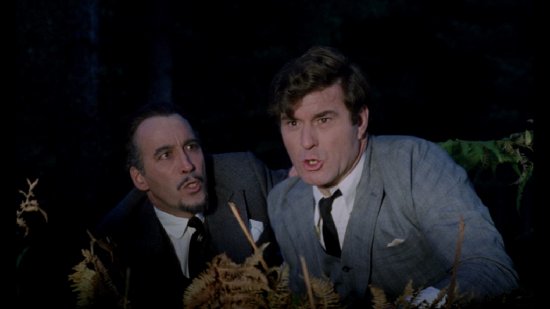 The cast also featured Sarah Lawson (Marie Eaton), a youthful Patrick Mower (Simon Aron), an unusally serious Paul Eddington (Richard Eaton) and Nike Arrighi (Tanith Carlisle). Set in contemporary England, the film sets off at a pace when all appears not to be quite right with an old military colleague. When they visit him to investigate it becomes clear that he has fallen under the influence of a powerful cult and before long Lee (as Duc de Richleau) discovers all the signs of devil worship – and worse, the signs of human sacrifice. 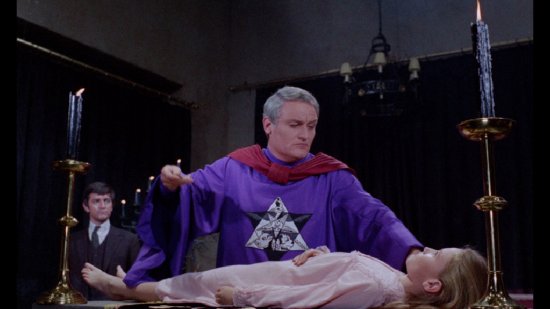 The remainder of the film is a battle of wills between Lee and the powers of good against Gray and the power of evil. Cult followers are mesmerised and powerless to refuse any order and Lee has to employ magic of his own to break the spell and put pay to the cult. 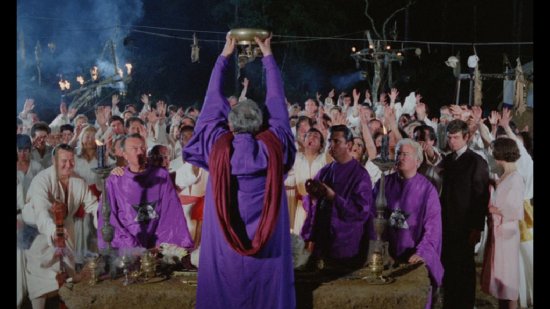 We even witness the devil himself (well, the so called ‘Goat of Mendes’ ) make a brief but utterly frightening appearance during one ritual, fortunately brought short by driving a car straight into the midst of it. Now if only they had figured that out in ‘The Omen’! 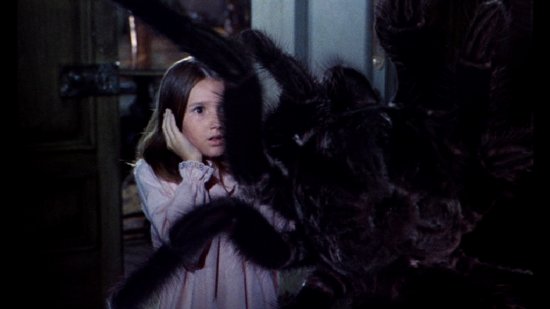 It all looks utterly fantastic (with the exception of some bad-keying during driving scenes) under the capable direction of fisher and James Bernard’s score (the subject of some analysis in the extra features) is really excellent, fuelling the atmosphere from the outset. 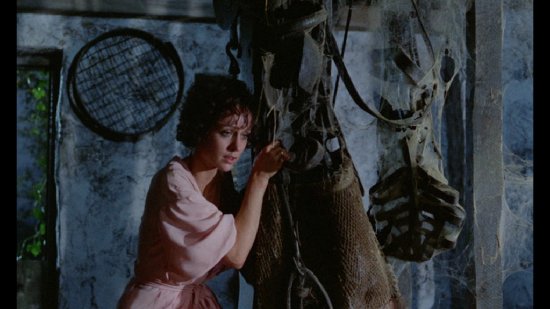 Though I only had access to the DVD for this review, even that looked very good indeed. Rich colours, deep blacks and a clean transfer with little sign of wear and tear or pixilation. Not only that, unlike the recently issued 1957 Hammer movie, ‘Curse of Frankenstein’ (not via Studio Canal), this is in the OAR of 1.66:1. 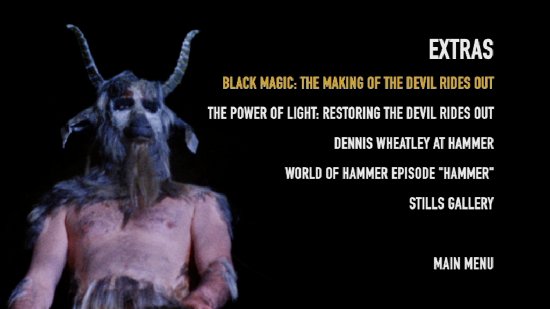 In common with other Studio Canal Hammer releases, the extras are plentiful, well-produced and worth the price of purchase alone.

Black Magic: The Making of The Devil Rides Out (34 mins)
Using interviews with historian Marcus Hearn (who produced the documentary), Mark Gatiss, Patrick Mower and Richard Matheson amongst others, offering a real context-setting introduction before settling into specifics about the film itself. Gatiss’s unbridled school-boy like enthusiasm is infectious as always. Rarely do movies get blessed with such first-class academic overviews which are also wildly entertaining in their own right. If I could isolate scoring for this I would give it a firm 10/10. 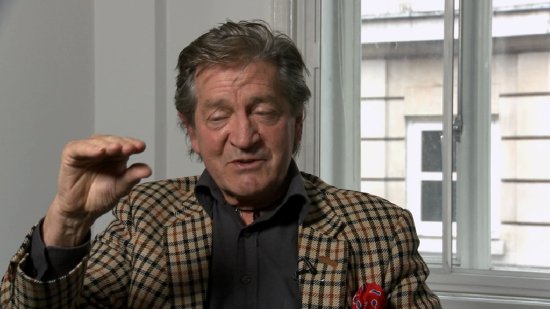 The Power of Light: Restoring The Devil Rides Out (12 mins)
This is a rather technical piece about some post-production tidying that, slightly worringly, seems to have stepped over the mark and added some additional CGI effects to embellish the original. Having watched the extra after the feature I have to say that it didn’t alter my enjoyment of the film and may well have contributed to my enjoyment of it (in other words, nothing looked out of place with the style and era of the film) but hearing about it afterwards has slightly upset the purist in me, like hearing that a ‘live album’ has been doctored and had bum-notes removed before release, it just doesn’t quite seem right somehow. Well, at least they're honest and open about it as this segment testifies. 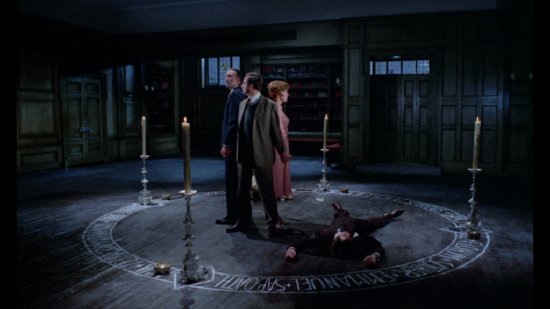 Dennis Wheatley at Hammer (13 mins)
Phil Baker tells the tale of Lee’s interest in Wheatley and the connection to Hammer. Jonathan Rigby and Marcus Hearn then highlight other Wheatley / Hammer adaptions like The Lost Continent (1968) and To the Devil a Daughter (1976) as well as the abandoned scripts for The Satanist and The Haunting of Toby Jugg. It’s interesting that whilst Wheatley was happy enough with ‘The Devil Rides Out’ he was most certainly not happy with ‘To the Devil a Daughter’ which effectively ended the relationship. 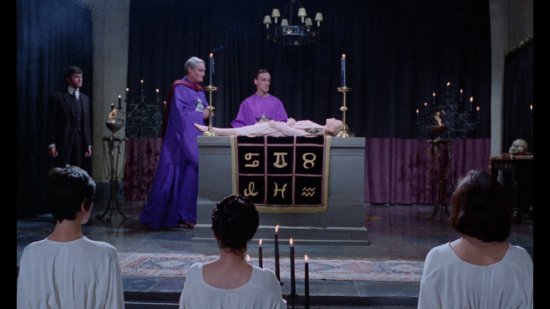 World of Hammer episode: 'Hammer' (25 mins)
Another episode of this less than glittering Hammer focussed series narrated by Oliver Reed which, on the check-disc DVD is virtually unwatchable as the mix of M & E (right channel) and narration (left) is un-mixed with the result that music and effects effectively drown out the narration completely. This un-mixed master was clearly one held for re-dubbing in local language and this should really have been picked up by Studio-Canal. Though it’s really just a bonus piece, it lets down the otherwise superb package.


Despite the slight annoyance of the inclusion of a faulty extra feature, and the slight imposition of new effects on an old film (I’d I have liked to see a version of the film without such embellishment to compare) it would be surlish to suggest that this should prevent the purchase of an otherwise excellent package and no Hammer fan will want to be without it. 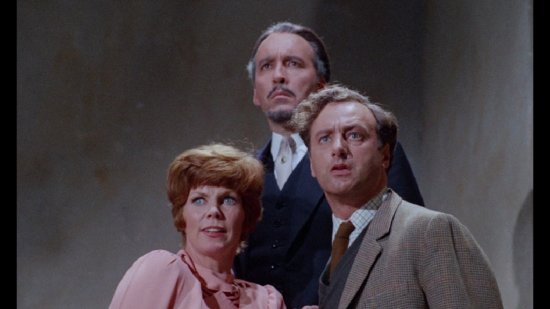