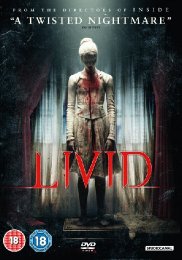 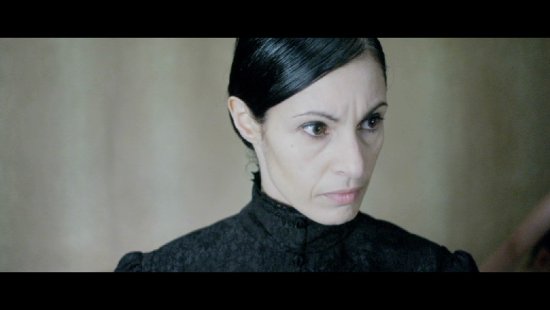 FILM
Bustillo & Maury are the filmmaking pair that have become familiar names to genre fans in the wake of their 2007 debut “Inside“. “Inside” told of the terrorizing of a young pregnant lady, by an unrelenting psychopathic woman. It is an unquestionably horrific, brutal piece. Largely terrifying, it is only let down by some poor decisions late on, revolving around the inept efforts of cumbersome police officers. Minor quibbles aside, it remains undoubtedly one of the more effective horror pictures from the last decade. After several years of jostling around with various projects that remain unmade, most notable a “Hellraiser” remake, the pair thankfully ditched such Hollywood endeavours (for the moment, at least), and returned to France for “Livid“.

“Livid” could not be more different from the incendiary, stunning “Inside”, but of course, that is not to suggest that it is a film without merit of its own.
The plot is initially, and deceptively straightforward. Lucie (Chloe Coullaud) is a young carer in the rather grey setting of Brittany. Trapped in the routine of her painfully dull location, she and her boyfriend, William (Felix Moati) aim to escape from their lives. William foresees and opportunity to gain a head-start when Lucie tells him of her new patient, Mrs. Jessel. Jessel is an elderly woman in a coma, formerly a famed ballet teacher, she lost her only daughter, and retains some sort of mysterious “treasure” in her large, stately home. William recruits his brother, and convinces Lucie to break into Jessel’s house on Halloween (of course!) to steal her wares. From there, the trio find themselves unleashing a chain of terrifying events that reveal the secrets of Mrs. Jessel’s past. 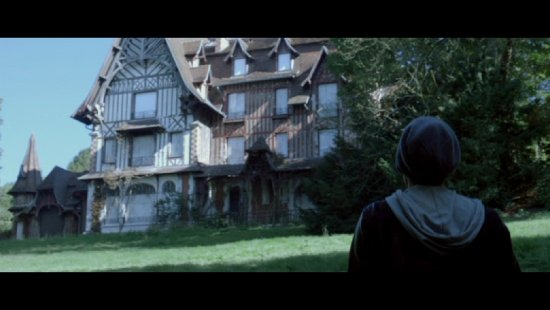 Whereas Bustillo & Maury introduced a seemingly unstoppable force in “Inside“, then increasingly twisted that force into a psychological battle, “Livid” is far more fantastical. The first half of the movie plays around with the element of mystery and leads the viewer down several paths, before finally settling on something much less “People Under The Stairs”, and much more “Let The Right One In”. The film initially smells a little akin to a haunted house rollercoaster, all shadows and creepy wrinkles, before spinning into darker territory altogether. Briefly, there’s even a whiff of “Martyrs“, and the trend that has followed of introducing a divisive twist that turns a horror film into an ordeal. Thankfully, that also does not manifest, as this is in many ways, much more gentle, and almost uplifting.

The pace is a little slow in the early stages, revelling in atmosphere, and slowly reeling the viewer in, rather than delivering the early sucker punches of “Inside“.
In fact one could go so far as to say that “Livid” lacks originality in the set-up and seems initially very uninspired. Three young people behaving selfishly and entering a property they shouldn’t, is very fundamental stuff for the genre. Nonetheless, there is a dense, but playful atmosphere. Most importantly, once the scary stuff does begin to transpire, the film crucially pays off the early patience. “Livid” is gleefully playful, even if at times, it threatens to become too silly, and perhaps it’s one crime is to deliver too many ideas to properly appreciate in one viewing. 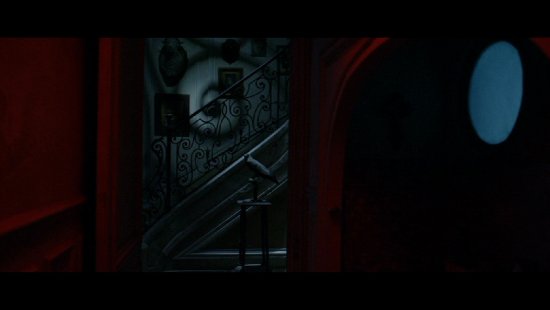 Of huge benefit, in addition to a wonderful score, is a genuinely lovely set design. The house in which ninety-per-cent of the film takes place looks incredibly eerie, although that is the norm for the genre. Here though, the filmmakers play with shadows and light, akin to a gothic-Argento, but with a more subtle touch. The first scene in which Lucie encounters the old woman is also notable, recalling the terrific “The Drop of Water” portion of Mario Bava’s “Black Sabbath“. Best of all ,the directors create several astounding images. What appears to be a dress-maker’s dummy left over from Hellraiser; a make-shift operating room that appears to be culled from another century; a monster-type figure floating magnificently through the open air.

It would spoil the fun to divulge details, but the exterior scenes that dramatically conclude the film, and in particular, one incredible flashback, are beautifully shot. In fact, the latter sequence is a gob-smacking moment that brings together a variety of elements in one striking visual. 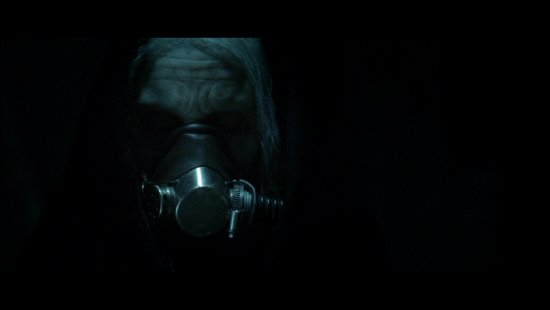 There are the usual problems. Ben is an utterly contemptible loser, with whom it’s very difficult to have any sympathy. Characters such as he are always troublesome in films like this, because them being in a relationship with the main character always results in the lead ending up weaker. Why would Lucie be interested in this chump, who treats people like filth? And more importantly, since Lucie doesn’t have sense to ditch him, it risks discrediting her. Thankfully, a somewhat wide-eyed, innocence surrounds Coullaud, and her performance manages to rise above the mire of what could have been a very weak character. She is very strong throughout, especially as her character changes along with the films’ themes. Additionally, said persona makes a very brave decision in the third act of the film that redeems her. Beatrice Dalle is also always a huge asset to any film, and again adds her otherworldly presence in her fleeting appearances here. But it’s Marie-Claude Pietragalla who steals the show, demonstrating great versatility in her decades-spanning turn. At times fragile, she also effortlessly transforms into a horrific, decrepit being and her mothering instincts are what link “Livid” to “Inside”.


There’s more than a little of the Guillermo Del Toro vibe as “Livid’s” story develops, and we enter into a dark adult fantasy world, rather than the haunted house premise that overwhelms the beginning. This changing of tone could fast become a Bustillo/Maury trademark, and it helps inject an invigorating sense of possibility into their work that elevates it far above the standard of comparable relations. Livid drifts in the end, flouncing about from theme to theme, relishing in the ability to confound the viewer with something that is unexpectedly simple. Some will find the ending rather silly, and beginning to expose a little sentimentality. But this is certainly a fantastical entry that earns that sentiment. “Livid” is arguably not the sum of all of the parts offered, but it remains a rich, sumptuously dark, and defiantly fresh horror picture. 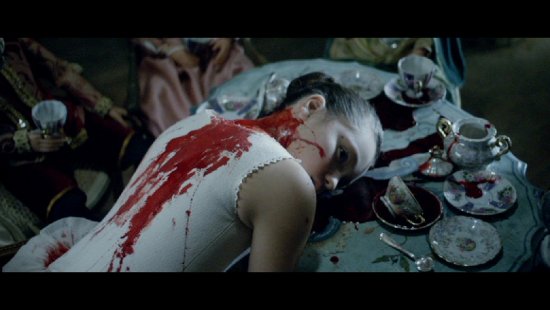 Extras
In terms of extras, the disc merely offers standard fare. First up is the obligatory trailer, which as is also obligatory, spoils several moments in the film, and should be avoided if at all possible.
The disc also includes four separate sit-down interviews that vary in quality. Julian Maury and Alexandre Bustillo contribute a five minute interview that discusses the tone and themes of the film, and is pretty interesting stuff until it ends abruptly. Actresses Marie-Claude Pietragalla is the best of the remaining bunch, as Marie-Claude discusses the make-up effects she had to endure, and the emotional transformation that brought about.
There’s also a Making of Feature, but it only runs 17 minutes and is rather lacking consisting mainly of random footage as the crew set up scenes, and the principles are given instruction.
It’s difficult to recommend the package for the features then- they’re deceptively vague and pointless, offering little insight to the film. 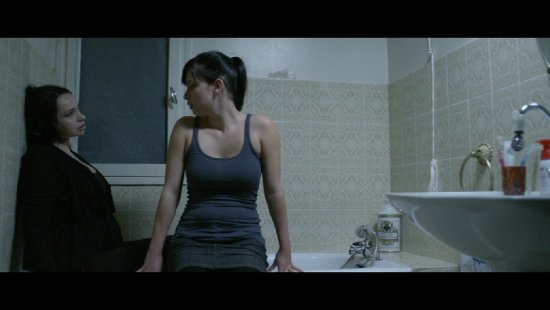 Overall
Sublimely inventive film for those horror fans who admire a playful approach to a dark fairytale, though I suspect non-genre aficionados who give this a chance will be pleasantly surprised. Rather average Blu-Ray/DVD package.