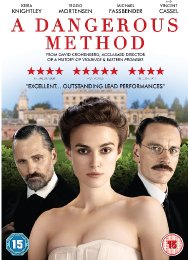 DVD
Croisee in a Foreign Labyrinth

Review for A Dangerous Method 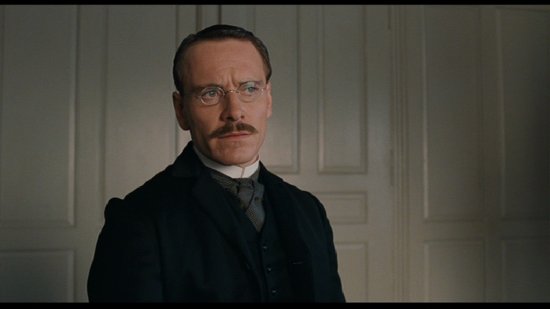 Strangely, David Cronenberg is perhaps still best known as the innovator of "body horror". The sixty-nine year old director saw his career flourish in the Seventies and Eighties with a string of searing, visceral horror movies in which contortions of the flesh were both terrifying and fascinating. Notable examples include the suffocating Shivers (1975) & Rabid (1977), the subversive sleaze of VideoDrome (1982) and of course, the fear of body modification exhibited in 1986's The Fly.

In the ensuing two decades-and-a-half, Cronenberg has turned his attentions elsewhere. An accomplished actor, he lit up the screen in Clive Barkers underrated Nightbreed (1990) and has continued to make minor appearances on screen. As a director though, he's strayed largely from his early concerns, aside from the controversial Crash which linked violent car accidents with sexual deviations in 1996.Mainstream success came from his superlative double act of A History of Violence (2005), and Eastern Promises (2007). These movies proved to deliver enough of the familiar worlds of crime thrillers to attract mainstream cinema-goers without compromising on the director's panache and clinical detail. For this writer's money, they remain among the finest films to be exhibited in multiplexes throughout the past decade-and-a-half. There have been other anomalies though, the more personal Spider (2008), and the Science-Fiction misfire, eXisenZ (1999).

A Dangerous Method then is a departure in one sense for Cronenberg. While Viggo Mortenssen has become a regular co-conspirator, this period piece marks his first entry into that arena of such a concrete setting, since the ill-fated Madame Butterfly (1993). But whereas the aforementioned flop was considered by many as the work of genre director stretching his talents an unsuitable distance from his comfort zone, today's Cronenberg is accepted as a diverse, intellectual talent. Thus, A Dangerous Method is a far more intriguing piece altogether. 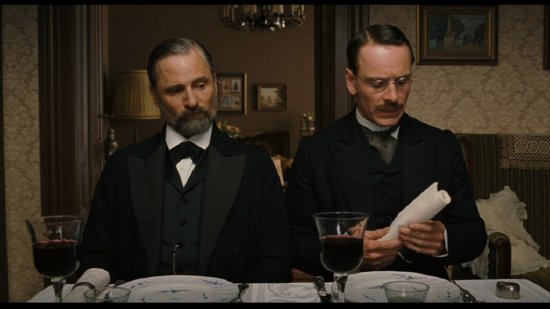 Adapted from the Christopher Hampton play "The Talking Cure", Cronenberg's film tells of the arrival of Sabina Spielrein (Kiera Knightly) into the care of Carl Jung, played by Michael Fassbender. Suffering a case of hysteria, she is treated via psychoanalysis, a method innovated by Jung's idol/mentor, Sigmund Freud. Set against the backdrop of World War 1, Jung begins to discover that Spielrein's issues are related to child-hood abuse and her suppression of the consequent sexual associations she developed with the punishments. Despite the troubled background, Jung uncovers Spielrein's intelligence and instinctive psychiatric skills. She begins assisting his work, with Jung as her mentor, while he adopts the student role as his relationship with Freud develops. Complicating matters, the married Jung & Spielrein begin an affair, while she works towards becoming a child psychologist. Jung begins to expand his approach and theories beyond Freud's teaching, which becomes the framework to the film, as their analysis of each other as a pseudo father-son combination becomes a brittle and fragmented friendship.

Admittedly, the film is rather stagy, and one can clearly see how it worked (arguably better) as a theatre piece. Aside from the notably cold and unerotic sex scenes (that as usual, have perhaps overshadowed the other facets of this release amongst the popular media) the entirety of the film revolves around intellectual discussions and the central three figures analysing each other and their motives.
Where the film really sizzles, is in the scenes between Mortenssen and Fassbender. Fassbender is atypically lacking in charm- his charisma appears to manifest via a common bond with his contemporaries as Jung rather than his usual magnetism. Indeed here, he's restrained and suffocated by his own hand. It's a controlled, fascinating shift by the actor. Mortenssen too is his equal, and the two really click as intellectual goliaths, demonstrating a real subtlety and at times. Their cerebral duel exudes a danger more tangible than the pseudo-masochistic tendencies of Fassbender's illicit relationship with Knightly.
What's ironic is that none of the leads were the original choices, with Julia Roberts being the original choice for Spielrein, and Christophe Waltz, amongst others being sought after. The final results are so impressive, one can hardly imagine anyone else stepping into their shoes. 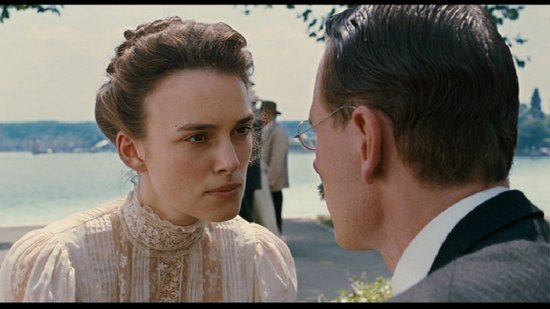 Generally, the performances are terrific, certainly retaining interest even in the odd moment when the script threatens to meander towards the dull. Kiera Knightly is both versatile and believable in a role that really could have easily coaxed a ludicrous, slap-dash effort. Likewise, the incomparable Vincent Cassel makes his mark in a brief but vital turn as Otto Gross.
The opening scene is perhaps the toughest incident to digest, as it's the only moment in which Cronenberg pulls out the plug and washes his film with a dose of hysteria that the remainder of the film firmly keeps the lid on. Certainly, this is modern film devoid of modern flash, instead offering its drama in the shape of unbearable tension. It requires the viewer to take an interest in not just what is occurring on screen, but in the machinations of the debate that is occurring between Jung and Freud. If psychoanalysis and Freudian thought is not your thing, then in all likelihood, neither will A Dangerous Method be.

Lionsgate's Blu-Ray and DVD releases of this both offer a Cronenberg Director's Commentary, and a short Making of feature. Hardly a staggering package, but what is present is good, particularly Cronenberg's informative track. A little more would certainly have been nice though, especially perhaps an in-depth look at the personalities the play/script is based upon. Definitely a missed opportunity, and this is an instance where a very good film commands a degree of hesitation in purchasing due to an average release. To the credit of all involved horror- both picture and audio are terrific. While our review copy was on DVD, the film nonetheless looks fantastically sharp, and I'm assured that on Blu-Ray, it's even more wonderful. 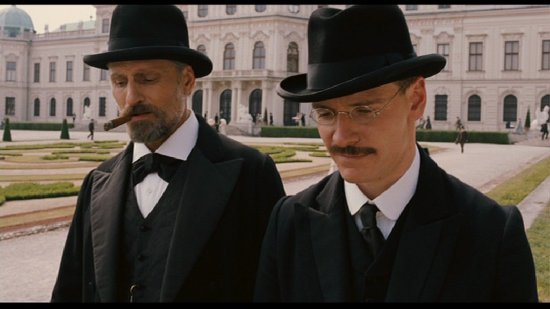 Perhaps appropriately, A Dangerous Method is by no means a knock-out film. It's far from exciting, and not an especially light watch. Like several of Cronenberg's post Naked Lunch entries, it's likely to disappoint a considerable portion of his long-term fan base. It is however, a genuinely intriguing curiosity, that certainly merit's generous consideration. As with his most interesting work, this is a deep ,and perhaps unsettling film. In this case though, transformation and confrontation of suppressed fundamental characteristics are handled in an intellectual sense. A Dangerous Method plays out like chess match rather than a Hollywood blockbuster, and buoyed by a triumvirate of actors close to the top of their game, it's fabulously realised.