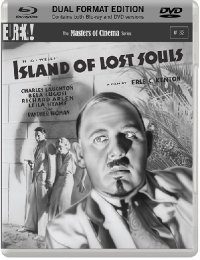 Review for Island of Lost Souls

Eureka! Continue their onslaught of impressively mounted remastered editions of classic slices of cinema with this long-awaited Blu-ray and DVD. Long regarded as something of a lost treasure like many from the period, it is only appropriate that "HG Wells' Island of Lost Souls" receive the treatment it deserves as part of the Masters of Cinema series. 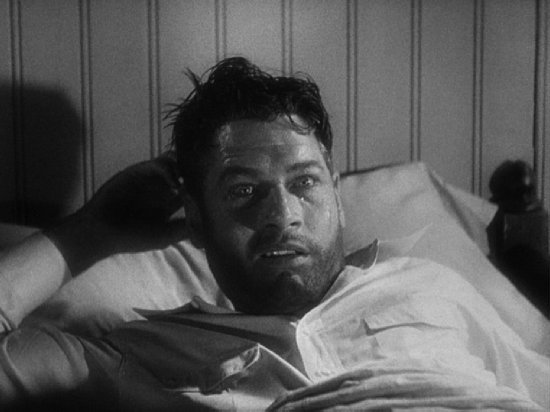 Incredibly, the film remained banned in the UK until 1958, due to the depiction of "animal cruelty", and most likely, the film's rather thematically gruesome premise. Even Wells himself was a detractor, disliking the horror elements being so strongly emphasised.
Last year however, the picture was resubmitted to the BBFC, this time garnering a PG rating, quite the change from the "X" it was lumbered with in the Fifties, and the "12" it garnered on VHS. Rightly so too, as despite the often unsettling tone, there is nothing specific in the movie that begins to match the violence of even the majority of family films in 2012 (Jurassic Park, to take a relevant subject is far more frightening and violent, while almost every PG rated film today contains sexual elements completely foreign to Thirties cinema). Then again, back in the burgeoning days of filming, the censor forbade such acts as "lascivious dancing", and a couple being depicted in a bedroom with more than one foot not firmly placed on the floor!

The premise is ingeniously simple: a man named Edward Parker is found adrift in the sea and taken aboard a trading ship. There, he learns the ship is headed towards a South Sea island inhabited by the enigmatic, elusive Dr. Moreau. A chap by the name of Mr. Montgomery is in charge of supplies heading for his boss, and ends up with Parker when the ship's captain "obeys" marital law, then swiftly rids himself of the unwanted guest. Parker has no choice but to go along to Moreau's island.
Moreau appears friendlier than expected, but Montgomery's suspicious trepidation suggest Moreau has something else at work, and he introduces Parker to a girl named Lota over dinner. Lota appears rather kind-hearted, if a little… vacant. Soon, Parker witnesses Moreau at work, and the inhuman experiments that have resulted in a collective of beast people. Manipulated and transformed by Moreau's experiments, they live in the jungle in fear of "The House of Pain". 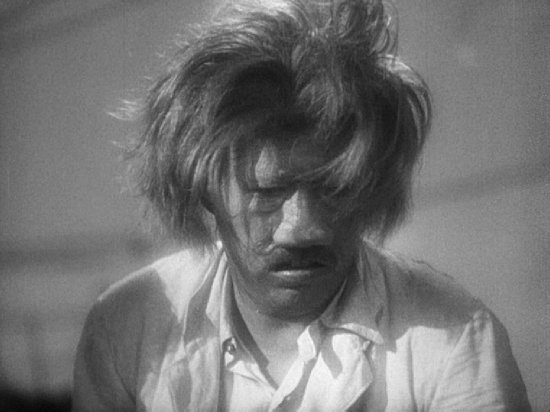 Many modern audiences have difficulty with the acting exhibited in works from this period, especially within the horror genre. It's true that often within lesser works, this is an insurmountable obstacle in coping with the more melodramatic scenes. However, Island of Lost Souls is a melodrama that largely avoids such hysterics, exhibiting enough of a horrific, unsettling grounding that it remains extremely satisfying. A big part of this is the fine ensemble cast.

As Parker, Richard Arlen is likeably gruff and sympathetic if a little "stock". He's definitely an old-school leading man. Not a great deal is asked of female counterpart, Kathleen Burke, as Lota. Regardless, she too is sympathetic, and she extracts maximum sympathy for her doomed predicament. Charles Laughton however, clearly steals the show, with a legendary performance that dominates the film. it's the sort of outing that can counter-productively absorb a film like this when viewed by today's audience for the first time. Expectations are ridiculously high, but in this case, certainly met. If anything, it's miraculous that Laughton's performance endures through years of lampooning, and the fresher memory of an horrendously bloated, warbled turn as Moreau by Marlon Brando in the rubbish 1996 remake.

In a rather brief (and perhaps undeveloped) role, genre stalwart Bela Lugosi is also terrific as "The Sayer of the truth". Perhaps it's the ability to perform under the make-up, or perhaps his distinct voice, but his brief appearance carries great gravitas, particularly in the film's best scene- Parker's first foray into the jungle, and the subsequent exchange between Lugosi and Laughton. Blackly dark, his speech carries a terrific weight, emphasised by Parker's cold, disgusted response. Lugosi though, also perfectly summarises what make the beastly sub-human beings so tragic and fronts their unconventional dignity. 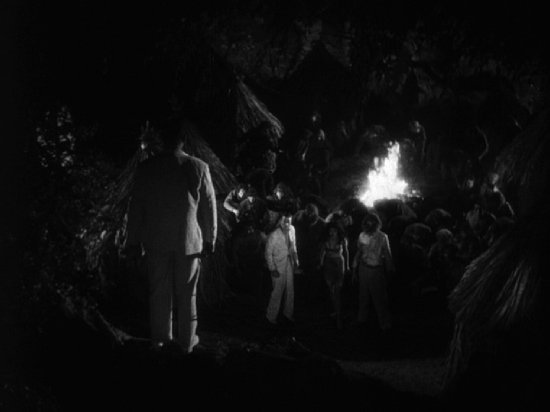 Island of Lost Souls is also a terrifically handsome piece of work for the horror genre. In fact, all three adaptations of the book have benefited from being treated as more than just a low-budget genre piece. A sweeping shot of the jungle as Lota and Parker run from the facility remains impressive in scope. In the immediate aftermath, they encounter the animal people in the jungle, in a moment that remains unnerving. Kenton's film is stuffed with such visually arresting moments, allowing the audience to experience Parker's perspective in a believable manner. Only very occasionally, such as a shot at the end, or in the dialogue between the sea-faring men, does the film begin to creak and show its age.

Eureka! Have assembled a very fine package for this seminal release, on both DVD and Blu-Ray. Review copies did not contain the full assortment of extras, which include a "lavish" booklet, with a new Kim Newman essay on the film, new SDH subtitles, the theatrical trailer, and of course, a high-def restored print. An interview with Simon Callow (Charles Laughton's biographer), and historian Jonathan Rigby are excellent little additions. It's available on DVD and Blu-Ray in a standard Dual format release, or in a sumptuous Steelbook on Blu-ray only. The issued review copy was also a DVD- and looked staggering when considering the age of the product. The Blu-Ray is even more spectacular, and certainly, it's a near-impossibility that this picture will ever see a better UK release. Given the generous package (and in particularly the lovely Steelbook), horror fans cannot be urged any stronger than to add this to their list of 2012's essential purchases. 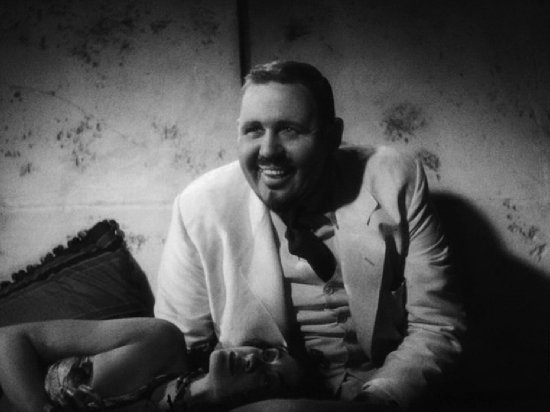 Far from creaky or antiqued, Island of Lost Souls has somehow retained he power to chill. It won't shock anyone in 2012 in the manner it caused outrage eighty years ago though. Those less preoccupied by cinematic history, the origins of genre filmmaking, or simply an old-fashion bout of outrage at "playing god" are unlikely to be fazed, and very possibly bored. But it's unfair to dismiss such a gem because of the limitations that existed in such an early period of the art form's existence. Right across the board, from performances to the dizzying atmosphere, it is a compelling piece of work. It asks questions about the human condition, about the inherent nature of man to destroy and play god. Like many great entries into both Science Fiction and horror, the real beast is exposed as "civilised man", and it is who man pays the price for his own sickening abuse of power. Island of Lost Souls may not have the visceral edge it was once thought to exhibit, but it remains affecting and inspired.

Just watched this on DVD and was totally bewitched. It is  surely the most lavish Universal 'horror' of all time. Laughton is superb and the make up team did a great job. Was that really Bela Lugosi doing the 'Are we not men?' routine? There was a preponderence of references in rock and roll to this stuff in the late seventies. The Ramones took 'Gabba Gabba We accept you one of us' from 'Freaks' and Devo nabbed the line from this. How curious! A great release ...
posted by Stuart McLean on 27/5/2012 20:25
It really stands up as looking the part doesn't it? Yep that was Lugosi. I probably should have referenced more of that stuff- it really is one of those classics that's got under the skin of pop culture, I think probably alot more so with artists themselves than the general public.
posted by Michael Campbell on 28/5/2012 18:44