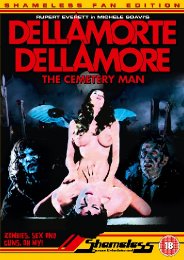 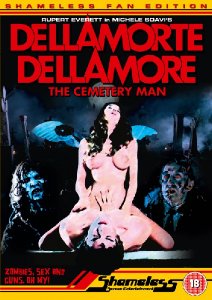 "I shall be eaten by whoever I please!"

Based on a story written by Italian comic artist, Tiziano Sclavi, Dellamorte Dellamore, (otherwise known as "Cemetery Man" to non-genre aficionados), is quite the oddity on the CV of Rupert Everett, perhaps most famous for his role in 1997's My Best Friend's Wedding. At first glance, it's also an anomaly within the catalogue of its director, Michele Soavi, this is ferociously unusual material. 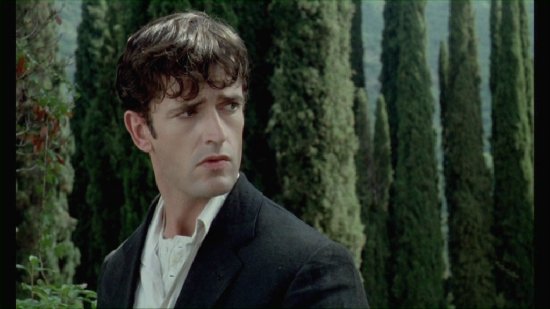 Soavi began his career as an actor, with his appearance as a horny teenager in Lucio Fulci's disjointed but fascinating "City of the Living Dead", resting fondly in the memory of those with a taste for Italian carnage. He swiftly impressed behind the scenes though, eventually ending up as a kind of protégée to Dario Argento. He eventually lensed the fabulous documentary on Argento, Dario Argento's World of Horror, before making his feature film directorial debut with Stage Fright (Aquarius) in 1987. For this writer, Aquarius was an utter revelation, a sprawling Italian slasher that plundered the genre with it's slightly formulaic plot, but combined it with a magnificently baroque setting and an imposing Simon Boswell score. It also featured one of the most memorable get-ups donned by a murderer in Eighties horror cinema (a theatrical Owl head nicked from a theatre costume), and a turn by fan-favourite Giovanni Lombardo Radice. Soavi would also come up trumps with "The Church" in 1989, and "The Sect" two years later, to slightly lesser effect. Essentially, his work was of a standard that gave genre fans fleeting hope that he could help revive the flat-lining Italian horror industry. In truth, by the time he made Dellamorte Dellamore in 1994, mentor Argento had already fallen off the cinematic wagon, and Soavi was rather unfortunate to have such pressure places on a fledgling career. In any case, the talented director withdrew for filmmaking in order to care for his son, who was tragically terminally ill.

Dellamorte Dellamore follows Francesco Dellamorte, a cemetery caretaker in rural Italy. Dellamorte's occupation comes with a rather unusual downside however; as corpses have developed a habit of rising from the dead on the seventh day. Francesco therefore has to maintain the area by terminating the zombies via gunshot, while his protests to local authorities fall on deaf ears. Thus, the caretaker approaches his job with all the enthusiasm of a dehydrated cactus. The depressed, lonely Francesco slips further into himself as he meanders through a dismal existence, until he meets a stunning young woman, at the funeral of her husband, funnily enough. Wasting no time, Francesco falls in love with the girl, and they decide it appropriate to have a late-night romp upon the graves. When the dead rise however, including the husband, she is bitten, and subsequently killed by Francesco when he believes she has been zombiefied and shoots her. Throughout the remainder of the movie, Dellamorte falls into a deeper melancholia, offset only be encountering new women, who resemble his love (they're all all played by genre starlet, Anna Falchi). Losing the plot somewhat, Dellamorte is convinced that a sensible approach to his work would be to begin exterminating the dead before they've expired, and are still just…regular people. Obviously this doesn't transpire without some difficulties.
Like much of Director Michele Soavi's work, Dellamorte Dellamore has remained unfortunately hidden from widespread public consumption, garnering a reputation as in-demand curiosity over the years. It's easy to see why. It's really bizarre stuff, and play like a demented mixture of Betty Blue and The Evil Dead. 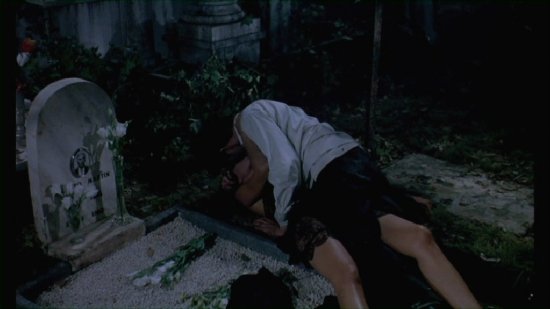 The focus is clearly not on the horror side of things, rather its deliciously surreal aesthetic. It's clearly a film that mainstream critics initially regard with derision, then re-evaluate over time . Simultaneously, this is a film that probably falls between the cracks for many gore-hounds, thanks to a sense of artistry, and a pace that drifts along, rather than being propelled by a strong narrative thrust.
With Dellamorte's indifference towards the undead as the main source of black humour, and his casual dissolution into self-loathing the tone is both downbeat, yet bursting with wit. Much of this is surely down to the lead, as Rupert Everett is truly tremendous throughout this film, providing a real focal point even when the plot threatens to completely spiral out of control. Anna Falchi of course, supplies something to ogle, as she meanders in and out of numerous roles exhibiting her esoteric beauty.. Special mention must also be made of François Hadji-Lazaro who plays Everett's assistant Gnaghi with great aplomb. He's a sympathetic beast of a man, who somehow extracts pathos from the nauseating notion of falling in love with a disembodied, reanimated head. Then again, such a quirk is all but typical of this most atypical slice of Euro-horror.

Extras are somewhat slim on this release, limited to just a trailer, photo gallery, and an admittedly informative audio commentary by Soavi and writer Gianni Romoli. However there is also a booklet by genre expert Alan Jones to add to the package, and both audio are picture quality are very impressive indeed. The image is frequently a little soft, however this is partly by design ,with the sets looking occasionally sumptuous. Daylight scenes in particular look very crisp and clear, but the many night visions also hold up much better than expected, with solid contrasts and some real depth. 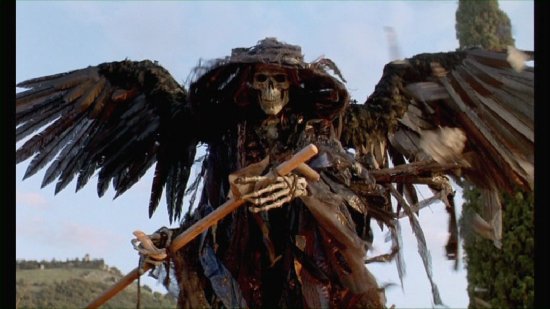 Shameless have thus provided a respectable presentation from which to do draw attention back to this misunderstood, little-seen gem. Soavi's 1994 opus is far from the genre-transcending experiment it could have been. An unstructured narrative, and inconsistent tone instead relegates it into the territory of being more of an Italian-style weirdie. That's fine however as there is still much to enjoy here. This doesn't have the tight plotting of the stunning Aquarius or the aura of evil that infiltrates The Church, but it does have a lyricism, and its best moments, a genuine charm.

Dellamorte Dellamore is far from a perfect film, but at the same time, it's full of curiosity, and contains some really invigoratingly fresh ideas. Soavi's big-screen oeuvre may be somewhat slight, but it is certainly bursting with interest and variety.