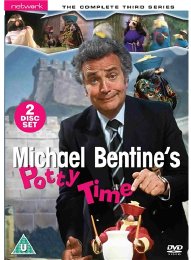 DVD
Children of the Stones: The Complete Series

DVD
For the Love of Ada: The Complete Series 3

DVD
The Strange World of Gurney Slade - The Complete Series 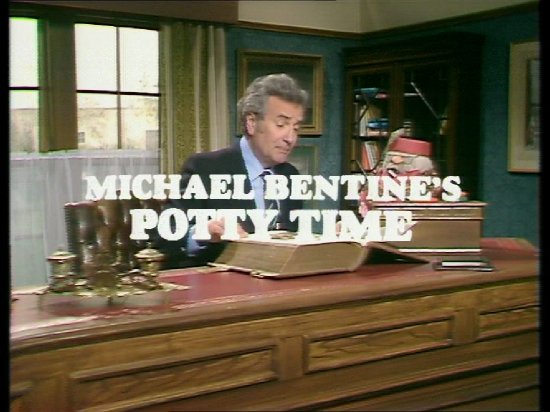 I never saw this when I was younger. Maybe I was slightly outside its age range. I remember being aware of it - just never really knew what it was. My wife, on the other hand, remembered it well. 'You're not going to actually watch that rubbish?' she asked when she spotted the discs. Now this is a lady who has become used to her archive TV obsessed husband re-living a misspent childhood by watching kids TV delights like 'The Double Deckers', 'The Monkees' and countless cartoons. And in all those years I don't recall anything being so pointedly defined as 'rubbish'. Which wasn't a great start. 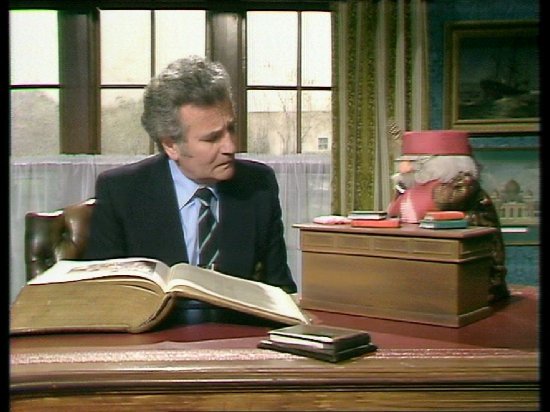 Still, despite coming to the series in its third (of seven) series, I decided to plough on. After all - this was a classic, right? Voted 71 in the top 100 kids shows of all time. And that theme tune is as catchy as Captain Pugwash. So it's got to be good, right? 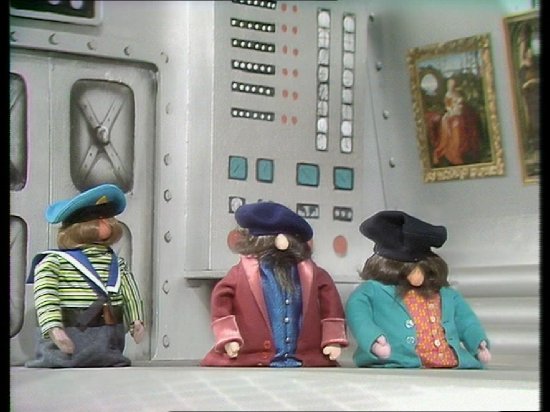 What I didn't expect was a show so totally dominated by Bentine. He does all the voices - his own, and all the many characters that appear in the series as slightly flakey 'toilet-roll' styled puppets. The net result is like watching a ventriloquism act with a twist - there's no ventriloquism. All the other voices are pre-records, which gets a bit stilted. 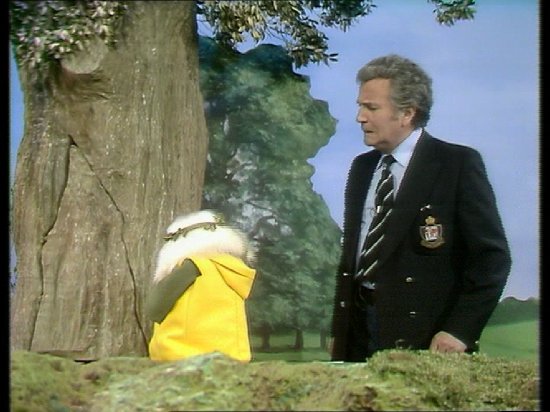 Despite insulting the French, Scottish and countless others with exaggerated and very bad accents , tonally they all sound like Bentine. He makes no attempt to alter the timbre of the voices . And as the puppets have no moving parts (like mouths for instance) it can get very confusing. But there is just a soupcon of Goons style zaniness to the voices, and some may love the little bearded potties (this was a very male oriented series!). 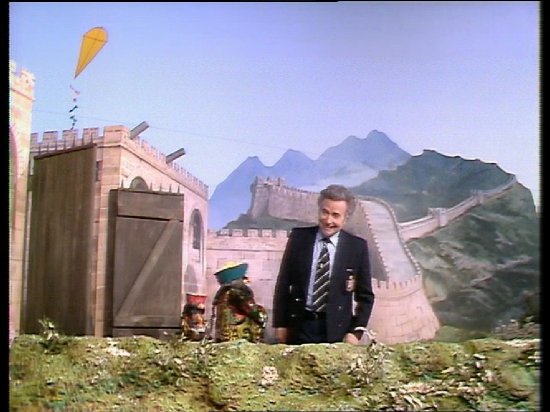 So - apart from the dominance of Bentine's voices, the lack of moving parts, and no ventriloquism, the show itself must have been a blast to have lasted so many seasons. And it's got to be completely 'potty' right? As in zany? Yeah? Well…actually …no. From a kids perspective, I expect this was as dull as dishwater. All the 'pottyness' wouldn't have fooled me any more than it fooled my wife. This programme is just a series of educational history lessons after all.

But made interesting, right? Bringing it to life for the kids?

Well, no. Not really. It's all delivered from a giant 'Potty Encyclopedia' and, despite the title, is actually a bit dry. As you would expect from a 'programme for schools' or something. It's the sort of programme that used to make me feel a bit gypped. Like I'd been fooled into doing some school-work or something. I used to get that feeling with Blue Peter occasionally too - another programme that couldn't be trusted to deliver just entertainment. 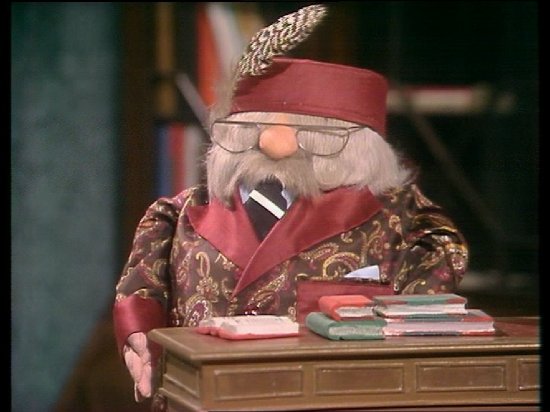 Apparently Bentine devised, wrote and produced the show - a man on a mission. He also 'designed' many of the characters too. It was a similar format to BBC1's 'Michael Bentine Time' from 1972, though became 'Potty Time' when moved to ITV in 1973.

It all ran for seven seasons so was either extremely popular, or was fulfilling educational criteria - or a little bit of both.

In a world dominated with fast-moving and constant images and information, this slow-moving, slightly amateurish format does look horribly dated in a way that doesn't blight superior puppet series (like Gerry Anderson's) .

But this wasn't intended for today. It started some 40 years ago and ran for almost two decades. And despite my feelings about it now, and my wife's recollection of the show as 'rubbish', it probably remains real treat for those who recall it with fondness. After all - why listen to my wife's opinion? She watches the X-Factor - 'New Faces' with added cruelty. 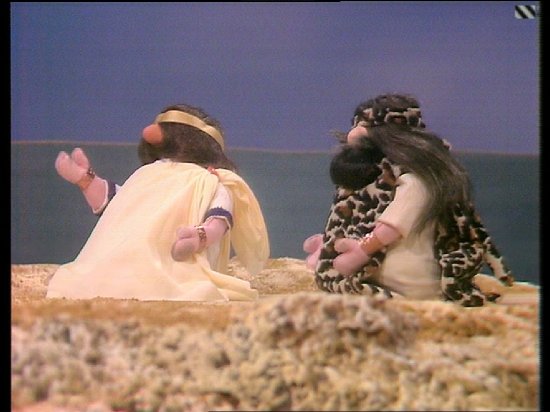 So what do you get if you buy the Series 3 two disc set (which originally aired in 1977) from the very finest of DVD distributors, Network?

Well, this little lot - all running for 'half hour slots' (minus ad breaks). Most are historical, some scientific or engineering focussed, though all are educational. So don't say I didn't warn you.

1. China / Jason and the Argonauts

2. Mysteries of the Mighty Thames / Seven Wonders of the World

7. Potty Marsh Under the Wall 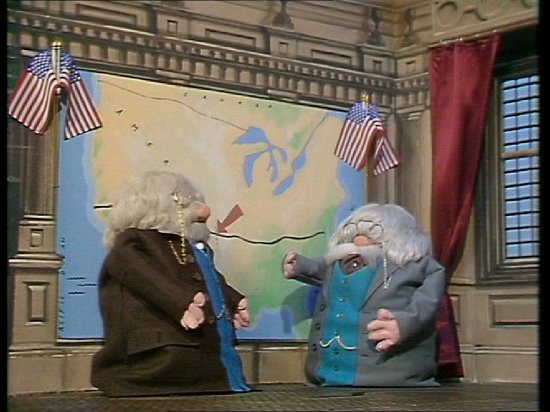 Picture and sound quality is consistently 'acceptable' throughout which is to be expected for a show of this vintage.

I can't see this show finding a new audience today. It's just too slow, too of its time. But fans will delight in completing the series and Series 3 is as good a place to dip in as any, particularly if this was a year when you were in the target age range first time round.

I didn't like it - but I would defend to the hilt someone else's right to disagree and would join them in thanking Network for making it available. 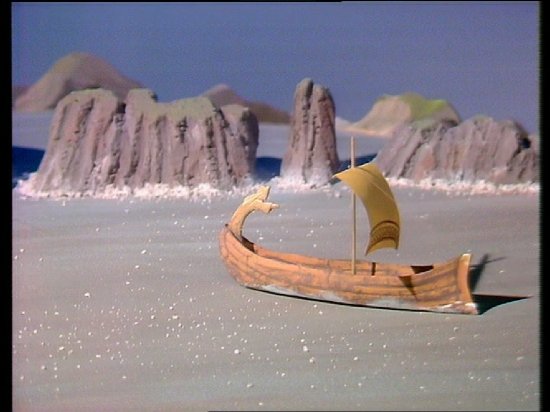 I remember this, it was ace.  My favourite was one about the Khyber Pass...
posted by Si Wooldridge on 3/9/2011 20:44
The big disappointment for me about the first release of MBPT was that the first series didn't include the micro-Potties (flea circus) setups.  I take it this series includes a few as the Viking warship still above indicates.

Lest we forget, Michael Bentine was the fourth Goon, headlining alongside Milligan, Sellers and Seagoon from 1951-53.  He left the show (officially) to pursue solo ventures, but it's said he and Spike clashed.  IIRC, he appears in the Goon Movie Down Among The Z Men.
posted by Mark Oates on 5/9/2011 03:30
The Khyber Pass was only ever intended as a euphamism and should never be used for bogus educational purposes, Si.

http://www.youtube.com/watch%3Fv%3DGS0rQ6FQ4E4
posted by Si Wooldridge on 5/9/2011 17:03
Bentine's invisible Potty routines were instrumental in fostering the belief that flea circuses operated the same way - that the various "acts" were operated from below by magnets or control rods - where in actual fact the real flea circuses did use real fleas harnessed with fine fuse wire and induced to pull their loads by heating the tray they were placed on with a match.

I take it you're not a QIer.

And "Khyber Pass" is a perfectly legitimate geographical term for a specific pass through the Safed Koh mountains between Afghanistan and Pakistan.  I suspect it acquired its rhyming slang connotation from the poor bleeding infantrymen posted there during the three Anglo-Afghan wars.  "North-West Frontier" was a 20th Century term, but the British Army had been up the Khyber since 1839.
posted by Mark Oates on 6/9/2011 01:58