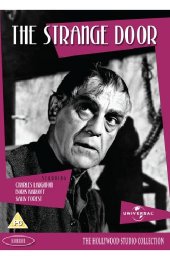 DVD
Old Dark House, The (US)

Review for The Strange Door 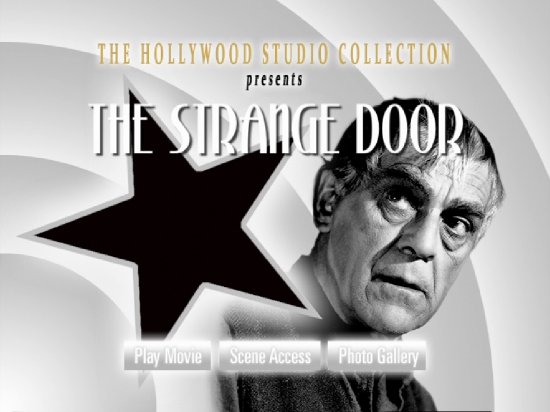 Though it is Boris Karloff's haunting image that takes centre stage on the DVD inlay, ''The Strange Door' is definitely a Charles Laughton showcase. He's absolutely superb as the grotesquely salivating, over-weight and self-important Sire Alan de Malatroit. Karloff, though as dramatic a presence as ever, takes a far lesser role, taking it easy after his Universal heyday a decade or so earlier. 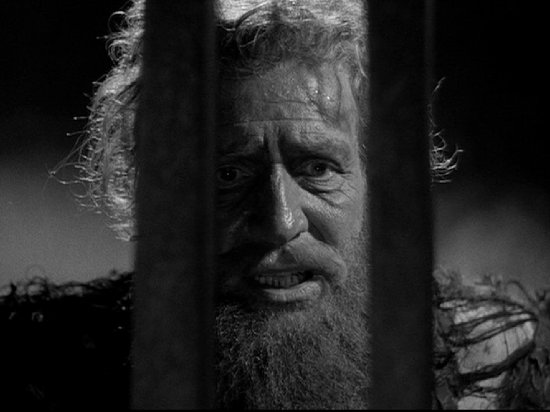 Straddling a thin line between historical swashbuckling drama and classic Universal horror. 'The Strange Door' may be a low budget picture but it's still great fun, sixty years on. 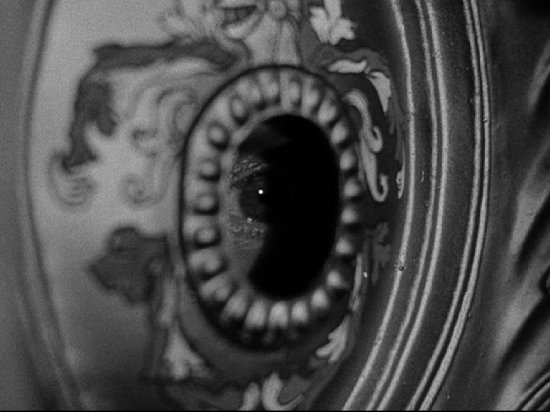 Dennis de Beaulieu (Richard Wyler under the name Richard Stapley) is a decadent, drunken, womanising nobleman in late seventeenth century France. One night, whilst indulging his passions, he is observed by a group of men (with de Malatroit the clear leader) who are making their own plans for him. We don't understand why, but it seems that this brawling, molesting drunk is 'ideal' for some evil plan. 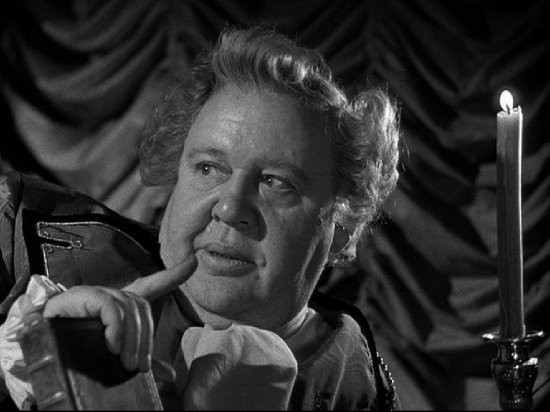 When a fight breaks out, it appears to be nothing more than a standard bar-room brawl until Denis ends up killing another man. Strangely, when he makes his escape, Sire Alain's coach is waiting to take him to safety, despite the fact that the two have never met.

It appears that Sire Alain would like his niece (Blanche played ably by Sally Forrest) to wed Denis - a man he assumes will make her life an abject misery. Because Sir Alain has a grudge. And what is he keeping behind the strange door? And is his faithful man-servant (Voltan played by Karloff) really as faithful as he seems? And what became of Sire Alain's poor brother Edmond (Paul Cavanagh) - missing, presumed dead? 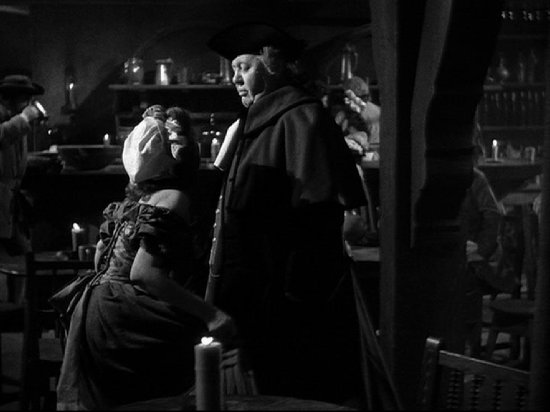 The whole thing is a thoroughly good, if un-frightening, yarn running in at just over 80 minutes. The picture quality is very good on this transfer and as I received just a hand-written DVD-R single-layer disc for review, you can feel assured that your purchased disc will certainly look no worse.
Presented in 4:3, I suspect that this was its original aspect ratio, despite the films 1951 release date. There are certainly no evident signs of pan and scanning. 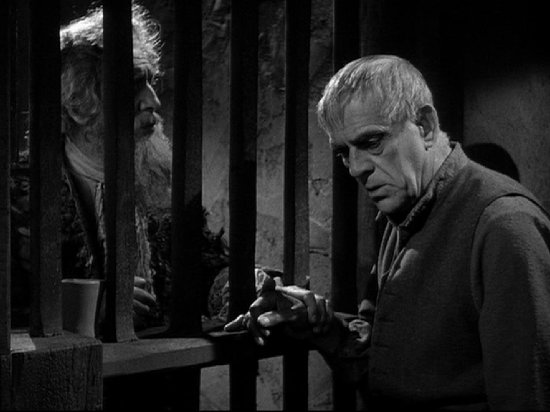 Both Laughton and Karloff turn in memorable performances and the tale, based on a Robert Louis Stevenson story, is great fun, if undemanding. It's the sort of film that will probably bear repeated viewings, perfect for rainy Sunday afternoons or the early hours of a Saturday morning. It won't matter if you nod off. The plot is fairly obvious regardless of your point of entry.

If you already have the excellent Universal Horror classics, and are looking for something of its ilk, then this may well be for you. If you haven't got the Universal Horror Classics, then buy those first. They are undoubtedly better. But this will certainly do for seconds.