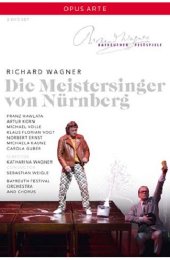 In 2008, Katharina Wagner, the great-granddaughter of the man himself, took on (together with her half-sister) the reins of the annual festival that takes place in the almost-holy shrine that is the Bayreuth Festspielhaus.

The year before, Bayreuth staged her production of the most 'protected' of all Wagner operas, Die Meistersinger, and it is this production, filmed a year later, that we have on the DVD. The average wait for a ticket for performances in Bayreuth is between 5 and 10 years.

Before I pass any judgements, the basic plot of the story is as follows. 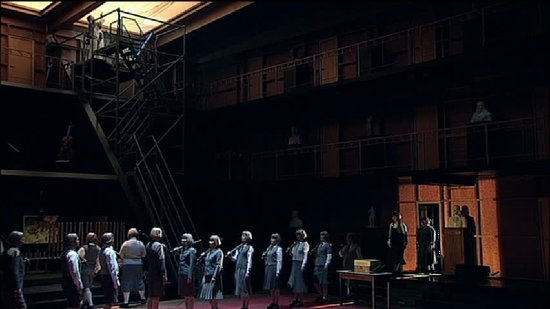 A knight, Walther von Stolzing, comes to Nuremberg and immediately falls in love with Eva. She feels the same, but unfortunately is betrothed to whoever wins the upcoming song contest, which takes place on St. John's Day, and can only be entered by a Master of the Guild of Singers. Walther is not one of these, but Eva promises to marry him whatever happens.

David, the Guild clerk, runs through the many and varied rules of creating a master song and Walther feels up to the task, but when he demonstrates his art in front of the Guild members, Sixtus Beckmesser, a master singer and someone who feels he has a better claim to Eva, marks him down for breaking almost every rule in the book. He is not let into the Guild, despite the cobbler Hans Sachs' objections. 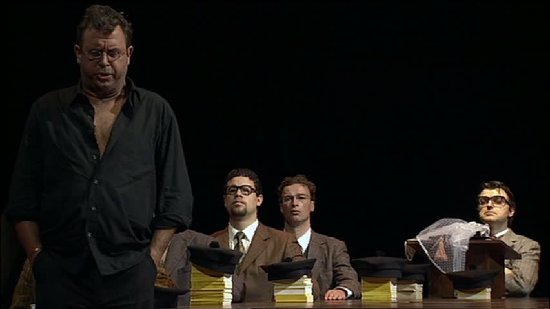 Eva has learnt of Walther's failure to enter the Guild and they meet up, hiding from Beckmesser. Beckmesser himself decides to serenade Eva from the street, so he does so, strumming along with his lute. Hans Sachs decides to interrupt, hammering loudly into some shoes every time he feels Beckmesser has broken one of the Guild rules of singing, and the resultant noise attracts David, who thinks Beckmesser is singing to his own lover, Magdalena. A fight, and then full-blown riot ensues, only to be dispersed when the night watchman turns up.

The following day is St. John's Day, and Sachs' own name day (Hans being short for Johannes). He is thinking about the riot, about art and about Nuremberg. 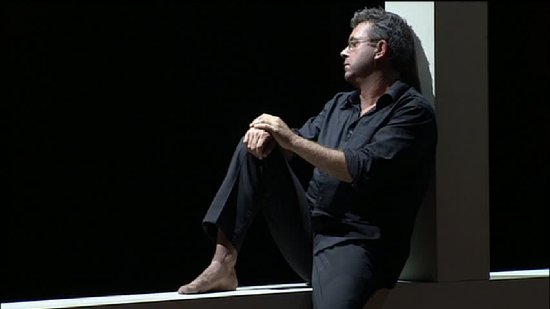 Walther appears, and describes a dream he has just had. Sachs tells him he should turn this into a competition song, and helps to write it down. They leave briefly, only for Beckmesser to find the song, and thinking Sachs wrote it himself and is about to enter the competition, takes it. Sachs discovers this and persuades Beckmesser that it isn't actually his song, and he has no intention of entering the competition himself.

Eva, who is becoming distraught that she may have to marry Beckmesser, tries her best to get Sachs to enter, so that she may at least marry someone she respects should he win, but Sachs will have none of it, and makes David a master himself before they all head off to the competition. 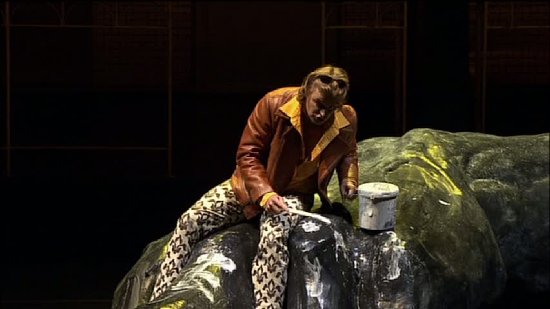 Beckmesser tries to sing Walther's song, but ruins it, having no understanding of the tune or structure. He is laughed off the field and blames Sachs for tricking him. Sachs explains that it was, in fact, Walther's song, and invites the knight to sing it properly. He wins the prize and Eva's hand, but turns the prize down. Sachs informs him that this would do a great disservice and that even though the Holy Roman Empire may dissolve into mist, Holy German Art would remain triumphant. Sachs is hailed a hero of Nuremberg and Germany. 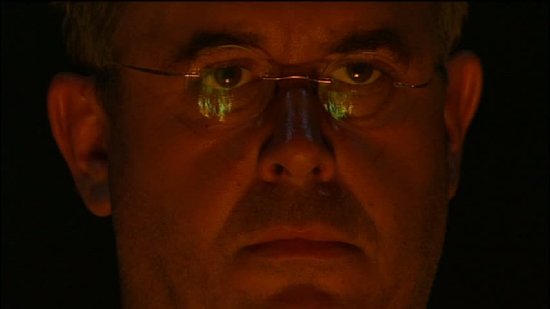 From all accounts, the sound within the theatre for these performances was heavily biased toward the orchestra. I wouldn't have minded this too much myself, as there['s much to admire in the complexities of the music from the pit, but then again I didn't wait several years to get there and so may have actually been a little peeved.

Luckily, the stage microphones pick up the voices rather well, and despite one or two moments when even the chorus is almost drowned (notably the Act II riot) the DVD balance is superb.

With the DVD, we also have the advantage of various different camera angles and close-ups which bring us a lot closer to the action, but more importantly to other things going on which may not have been clear to those in the auditorium. Mind you, having seen them close up, it doesn't always make things clear to the home viewer either. 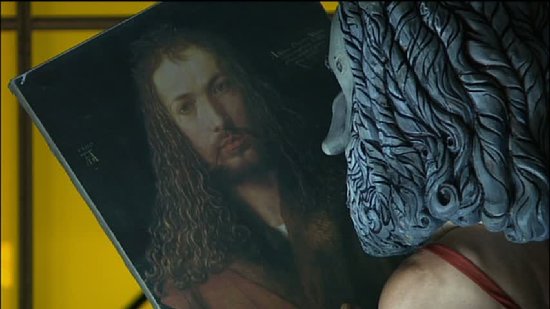 A 'making of' (that appears to have been a rough-and-ready German TV item) which is interesting up to a point, but I would have preferred more input from Ms. Wagner herself, especially if she were to clarify much of the staging. We only learn what is obvious about the characterisations though, and so an opportunity was lost.

Jochen Kienbaum shines more light on the goings on in the essay that comes along with the accompanying booklet. 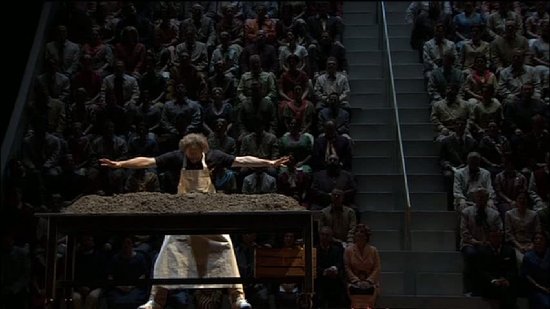 The original 2007 production was roundly booed, and it's easy to tell why, despite the fact that Wagner (the great-granddaughter) had almost forewarned people that the opera was 'tainted' (it was Hitler's favourite opera and enjoyed several revivals in Bayreuth during the war years) and she needed to do something about it.

After watching this a couple of times, and trying to think about what precisely she wanted to do I have to admit that I'm not at all sure as to what I was seeing. 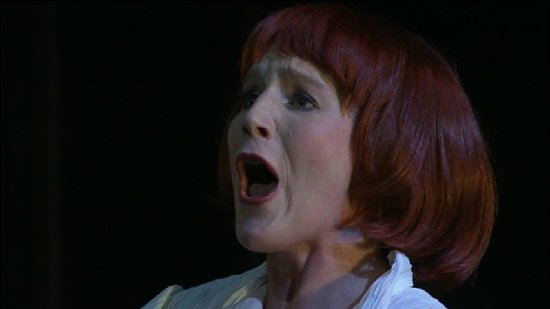 The opening scene appears to be place in an 'old school' arts academy where students, who all resemble the Midwich Cuckoos, are taught didactically what is right and wrong. There are rules to be followed, and anything that strays from those rules is almost treated as being 'degenerate'.

Walther is not so much a knight, as a wandering graffiti artist who has no respect for anything that has gone before, daubing white paint on everything he comes across, including people if they get in his way.

Hans Sachs starts out as a shoeless chain smoker (an in-joke, as he is supposed to the cobbler - ho ho) who treats the other Guild members with a certain amount of disdain, and understands that the only way to preserve the German high-art tradition is by change and experimentation. Walther is the man to change things, however, the two characters are gradually changed themselves to be paragons of virtue and guardians of the old-style they previously fought against. 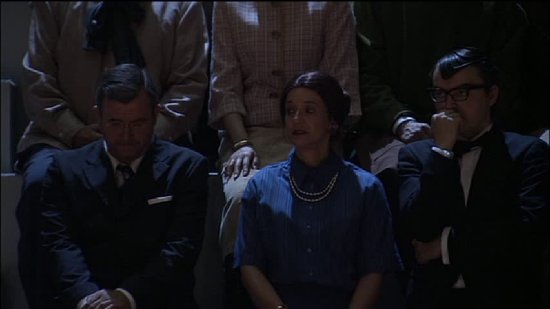 It is Beckmesser who goes the other way, becoming the sort of forward-looking rebel he used to despise, and is treated with contempt by the end. His 'Beck in Town' shirt is also probably the funniest thing about this enforced characterisation of what should be a genuinely comedic role.

If Wagner wanted to get away from the fascistic element, then having Hans Sachs appear to all intents and purposes as Adolf at the end, singing about Holy German Art and flanked by some statues that could have come straight out of the Third Reich was not a good idea and would have raised a few heckles with the audience.

Prior to this, Sachs and the other Guild members are seen warming themselves on a fire created by burning what I think were 'doubles' of the conductor and cast members. Another highly dubious and worrying bit of symbolism. 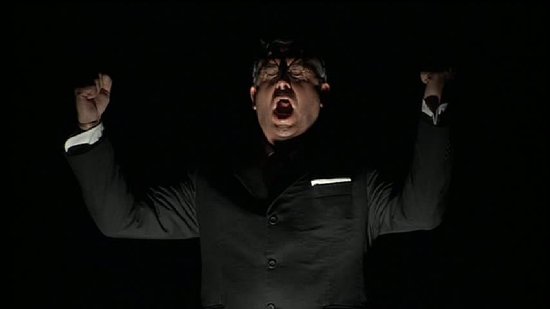 During what should have been the gathering of the crowds for the contest, we see several grotesque parodies of past German artists (Bach, Schiller, Goethe and Wagner himself) dressed in little more than underwear and a couple with huge fake penises attached. They dance around, get drunk and act in a way which wouldn't be out of place in a student party. All very nice and theatrical and have some connection with the opera's theme of the importance of art in society, but I'm no clearer on the reason than when I first saw this.

Perhaps Wagner feels that, as Sachs implies himself, that all arts are related and so it didn't matter that Sachs doesn't seem to make shoes(despite what the libretto states) but now appears to be a frustrated poet or author who hammers away at a typewriter rather than his cobbling equipment. Even the song writing and singing is transposed to painting (making a mockery of the scene where Beckmesser is supposed to steal the words of Walther's song). 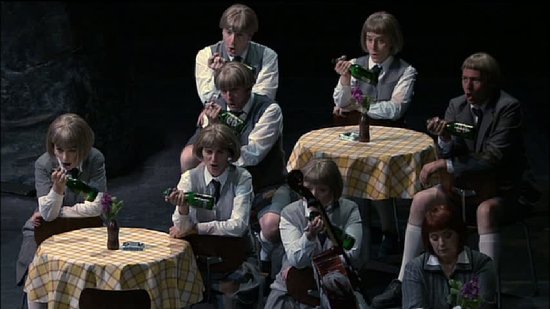 This is a production of too many ideas (and props!) which while generally well-staged, can look messy and amateurish.

Musically, we are on different ground.

Sebastian Weigle doesn't hang around with his interpretation, which is a good thing for this very long work. The orchestra, brought together only for this festival, play as if they have been together for years and the sound is impressive and beautiful, with one of two slip-ups that I'm willing to accept, although as with all things recorded, you know they're going to be there every time you watch this.

On stage, things are even better and considering this was all recorded over one night, it's amazing how much stamina the lead singers have, even towards the end. 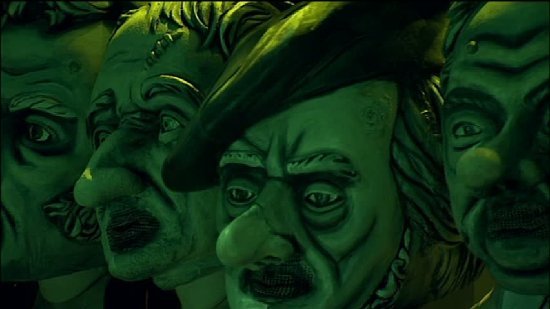 Franz Hawlata is an assured Hans Sachs, and his acting skills enhance a role which sometimes appears sidelined in this production. His voice is deep and mature, and brings warmth to the overall sound when he's involved. There may be a slight dipping of energy towards the end but this is forgivable.

Klaus Florian Vogt's Walther has a very sweet and almost un-Wagnerian quality and is lovely to listen to.

Michael Volle as Beckmesser is superb, both vocally and in his portrayal of what turns out to be the character for which you have most sympathy. Wagner has centred her production on him and he doesn't disappoint, bringing an unusual dignity to the role.

Michaela Kaune as Eva has a rather difficult job doing much with her character, yet sings beautifully in the main, coming unstuck only a couple of times when sudden top notes elude her. 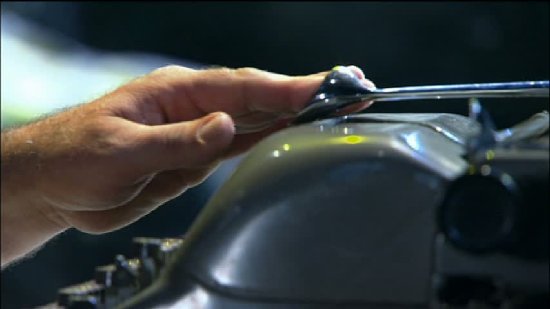 I was also struck by how well Norbert Ernst sang as David, the hard-working clerk. It's a part that contains musical lines generally saved for more substantial roles, but he carries them off very impressively.

So, a very strange yet strangely compelling production, full of action and things to look at (I imagine that without the cameras zooming in, the audience would have found things a bit confusing) and ponder. Perhaps too many things though, but despite my reservations about some of the 'sillyness', I'm sure you could do a lot worse than delve into this offering from the Wagnerian ivory tower that is Bayreuth as the music really does make it worthwhile.