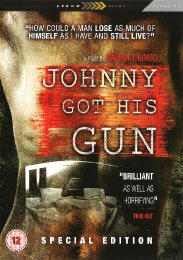 DVD
Johnny Got His Gun (UK)

Article
Johnny Got His Gun: Special Edition arrives in March on DVD

Johnny Got His Gun: Special Edition

Although the book was published over 70 years ago and the film is nearly 40 years old, Johnny Got His Gun feels very topical. The recent, and still ongoing, conflicts in Iraq and Afghanistan have brought home, yet again, the horrors that occur on a battlefield and what a human body can survive. In addition, the revelation that some coma patients can communicate via computer and are 'locked in' whilst the debate over assisted suicide continues to rage makes this story more relative than ever before.

Written by Dalton Trumbo and published before the Second World War, the bestselling novel tells the story of Joe, an idealistic American who joins up to join the fighting in northern Europe. On the eve of the Armistice he is sent out with a group of men to take down the corpse of a German who has begun to rot and make the trench smell even worse. When the burial party comes under attack from the Germans, they flee and the sound of a shell dropping quickens the search for cover. Joe dives into a crater just before the shell lands and wakes up in a hospital. 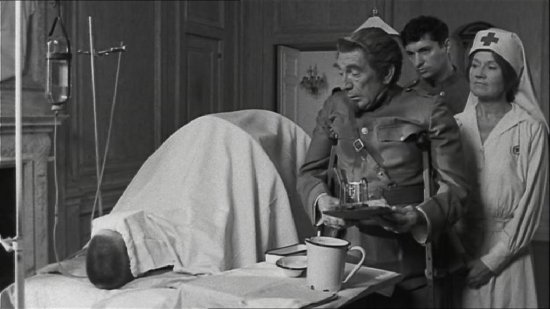 The explosion has taken his arms, legs and most of his face, leaving Joe immobile, deaf, dumb and blind. His only remaining sense is touch. Assumed to be nothing more than a piece of meat that can breath, Joe is kept away from the other patients and most staff, fed through a tube and left to his thoughts.

Unsure whether he is awake or asleep and suffering a horrendous nightmare, Joe thinks back to his childhood and the period before he joined up whilst lapsing into fantasy and talking with Christ and seeing himself as a carnival attraction. One of the nurses cares for Joe as a person, still believing there is someone inside the deformed body, and traces 'Merry Christmas' on his chest with her finger. She also thinks that there is more to the rhythmical tapping of Joe's head on his pillow to muscle spasms and notifies the top brass who realises he is using Morse code to try and communicate. 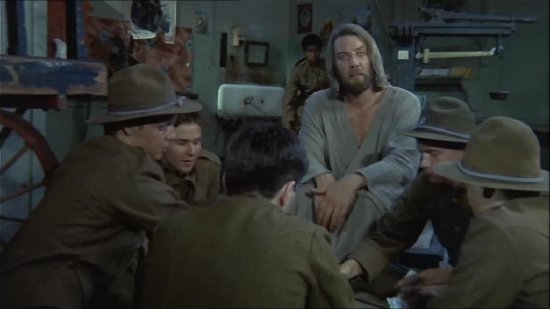 When the General and other high ranking officers decide to see if he is really compos mentis, a Captain taps on Joe's forehead to see what his name is and what he wants. When the reply comes that he wants to be put in a glass case and taken on a carnival around the country to demonstrate the horrors of war, his shocked superiors tell him it's out of the question, at which point Joe asks them to kill him.

I imagine that like most people my age, I first became aware of Johnny got his gun through Metallica's song 'One' from their 'And Justice For All' album and the superb video that features clips from the film. I then read the book but hadn't seen the film in its entirety until this release. I expected the film to be quite dated and polemic, given the age and Trumbo's politics but I was surprised at just how powerful and horrific it is after all these years - the end is truly nightmarish.

As the Special Edition release, I expected extra features and wasn't disappointed. Although there is no commentary, the hour long documentary Dalton Trumbo: Rebel in Hollywood is a fine alternative as it traces Trumbo's upbringing, the novel and film Johnny Got His Gun and Trumbo's appearance in front of  the HUAC hearings and subsequent imprisonment and blacklisting. The piece relies heavily on his son Christopher who acted as producer and 1st AD on the film so can talk at length about the shoot and what happened following Senator McCarthy's interest in his father.

The disc also features the video for 'One' and the trailer. The set includes a booklet with a lengthy and well written essay by Calum Waddell which is an excellent read. 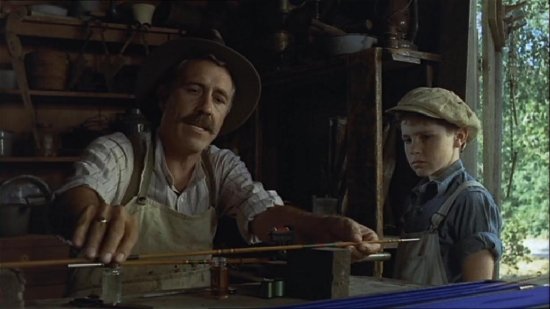 A surprisingly good image though it does show its age and hasn't seemingly undergone a massive restoration process to sharpen the picture and remove grain and scratches. Somehow, though, the slightly questionable quality works as it is set in 1918 and looks dated.

The different textures and colour palettes that represent the real (black and white), memories (colour) and fantasy (garish, oversaturated colour) help you to distinguish where Joe's mind is and work well as an aesthetic device.

The fairly uncomplicated Dolby Digital 2.0 stereo track is clear, but not without a little bit of damage, there is a slight background hiss and the odd crackle. The overall impression is of a soundtrack that is undemanding and does its job well. 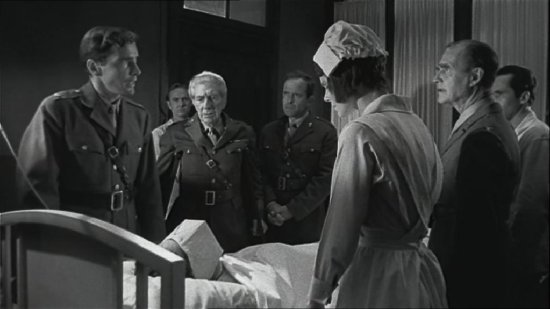 When I read the book, I couldn't imagine how one would film such a novel. It isn't necessary unfilmable but so much of it takes place in the protagonist's mind that I didn't think the film would do the subject matter justice. I was wrong and Dalton Trumbo, despite his lack of experience and making his directorial debut, does a solid job of bringing his book to the screen. It is very well acted and scripted and this DVD is a fine release. If you like the book and didn't buy the previous release then this is one you should really check out.