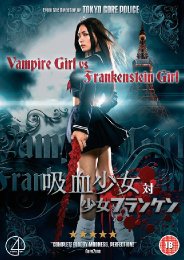 Article
Grotesque banned by the BBFC

He also worked as a make-up and special effect artist on The Machine Girl. Fans refer to him as the 'Tom Savini of Japan'. Naoyuki Tomomatsu directed Stacy: Attack of the Schoolgirl Zombies. In 2009, they made a movie together:-

Vampire Girl vs. Frankenstein Girl is a wonderful illustration of Japanese Grindhouse cinema. It is a schizophrenic mixture of comedy and horror hurled into a huge stewing pot and boiled to perfection. It is a film filled to the brim with stomach churning special effects, extreme nitro-fuelled action, over-the-top slapstick humour, severed limbs and volatile sprays of hosepipe-style blood, cartoonish gore and a bit of the old deranged ultra-violence. It is a circus freak show, an unadulterated splatterfest - an obvious homage to the cinema of Charles Band and the cinema of Lloyd Kaufman. It shares the same frantic lunacy, the same kitschy colourful carnage, the same blood-soaked cinematography of Troma's The Toxic Avenger (1984), Class of Nuke 'Em High (1986) and Surf Nazi's Must Die (1987). 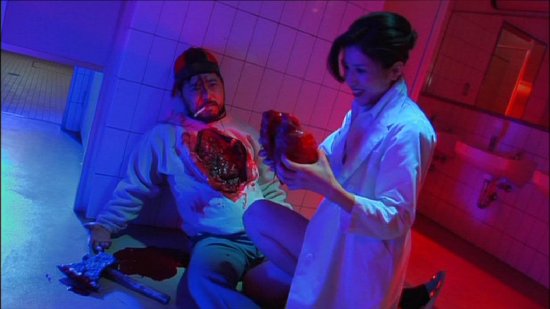 This is not just a simple all out gore-fest with geysers of gooey blood splattering all over the screen. It is also a simple love story - a tender light-hearted romance between Mizushima and Monami. As they kiss, you cannot help but recall childhood innocence and the naivety of love. The twist at the end, when Mizushima realises his true purpose, is the ultimate cherry on the cake. 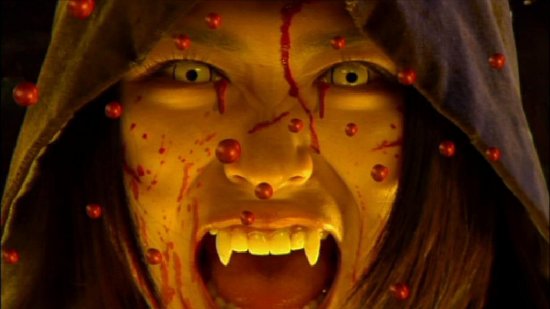 Some people may see the group of Japanese 'Ganguro' girls as a grotesque parody of African American culture but you have to be a self-important twerp to see this as a transparent racialist attack. It's an innocent cartoonish spoof on the female youth movements in contemporary Japan. It is an adolescent attempt at satire, which criticises Japans current lack of identity. The female youth of Japan have an enthusiasm to adopt other cultures. This is the subject under the spotlight - not black people.  Instead of following their own traditionalist way of life, these girls construct a post-modern identity (just look at the gothic Lolita outfits in Japan).There is no nastiness here and it's a shame people see it that way; the Ganguro girls create the mood, the exaggeration of the identity crisis in Japan. Just like the 'Annual High School Wrist Cutting Championships' in which Schoolgirls compete to see who can self-mutilate their arms the most with a knife. This is a pure lampoon of Japanese culture. In a country where you can buy grubby Schoolgirl underwear from a vending machine, you have to ask yourself - do these guys have something in their water supply? 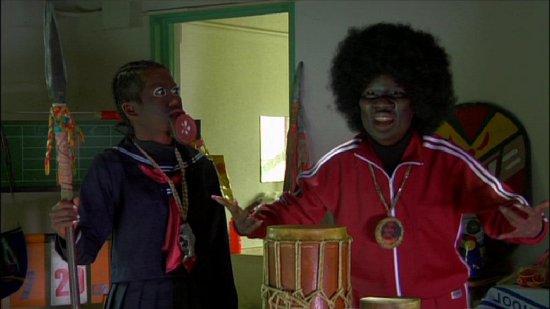 Special Features: There is a making of documentary (65min) and interviews with cast and crew (20min).

Splatter Factor: Yoshihiro Nishimura has worked on some kooky films in Japan, creating the special effects and make-up for such films as Blind Beast vs. Killer Dwarf (2001), Suicide Club (2001), Strange Circus (2005), Tamami: The Baby's Curse (2008), Samurai Princess (2009) and Stop the Bitch Campaign (2009). All of which, if you have the inclination, can be viewed on YouTube. Band and Kaufman would be proud.

Quote of the Day: "If the idea of an undead teenager removing their own legs and attaching them to their head to create a gruesome Inspector Gadget-style propeller makes you laugh rather than hurl then Vampire Girl will be a hugely entertaining watch" (Toby Weidmann - www.screenjabber.com). 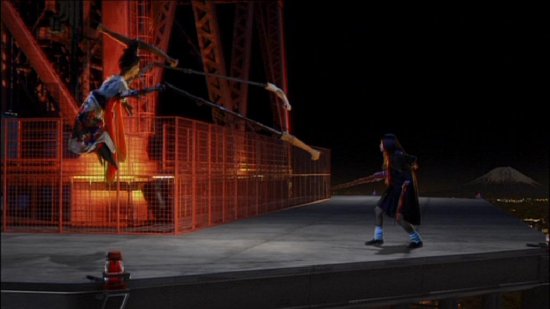 Verdict: Buckets of blood attack your television screen - it flows like a heavy rain. This is why Vampire Girl vs. Frankenstein Girl gets the splatter factor seal of approval. It's one of the most frantic and insane horror films to come out of Japan since Nobuhiko Obayashi's Hausu. It is an ethereal ecstasy trip filled with schizophrenic Evil Dead hilarity. 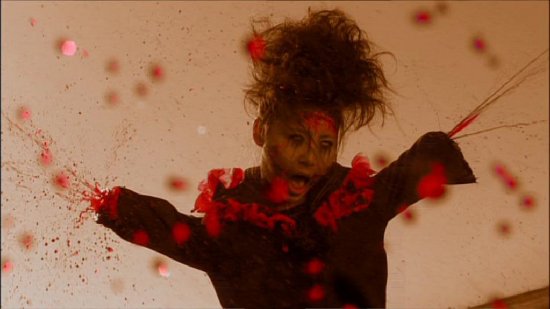 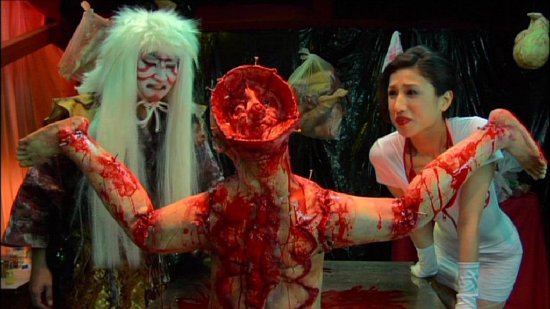