Article
The Story of F*** arrives on DVD this October 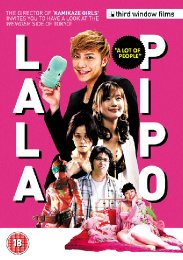 Nakashima's script is based on a collection of short stories by celebrated author Okuda Hideo, the title originating from one character's mispronunciation of an American tourist's observation that Tokyo sure has 'a lot of people'.

As these characters' fates are interwoven, each finds their own vision of hope and humanity in the darkest, unlikeliest - and stickiest - of places.

Special Features:
The making of Lala Pipo (32 minutes)
'What is Sex?' - Interviews with cast on their views on sex (10 minutes)
Trailers