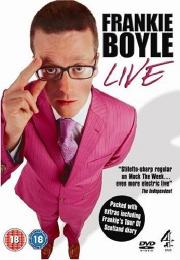 Not mocking the weak...
Review added by
Rich Goodman
Places to Buy

Frankie Boyle came to prominence on the BBC programme Mock The Week, with his sharp wit and seeming lack of knowing where to draw the line. In the 'open mike' section, where four panellists compete for laughs and points by saying the most funny, controversial and outrageous things on random subjects, Boyle is in his element and is generally the funniest. It is this aspect of the show that features most prominently in his live act.

Beginning with a 'meet the audience', as he mercilessly ridicules the occupations, dress and haircuts of those in the first few rows, Boyle then moves on to more topical and familiar territory with gags about disability, race and all sorts of subjects that are so un-PC you feel guilty for laughing.

This DVD was filmed on one of his two nights at London's Hackney Empire during his 2008 tour. 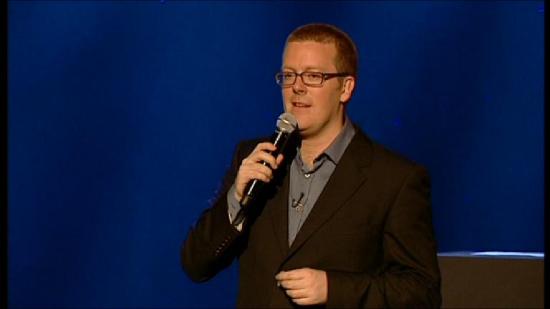 I have only been provided with a DVD-R with no extra features for review, so I don't know how close the picture and sound quality will be to the retail version. However, the picture was very good and the director uses a variety of camera angles from long shots of Boyle on stage to close ups of his victims in the audience. Sound-wise, the Dolby Digital 2.0 Stereo soundtrack is clear and everything is perfectly audible. There are supposed to be some bonus materials, but I can't comment on them as I haven't seen them. 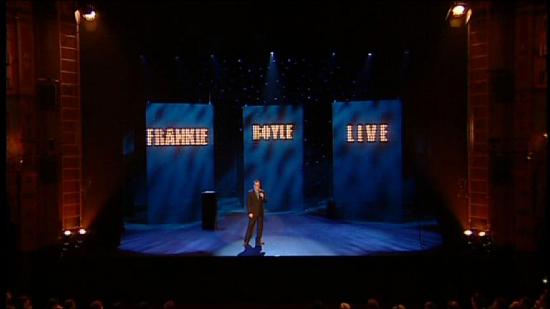 Frankie Boyle clearly has a large and devoted fanbase thanks to his popularity on Mock The Week and this is reflected in the length of his 2008 tour. He is not as polished as Billy Connolly or Eddie Izzard and is a different style of comic, relying more on one-liners and gags than those mentioned. He relies on his wit and says the unsayable and, quite often, the unthinkable to get laughs, some of which work, some are just too bad taste to be funny.

I'm not a keen follower of the stand-up scene, but enjoy the work of such comics as Billy Connolly, Eddie Izzard, Bill Bailey, George Carlin and Bill Hicks and found much to like in Boyle's act. Some of it is too near the knuckle for my liking but both Carlin and Hicks pushed their material to the limit (and sometimes beyond) during their careers.

For those who are unfamiliar with his work, there are plenty of clips on the Internet and watching an episode of Mock The Week will give you an idea of what to expect, though his live act contains far stronger language than you'll find on TV. Fans of Frankie Boyle will know what to expect and probably love this DVD. 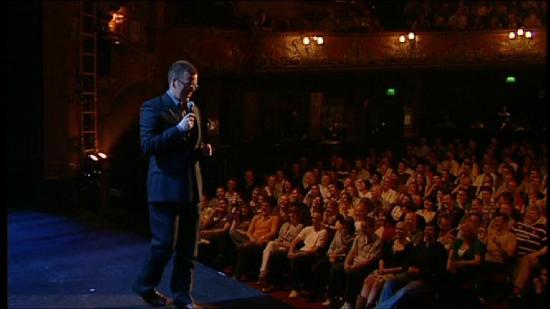