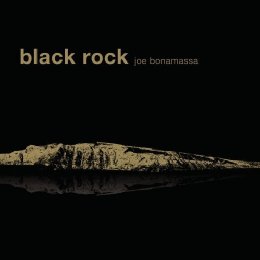 Article
Back-up Photos and Music without a computer with PlexEasy

Article
My favourite albums of 2010

"Guys like Eddie Van Halen had a little influence on me, but not a lot," Joe Bonamassa told me in an interview in November 2009. "I wasn't into the shredding type of thing; I was more into guys like Eric Johnson and Steve Lukather, guys who you would call more traditional style guitar players. Van Halen's tapping I didn't really understand, and it looked kinda difficult, and I could never get my hair that big (laughs). I think, for me, it was just too removed from the blues. For me, Clapton was god - he was the first and foremost, the start, the finish, the beginning, and the end."

Having played with Clapton at the Royal Albert Hall in May 2009, then, Joe Bonamassa had clearly reached a career plateau. But the premiere blues-rock artist on the planet didn't stop to admire his good work, but rather continued to tour the UK, before finishing up in the somewhat-unlikely city of Tel Aviv. Based on reviews, the audience ate up his artistry there, too.

By the time he arrived in the Israel, Bonamassa was 99% done with his forthcoming album, "Black Rock". For a different flavour, Bonamassa recorded the album in Santorini, Greece, a place a little out of Bonamassa's "comfort zone", according to producer Kevin Shirley.

That may have been the case, but what did not change from previous albums was Bonamassa's core line-up, with "Bogie" Bowles on drums, Carmine Rojas on bass, and Rick Melick on keyboards. And while Bonamassa himself described the album as "a little heavier" during the aforementioned interview, Black Rock is the modern fusion of blues and hard rock that has made him a shining light in both genres.

The album opens up with "Steal Your Heart Away", one of the simplest rock riffs Bonamassa has ever performed, but the driving sound of the guitar sets the stall out for the rest of the album. "I Know A Place" has a hint of Joe's own "Bridge To Better Days", with its bluesy guitar solo fantastic over the strutting bassline.

"When The Fire Hits The Sea" is as much boogie as it is blues, setting up the album's finest track - and one of the best things Bonamassa has ever written - "Quarryman's Lament", which uses a beautiful mandolin-type instrument to beautiful stereo effect. Please excuse me for once again concentrating on the song's guitar solo - I've always been more Jimmy Page than BB King, two influences of the guitarist - but with this one the 32-year-old out-does himself, with the recording sounding like he's playing in the breeze on a balmy summer evening.

"Spanish Boots" is the first really big rock riff of the album, accentuated by the constant beat from drummer Bowles, while "Bird On A Wire" is a very interesting Leonard Cohen cover, and may be the most up-front vocal performance we've hard from the New York native.

"Three Times A Fool" is classic modern blues, completely relevant in 2010, despite its roots. Another cover, "Night Life", has the big band type of sound, and is very different to the David Lee Roth cover version of the same track. "Wandering Earth" feels like it has a heavy Cream influence, with a tone straight from old-school Eric Clapton. "Look Over Yonders Wall" is an up-tempo track which features more than one stunning guitar break.

"Athens To Athens" has a drum beat and acoustic guitar sound that is a little reminiscent of Led Zeppelin III's "Bron-Y-Aur-Stomp", while "Blue and Evil" features a guitar riff that just begs to be cranked to 11. The chords are once again in vogue with Led Zeppelin, this time the famous "Kashmir" track, and the solo captures so much of what made the Bonamassa live album "Live From Nowhere In Particular" so memorable.

Finally, "Baby You Gotta Change Your Mind" finishes the album on a high note, even if there's a lot of musical humour within it. Van Halen's "Ice Cream Man" cover is a worthy comparison, and whereas that track has very much an electric solo, here every note of a sumptuous acoustic solo can be heard loud and clear. This one is guaranteed to put the smile on your face, even as the album closes.

Overall, the material on "Black Rock" is a step up from the previous album "The Ballad of John Henry", and also has more of a rock emphasis. Therefore, anyone interested in modern guitar playing should pick it up, and enjoy.