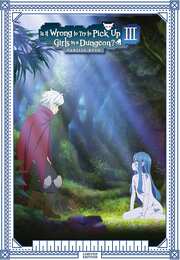 Is It Wrong To Try To Pick Up Girls In A Dungeon?! - Season 3 Collector's Edition (Blu-ray Details) 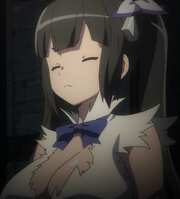 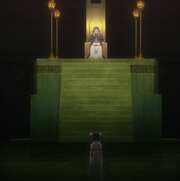 Blu-ray
Is It Wrong To Try To Pick Up Girls In A Dungeon? Complete Season 1 - Collector's Edition

Review for Is It Wrong To Try To Pick Up Girls In A Dungeon?! - Season 3 Collector's Edition

The boob ribbon is back! There should be an Oscar for animated costume design. What this anime’s creators have accomplished with just one strategically placed strip of cloth is nigh on revolutionary. I remember those Wonderbra adverts back in the nineties causing traffic chaos at road junctions the world over. When the first season of Danmachi arrived, it had much the same effect, especially when it came to cosplay at anime conventions. It seemed like a gimmick to me, but it turned out that Danmachi had some legs, begetting a sequel series, a spin-off series, and a feature film. It seems that story possibilities are limitless when the gods walk amongst mortals in a D&D setting. Now the third season of Is It Wrong to Try to Pick Up Girls in a Dungeon? is upon us, and it looks like the story is set to get even better. 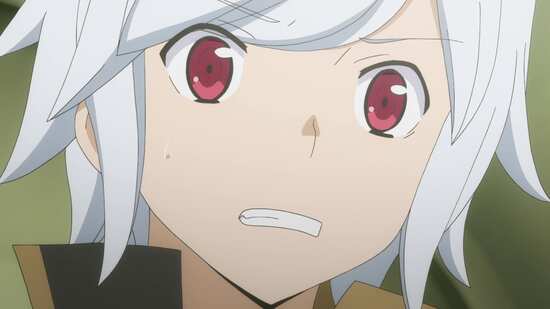 I suppose it could get pretty stolid being a god, lounging about atop Mount Olympus, sipping ambrosia, reminiscing about the good old days when there was more smiting. It could also get pretty boring just looking down on the world instead of interacting with it. Apparently long ago, the gods sealed their powers, and descended to the mortal realm seeking excitement. All that was left was the ability to bless adventurers enabling them to fight monsters. Those blessed would become part of a god’s Familia. Although some gods would have more worshippers than others, have more status in the world. The goddess Hestia has just one adventurer in her Familia, the unlikely Bell Cranel, who is a whole novice at this dungeoneering thing. It’s getting so bad that Hestia has to take a part time job. But Bell Cranel has an unexpected talent... 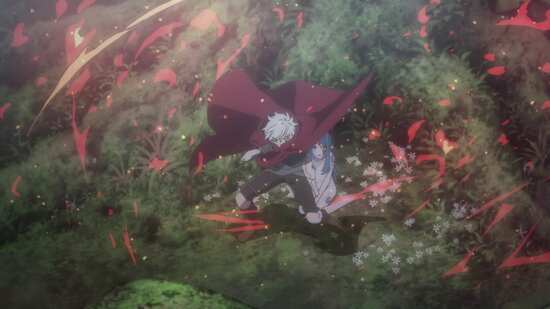 That’s the way that it’s always been; adventurers worshipping their Familia gods, and venturing into dungeons to fight and kill monsters. Then one day, Bell Cranel rescues a girl from the dungeon. She’s cute as a button, but terrified, reluctant to talk, and she grabs onto her unexpected saviour. ...For Bell has just saved Wiene from his fellow adventurers, as Wiene is actually a monster. Nothing will be the same again... 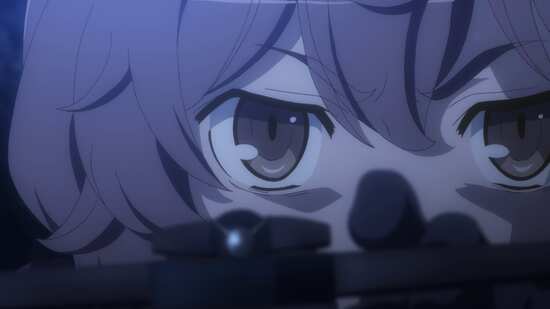 13 episodes are presented across 2 Blu-rays in this Collector’s Edition release from MVM. You also get the show on DVD as well. 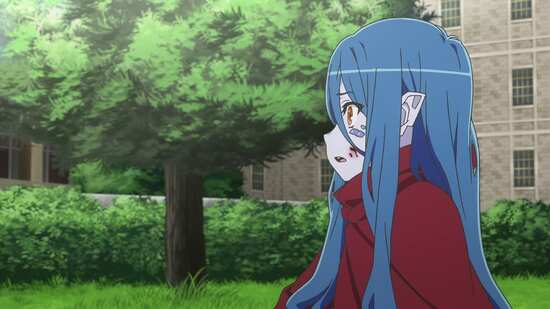 Is It Wrong to Try to Pick Up Girls in a Dungeon? gets a 1.78:1 widescreen 1080p transfer on these discs. We have a solid transfer of an anime series here, clear and sharp throughout with strong consistent colours. The image also comes across without aliasing, with smooth and fluid animation. Once again darker scenes suffer from digital banding. Hestia’s boob ribbon is the gateway into this show, and that little element of costume design is carried off well, but the show has generally agreeable character designs, and a solid, fantasy inspired world design. The animation is of good quality for the most part, but it really does perk up for the action sequences, touching theatrical quality at its best. 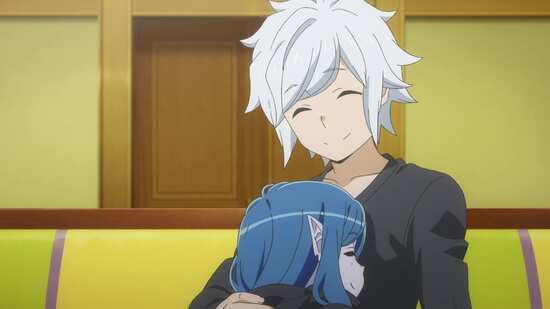 The show offers the usual DTS-HD MA 2.0 Stereo English and Japanese, with English subtitles and signs locked to the appropriate track. I have to admit that I didn’t even try the dub this time around, sticking to the original Japanese audio. The characters are cast well for their archetypes, and the actors deliver enthusiastic and lively performances. The action comes across well, as does the music, with the stereo offering much in the way of dynamic sound design. This time I paid attention to the music a lot more, and was really impressed with a music score that wouldn’t be out of place in a feature film. The orchestration and emotional impact of the music can’t be understated in this show. The subtitles are timed accurately but this time there are a couple of typographical errors. 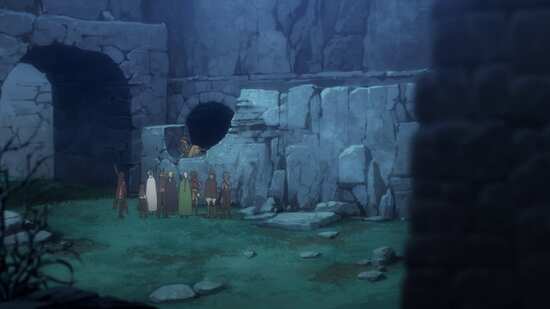 The discs present their content with static menus. Each episode is followed by a translated English credit scroll.

The extras are on disc 2 and comprise the following. 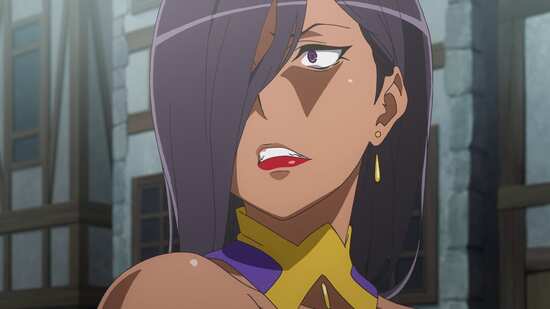 Textless Opening
Textless Closing x2
“Sajou no Hana” Music Video (2:08)
Web Previews x11 (12:25)
Japanese Promos (6:14)
Trailers for Is It Wrong To Try to Pick Up Girls in A Dungeon – Arrow of Orion, Food Wars! The Fourth Plate, Alice in Borderland, and KAKEGURUI.

I haven’t seen the physical extras or the packaging of this Collector’s Edition release to comment. 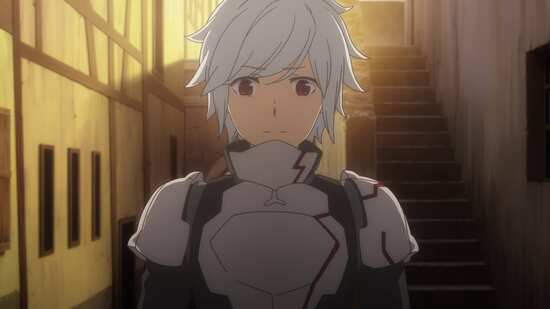 Is It Wrong to try to Pick Up Girls in a Dungeon? just keeps getting better and better. I was hooked on this third season of Danmachi right from the off, coupling its wacky characters and sharp comedy with the franchise’s strongest writing yet. One thing that Danmachi has been great with is the drama. It’s spot on in how it established its worldview, and then kept on switching things up, forcing the characters to confront their own prejudices and beliefs. The first season was all about the unlikeliest of adventurers, Bell Cranel, making a name for himself with the smallest of gods, Hestia. Season 2 lifted the veil on the gods, and how they toy with their mortal playthings. But this third season goes for one of the fundamental tenets of this world and turns it on its head, to see how the characters react. 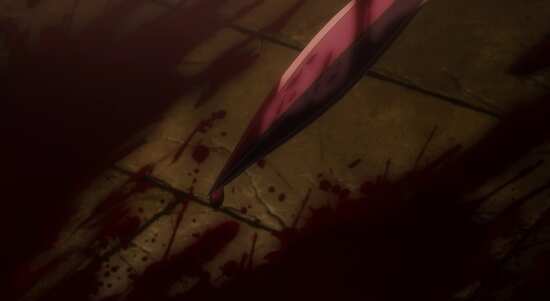 Danmachi’s world runs like an RPG. Gods gather adventurers around them, who journey into the subterranean dungeon beneath Babel Tower, where they fight monsters to protect the people, gaining accolades and rising in power. The monsters are just mindless beasts, killing them proffers status to the adventurer, before they respawn elsewhere in the dungeon. Only Season 3 introduces us to monsters that aren’t mindless. These so-called Xenos are intelligent, can communicate, and are subject to the same fears and hopes as anyone else. 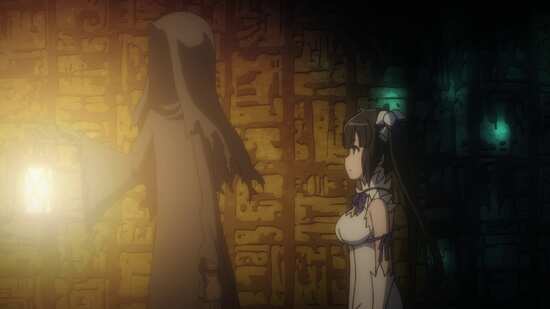 When Bell Cranel rescues a cute, defenceless girl from a group of adventurers, his worldview is shaken when he learns the girl that they dub Wiene, is actually a monster, a dragon girl also known as a vuivre. Wiene is terrified of humans, can barely communicate, and trusts no one except the one who rescued her. But Bell takes her back to the Hestia Familia, and slowly he and his friends get Wiene to open up and trust them, as well as teaching her how to speak, and about the world. Naturally she becomes one of the family. Which is all well and good, but reality is never far away. 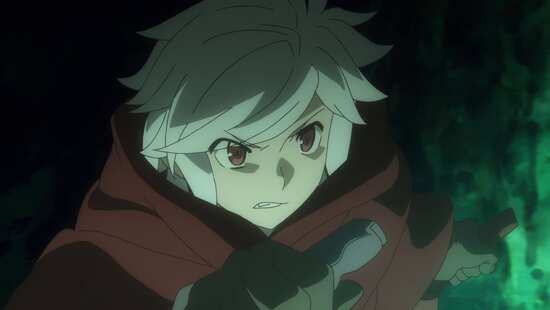 Bell’s views on monsters may be starting to change, but while he has managed to gain some acclaim as the Little Rookie, this is one argument he is destined to lose. People do not like or trust monsters, certainly don’t want them outside the dungeon, and see them only as a nuisance to be killed. Wiene’s presence in the outside world isn’t tolerated for long. Returning her to her fellow Xenos, a community of intelligent monsters hiding away in the dungeon might seem like a good idea, but there’s no guarantee of safety there when there is a rogue Familia of the god Ikelos in the dungeon, hunting and prospering from a black market in monsters, and see a major opportunity in the existence of the Xenos. Add to that the typical games that the gods play, with Uranus in particular trying to capitalise on a chance to change the dynamic between monsters and humans, a good idea on the face of it, but in practice he’s still playing with mortal lives like pawns on a chessboard. 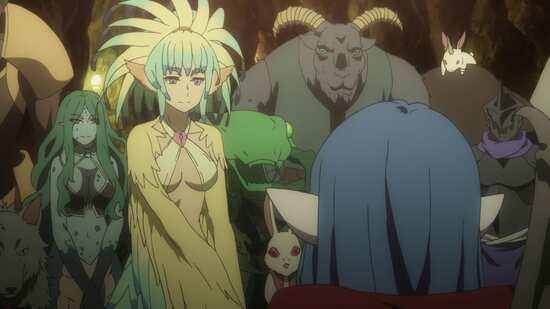 As the story unfolds, it becomes less about Bell changing people’s hearts and minds, and more about him accepting the possibility of becoming an outcast for his new beliefs, and it even brings the Hestia Familia in to friction with Loki’s Familia, the adventurers who in particular make their names from killing monsters. There comes a point where Bell has to fight his mentor Ais Wallenstein, the warrior girl who taught him how to fight in the first place. Bell has his adoring harem of girls, but if there’s one that you might want him to end up with, it’s Ais, which makes the fight between them all the more poignant. 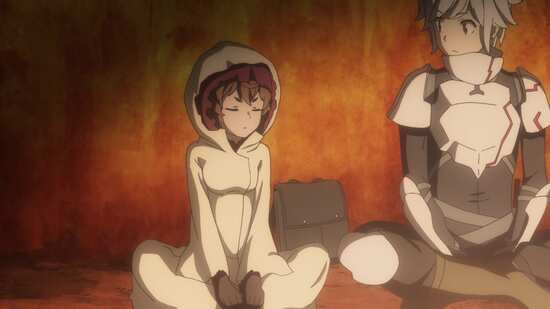 I’ve really enjoyed the Danmachi franchise to this point, but Season 3 is the first to really hit me in the feels. It even has a tragedy to triumph moment that in any lesser show would feel like a contrived manipulation, but here has enough in the way of foreshadowing to make sense. On more than one occasion I was moved to protest that “I had something in my eye, that’s all”, which is something that I had yet to experience with this franchise. 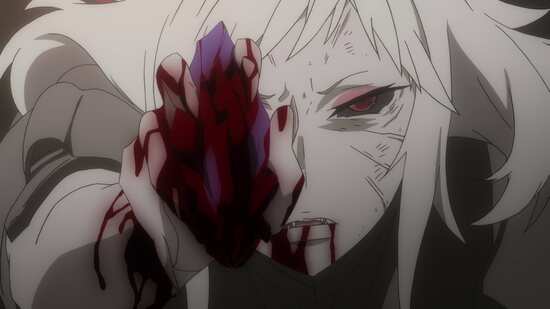 Season III is Danmachi at its finest. It’s as if everything that has come before has been building up to this storyline. The creators understand how to craft good drama, and mix it up with some of the series’ funniest moments. I can’t believe how much I laughed at the scene where Ais was confronted with Bell’s harem. The only, slight negative might be the placement of the typically disposable, fan-service heavy OVA episode after the season’s emotionally cathartic climax. It kind of lowers the tone. It doesn’t make a material difference, but I would have preferred it tucked away in the extras menu. But still, this show is well worth getting, and is excuse enough to go back and start from the beginning if you’ve been avoiding Danmachi thus far. The Blu-rays too present the show as you would hope.