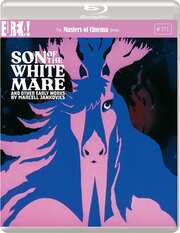 Review for Son of the White Mare [Fehérlófia]

The days of the reviewer lucky dip are long since past; back when we used to get random discs from head office to review, compelling us to keep open minds and learn to appreciate the fact that there is a world of entertainment and storytelling out there. These days I tend to stick to what I know, the kind of things I should like, which is good if you want to specialise, and better for companies who know what kind of reviews to expect when they send out check discs. But once in a while I want to step out of my comfort zone, try something new, just throw a random dart at a map of the world, and discover something fresh. So when Eureka Entertainment solicited Son of the White Mare, a collection of Cold War, Hungarian animations from creator Marcell Jankovics, I stepped up to the oche and let fly. 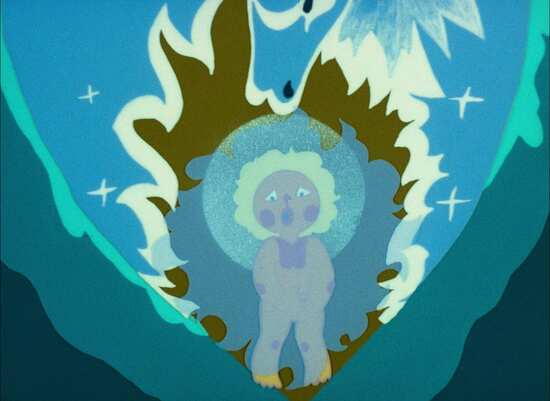 Son of the White Mare (1981) was given a 4k restoration in 2019, upon which this UK release is based, and it’s joined on this disc by Jankovics’ debut feature, and Hungary’s first feature animation, Johnny Corncob a.k.a. János Vitéz (1973) and three of his short films too. 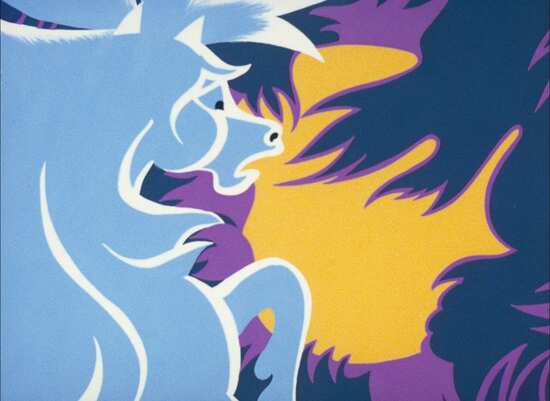 A white mare flees into a forest, where she gives birth to a human child. She’s warned that the process of nurturing this child, her third will prove fatal, but she raises the boy, Treeshaker anyway, on tales of dragons and stolen princesses. After she dies, Treeshaker sets out to find his brothers Stonecrumbler and Irontemperer to seek out and defeat the dragons, to rescue the princesses. But they haven’t counted on a wily goblin. 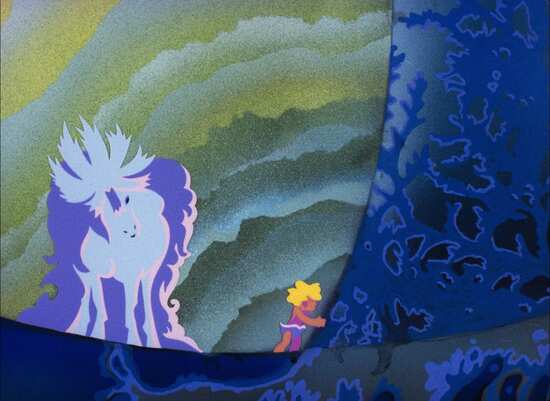 Son of the White Mare gets a 1.37:1 pillarboxed 1080p transfer with a DTS-HD MA 1.0 Mono Hungarian track with optional English subtitles. As mentioned, this comes from a 4k restoration of the film, although given that I am watching it for the first time, I have no reference to compare it with. The image is clear and sharp though, properly filmic and with no signs of age or print damage. The colours are rich and consistent, making the most of the vibrant and evocative animation, simple in colour palette and character design, but imaginative in motion and composition. The audio is clear throughout, the dissonance of the music matching the psychedelic visuals, while the dialogue is clear, the subtitles accurately timed. 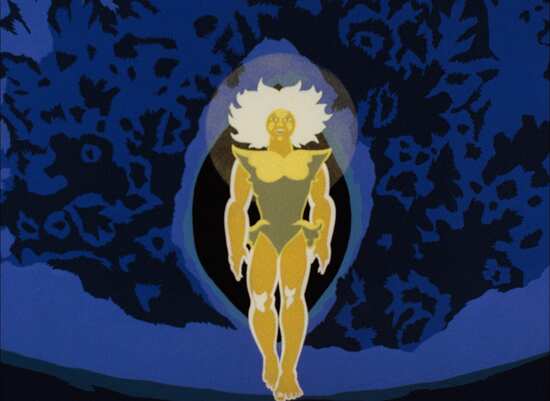 The disc boots to a static menu. There are four more films from Marcell Jankovics on the disc, as well as some extra features.

Janos is a shepherd who pursues an easy life, as well as a washerwoman’s stepdaughter named Iluska. It’s true love, but love that is torn asunder when Janos’ lackadaisical negligence leads to him losing the flock that he’s tending, igniting the farmer’s wrath. 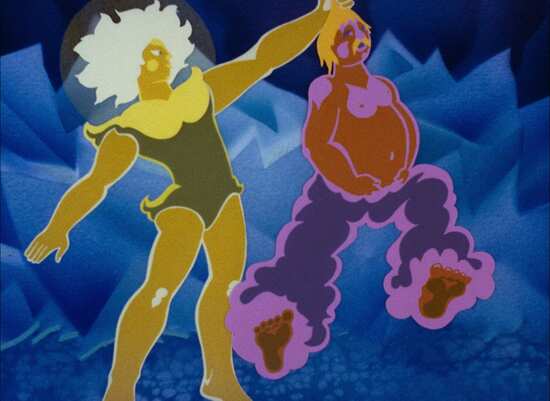 A visual realisation of the Greek myth.

A sculptor is changed by the masterpiece that he sculpts. 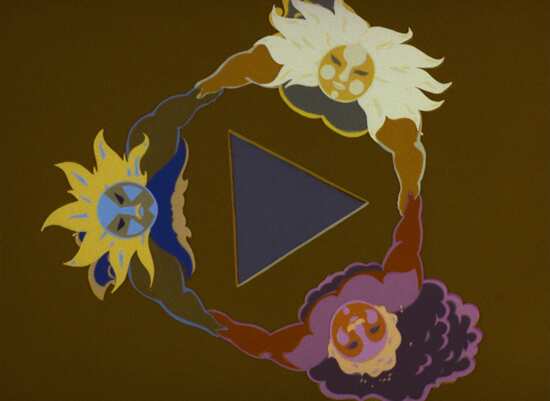 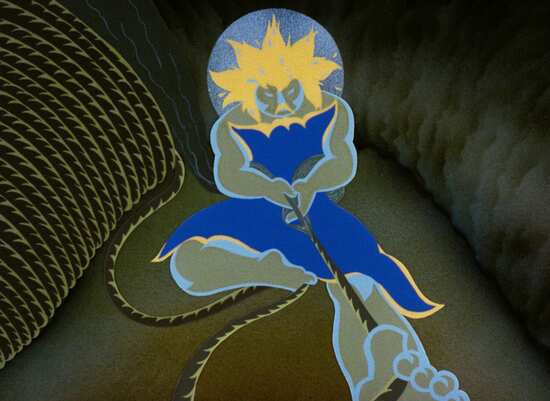 There is a risk with diving into the deep end with a new genre or medium. Sometimes someone throws in a life-belt, and sometimes you have lead weights in your shoes, and there are sharks circling. The latter was definitely the case with my introduction to Son of the White Mare. Or “Darmok and Jalad at Tanagra”. The quote from that particular Star Trek episode is appropriate as it’s all about context. The Son of the White Mare movie is based on Hungarian folk tales. Now I could tell you a story about Robin Hood and it would work as the context of the story, about King John and King Richard, about the Crusades and the Norman Conquest, and Magna Carta is all part of the British cultural DNA. You don’t need the footnotes. As I was introduced to this world of the White Mare, and the brothers Treeshaker, Stonecrumbler, and Irontemperer, I had no idea of the cultural context behind the story, the first act of the film felt confused and muddled, and I desperately wanted footnotes. 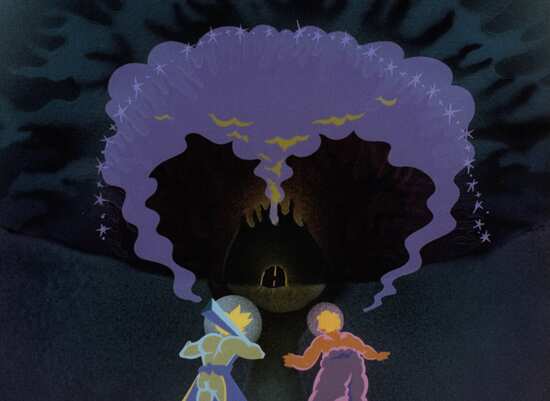 Folktales are simplistic and archetypal to begin with, and without the context, taking the story at face value, it felt contrived and aimed at infants, despite the rather suggestive adult imagery in the film. From my uninformed perspective, it seems like the characters of Stonecrumbler and Irontemperer are only there to make Treeshaker look good, a hero so perfect that he alone can see the flaws in himself and correct them. 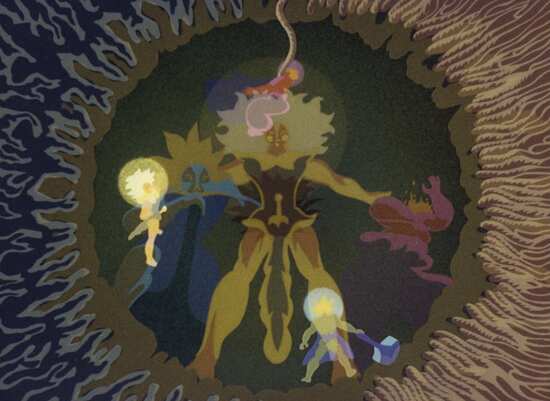 While I couldn’t get on board with the story, I could at least appreciate the animation, and the expressiveness and imagination of the filmmakers, taking simple concepts and characters and weaving them into something far beyond the sum of their parts. It’s a visual adventure that goes beyond merely provoking thought, and starts bending the mind. By the time the film heads to its conclusion, with the hero facing off against the dragons, I found I was looking at what today would be called pixel art, but which in 1981 was still years ahead of its time. The press release with this film is indeed quite right in saying Son of the White Mare needs to be seen. Although whether it will be appreciated is another matter. 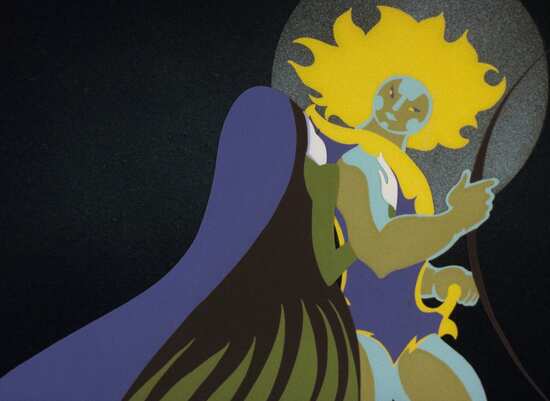 As it was, neither of the features on this disc really spoke to me. I don’t think that I appreciated the combination of simplistic folk tales with esoteric visuals in the way that was intended, and both films left me cold. But the effective, silent storytelling of The Struggle was transcendental, while I was glued to the Dreams of Wings promotional film. I’m sure that this Son of the White Mare release will find a home in many collections, but for me the selling point is in its historical significance, and the technical merits of the animations. You might accuse me of cynicism if I say that this is a release to collect more than it is to watch, but a small but significant fraction of my own film library is of that nature.