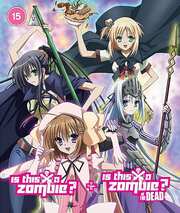 Blu-ray
A Certain Magical Index: The Movie The Miracle of Endymion

Warning: If you are double-dipping from DVD to Blu-ray then you will want to hold onto those DVDs. This Blu-ray release is missing the bonus episode 13 from Season 1, Yes, This is a 1% Miracle. 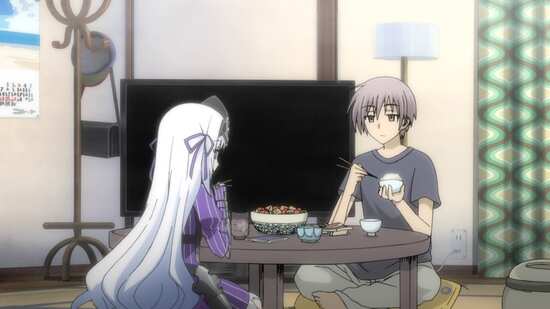 Anime double dips are so easy to recommend in the UK. It’s the rare title that turns out to be a letdown, and those are from a brief period of anime production, SD digi-paint shows that receive dismal Q-Tec upscales, that wind up worse than the DVDs. There aren’t too many of them out there, although unfortunately there are a fair few classic titles that are afflicted. But generally, you’re either getting clear and smooth version of shows that originally got NTSC-PAL smeary standards conversions, or corrected frame rate versions of shows that got PAL speed-up and audio pitch correction on DVDs. Is This a Zombie? and its sequel are two of the latter type. The two seasons are described as follows. 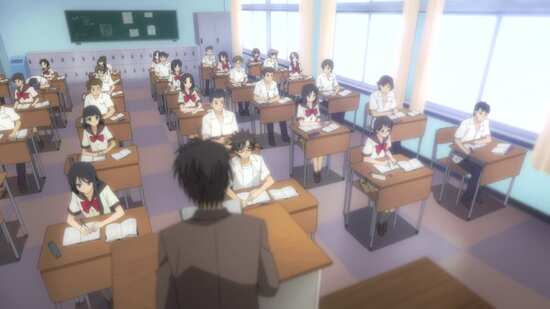 Ayumu Aikawa is dead. Oddly enough, this didn’t turn out to be quite the impediment that he thought it would. He has to stay out of the sun to avoid shrivelling up, but he has fantastic strength, and unprecedented healing abilities. So, he’s a zombie, but that doesn’t mean he has to stop going to school. He’s even got a houseguest, a cute, armour clad, tight-lipped girl named Eucliwood Hellscythe, Eu for short. She’s the necromancer that brought him back from the dead, and who he now has to serve. When a magical girl named Haruna shows up, and cuts him in half with a chainsaw, it isn’t a permanent disfigurement, although in the process he does drain her of her magic. He may never live down the fact that now he’s a magical girl, complete with transformation sequence and cute dress. Haruna moves in as well, until she can get her magic back. But then the vampire ninja Seraphim appears. She needs Eu’s help, but Eu can’t be bothered, so she decides to move in to persuade her otherwise. She thinks Ayumu is a disgusting filthy maggot, and takes time out her day to remind him of the fact. That tends to take the shine of an otherwise splendid day being dead. But the one advantage of being a zombie for Ayumu Aikawa is that he can hunt down the serial killer that is preying on his town, the serial killer that murdered him. 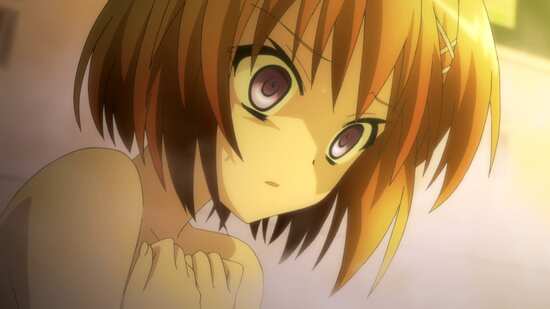 12 episodes of Is This a Zombie? are presented across two discs by MVM. 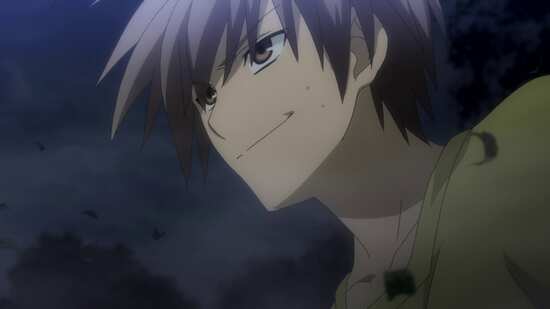 Ayumu Aikawa is still dead. In the first series, Ayumu may have dealt with the one responsible for his death, and Eu may have reconciled some of the guilty feelings that come with raising the dead, but the trials aren’t over for this supernatural harem. 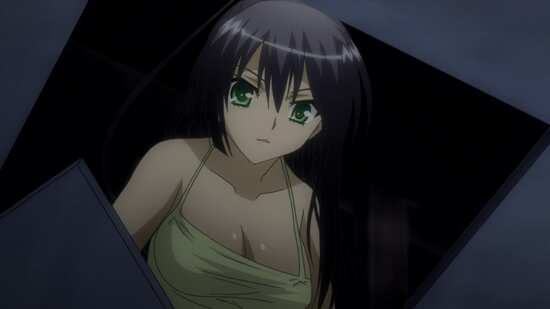 12 episodes of Is This a Zombie? Of The Dead are presented across two discs by MVM. 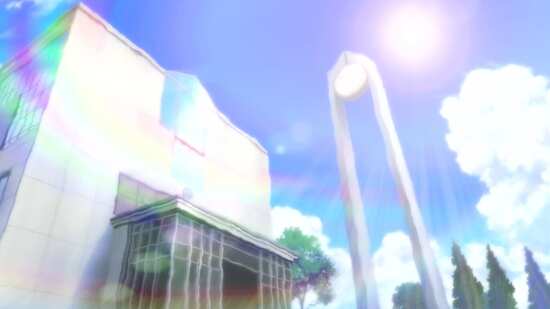 Is This A Zombie? Of The Dead and its sequel get a 1.78:1 widescreen 1080p transfer. The image is clear and sharp throughout, colours are strong, and the animation comes across smoothly, without judder, ghosting, or significant compression artefacts. This Kadokawa production really has some visual pizzazz to it, almost coming across as a toned down SHAFT production. It doesn’t get carried away with it, but it does offer a little more in terms of visual inventiveness and energy than the average harem comedy. Taking the spookiness of its premise, it really delivers in terms of design and atmosphere, and the show is certainly a joy to watch, with appealing and memorable character designs, and a moody world design. And given the era of the show’s production, the high definition upgrade is well worth it, with richer colours and added detail. It’s well worth the double dip in this regard. 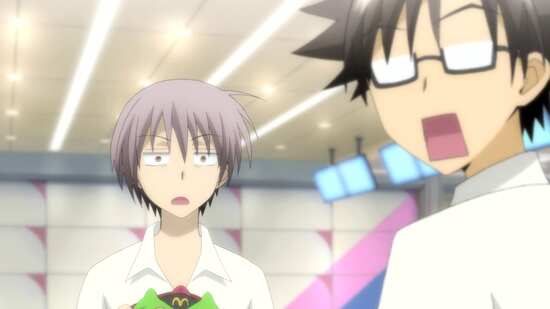 With the show being a harem comedy, it does get a little saucy and ribald on occasion, saucy to the point that censorship is applied. There are usually two kinds of censorship in anime, the kind that is for broadcast purposes where fans are able to get the uncensored versions later on home release DVD and Blu-ray. This is usually in the form of half-screen obscuring bathroom steam or sunbeams. The other kind is censorship for comedy purposes, deliberately applied by the creator as part of the storytelling technique, and this follows through in broadcast and retail release. This kind of censorship is more selective, and creatively applied. The censorship here looks to be of the latter persuasion. 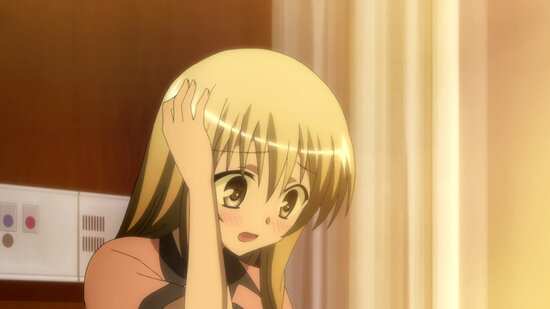 You have the choice between Dolby True HD 5.1 Surround English, and 2.0 Stereo Japanese, with translated subtitles and a signs only track, locked during playback. While I watched, and was very happy with the Japanese audio track, I gave the dub a spin and was pleasantly surprised to only recognise a few of the voices. The trouble with anime dubbing into English is that the talent base is so limited, with companies tending to use the same voices again and again, as they are actors that know the process. That tends to create a greater degree of familiarity in English dubs in comparison to their Japanese counterparts. With Is This a Zombie? and Of The Dead it seems that Funimation have a new wave of voice actors coming through the ranks, and I didn’t recognise the names of most of the main cast members. Add to that a witty and off the wall script, with a whole lot of localisation when it comes to the comedy, and this turns out to be a show worth watching in both languages. The subtitles are free of error and are accurately timed. 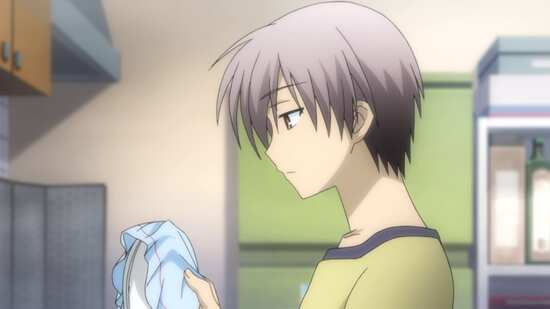 An interesting tidbit is that Eu doesn’t speak in the show, but she does in Ayumu’s imagination and in each episode, that imaginary Eu is voiced by a different guest voice actress. That’s how it is in the Japanese audio, and that experience is repeated for the English dub. 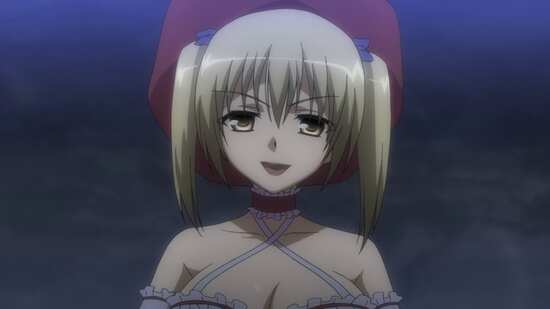 The discs get animated menus.

Disc 2 has the textless credits and the US Trailer. 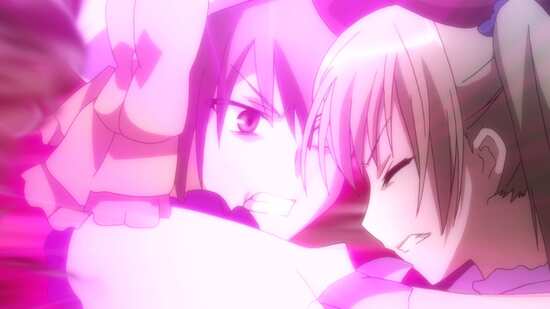 You’ll also find a video commentary with a little episode 1 playing picture-in-picture style at the bottom right hand of the screen, while you can feast your eyes on Austin Tindle, Jad Saxton, Cherami Leigh (Eu), and Morgan Garrett.

You’ll also find the English trailer and the textless credits. 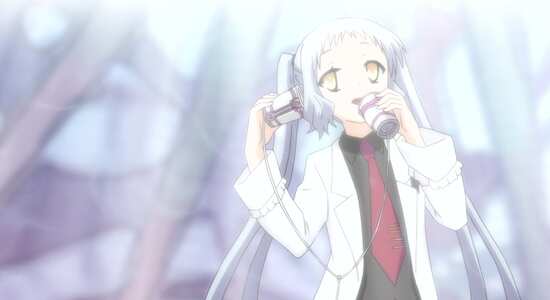 This is my third time watching the Is This a Zombie series, and I had begun to think that the shine had worn off, that the show had outstayed its welcome in my affections. But then I read the reviews that I wrote for Is This a Zombie? and Is This a Zombie? Of the Dead on DVD, and I see that I had noticed flaws the first time around, flaws that were even more apparent now that I was re-watching the show on Blu-ray, and the ‘lower’ mark I was thinking of giving the release was the same mark I gave the DVDs. You can click on those reviews to see what I thought all those years ago when I saw the show fresh, and I’ll merely use this opportunity to describe my thoughts given that familiarity has had its chance to breed contempt. 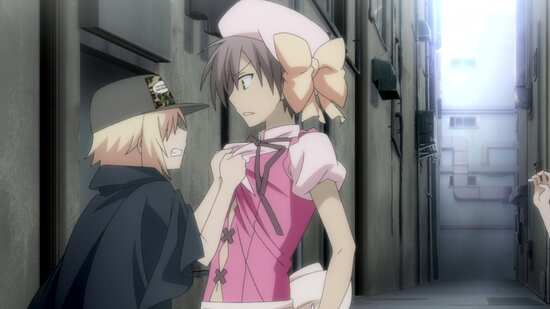 You might think that it’s a show made by committee, given the way that it throws everything at the screen in the hope that something will stick, except of course it’s based on a light novel that has just one creator. But when you look at the ingredients, zombies, vampire ninjas, magical garment girls, necromancers, and all manner of various story elements to keep our protagonists on their toes, and audiences entertained week on week, you can get to thinking that they really do come up with these plot lines with word association, pulling words and phrases out of a hat and conjuring whatever tale they can from random ingredients. 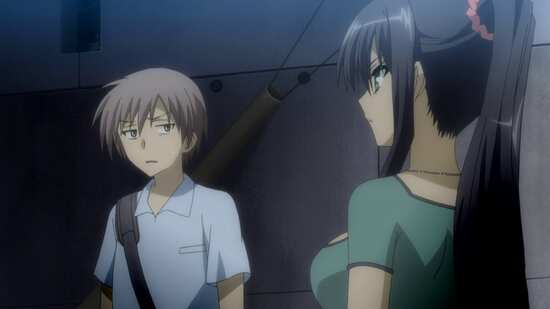 It does get tedious after a while, although it’s never nearly as annoying as Horizon on the Middle of Nowhere got. But the fact of the matter was that my eyelids were drooping by the end of Is This a Zombie? and to change things up for the sequel, I watched the whole thing in English, which is something I rarely do given the choice. It still wasn’t enough to hold my attention all the way through. 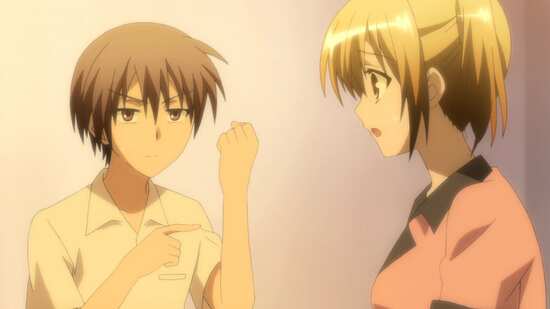 What really does for the two Is This a Zombie series is that I don’t care about any of the characters. All the show really has to do is get me invested in Ayumu’s plight, at least let me care about Eucliwood’s situation, and I’m in the show for the long haul. It would have my attention, and many, technically lesser anime, shows with weaker narratives have managed to worm their way into my heart that way. Is This a Zombie instead puts maximum effort into being cute, being smart, and being witty, and that is a problem for its longevity. 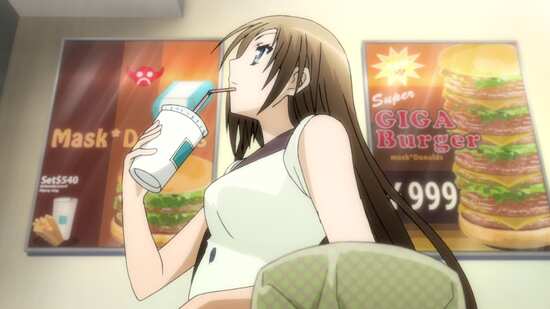 I definitely enjoyed the show more the first time around. I liked the quirkiness of its characters, I liked the insane melange of its worldview, and I liked the ribald humour. If you are buying this for the first time, then I suggest you read the reviews that I wrote for the DVDs, as they are opinions that reflect a first time watch. But all of that isn’t enough when it comes to re-watching the show. The Blu-ray certainly offers more in the way of AV quality than before, although, while I’ve come to expect companies losing licenses to extra features for re-releases, the fact that there is a whole episode missing from this release ought to be another reason to mark the Blu-ray down. It is a nothing episode though, perhaps the weakest of them all. I have just enough lingering affection for Is This a Zombie and its sequel to not want to mark it down, but I’ll want to be in a better frame of mind, more open to its anarchic nonsense the next time I watch it.