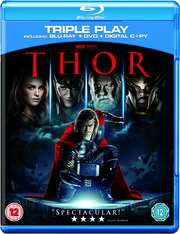 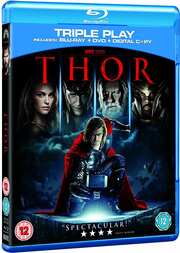 Article
The Hunger Games fires its way to Blu-ray, DVD and VOD in September

They say the road to hell is paved with good intentions. Either that, or Marvel’s marketing machine knows exactly what it’s doing. A few months ago, having watched Spider Man: No Way Home, I got the urge to fill in the gaps in my Marvel movie collection, although just the films that I really like, or those that I really want to watch, which at the time boiled down to the Captain America movies, Captain Marvel, and Black Panther. And then I saw the final two Avengers movies in a real bargain, and just had to have them. And once I had them, I had to get the first two as well. And with the new Taika Waititi Thor movie coming out (Ragnarok was really good too), I had to get the first two of those as well. And now I’m buying Marvel movies featuring characters I don’t even like to fill in the remaining gaps; Iron Man and Ant Man both. That Pokemon “got to have them all” fever that hit me with the Bond movies last year has struck again.

I’ve even ordered The Incredible Hulk! The one MCU movie that no-one remembers...

Jane Foster is an astrophysicist investigating strange atmospheric phenomena near a small town in New Mexico. That may seem a little outside her area of expertise, but said phenomena appear to be connected to an Einstein-Rosen bridge... a wormhole. She thinks she is able to predict where the next one will occur, but when the team gets to the location, the van winds up hitting a man... a man who wasn’t there an eyeblink previously.

This strange man might just be the proof that she needs, but the story he spins is too bizarre. He claims to be Thor, the god of Thunder, stripped of his powers and banished from Asgard to Midgard (Earth), by his father Odin for his recklessness and pride, threatening to throw the realms into war again. He’s been sent to Earth to learn humility, and his first lesson comes from the prongs of a taser. Thor wants to figure out what to do next, a way to return home, and the first thing he needs is his hammer, Mjölnir. He sounds like a lunatic, and Jane’s colleagues warn her away from him. But there’s something strangely compelling about his story, especially when SHIELD shows up and confiscates Jane’s research and equipment, and lockdown a crater where it seems Thor’s hammer landed.

Thor gets a 2.35:1 widescreen 1080p transfer on this disc, with the choice between DTS-HD MA 7.1 Surround English, and DD 5.1 Surround French, German, Italian, Spanish, and English Audio Descriptive with subtitles in these languages and Dutch, Danish, Finnish, Norwegian, and Swedish. I’m happy with the AV experience here, a nice clean transfer with excellent detail and strong, consistent colour. The audio is fine, making the most of the action and the music, while keeping the dialogue clear. Thor is a relatively lower budget, mega-budget blockbuster, not only in the small-town location for the action, but also the small-scale, real world action. There is also a lot of action in the ‘fantasy’ realms, most of it the kind of mass army CGI conflict that fantasy films tend to go for.

The version of Thor I got was the combo pack, with the film on DVD and on the Blu-ray that I watched, the Blu-ray holding the extras, while the DVD also coming with a digital copy of the film, back when people had DVD-ROM drives to transfer to devices rather than fibre broadband. You get two discs on each inner face of a BD Amaray, with the inner sleeve with more art on one side, and instructions for the digital copy on the other. The Blu-ray boots to an animated menu.

Here you will find the following extras...

I like Thor as a character; he’s an endearing, naive goofball of a superhero with a whole lot of charm. That isn’t the character you encounter in this film, as it’s actually the story of how he became that way. It’s also somewhat surprising to see Kenneth Branagh directing a mainstream, theatrical comic book blockbuster, although when you see the arch-theatricality and Lord of the Rings sensibilities of the Asgard characters and story, you can see how Branagh would be ideal for the content, and it enhances the contrast between the epic fantasy realms and the realism of the New Mexico aspect of the story.

The story has its classical elements too, with a king grooming an heir to succeed him, one of two princes, brothers who turn out to be rivals for the throne. Thor is the natural heir to Odin, and has grown up with that certainty, strong, jovial, loved by the people, but prideful and reckless as a result. His brother Loki appears loyal to Thor and their father, but he also wants to prove his worthiness to Odin; a combination of envy and loyalty. Thor’s pride proves to be his opportunity to shine, and he’s not shy of nudging the issue to the point that Thor winds up banished. But matters spiral out of control when Loki learns the truth of his heritage.

By this point, Thor is stuck on Earth, stripped of his powers, and learning the lessons in humility that his father intended him to learn. There’s plenty of culture clash comedy, and a bit of romance too.

The thing that I really like about the first Thor movie is that it’s not a tale about a world threatening villain, nor is it a mega CGI extravaganza, a traditional comic book movie. The story instead is much more intimate, a tale about family, betrayal, and twisted loyalties as I mentioned, very much character focused. At the same time, when it comes to the story on Earth, that too is small scale, the epic scope of the landscape contrasting the small-town location, and once again a more character focused narrative rather than the kind of magnitude of threat that usually drives the climax of comic book feature films.

Thor is an entertaining film, and a good start for the character’s story arc in the Marvel Cinematic Universe, although you don’t see much of that endearing goofball until he takes on board the lessons in humility that he’s banished to Earth to learn. A film made in the HD home cinema era gets the kind of transfer and presentation in this release that it deserves.