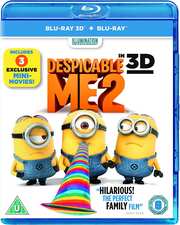 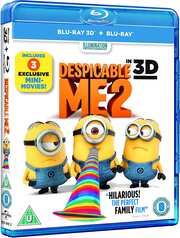 Blu-ray
Cloudy with a Chance of Meatballs

Review for Despicable Me 2 3D

Despicable Me won me over when I reviewed it quite recently. That’s lucky, as it wasn’t the only entry in the franchise in that that particular bargain bucket, and I picked up a couple other family animations as well, once again having fun with those loveable Minions. The original Despicable Me was one of the earlier Blu-ray releases, in that it came on three discs, one BD, one DVD, and one digital copy physically pressed onto a DVD. By the time the sequel Despicable Me 2 came out, DVD-ROMs were becoming less common, and this digital copy is in the form of a download code. We’re also into a whole other era of cinema, and while there is no DVD at all with this Blu-ray, this does get the film in glorious 3D on a second disc. It’s a second disc from my perspective; for everyone else, it’s this release’s selling point. I’m reviewing the 2D disc for this one. 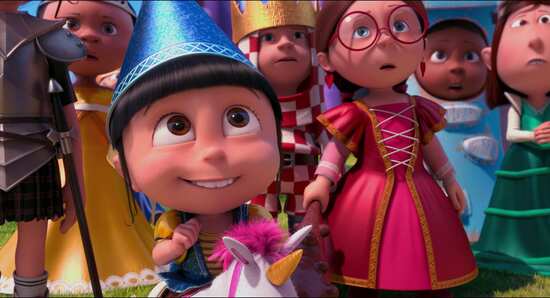 Gru has gone straight. With the aid of Dr Nefario and his trusty Minions, Gru is developing a jam and jelly business. It’s natural that he has given up his reprehensible super-villain lifestyle, given that he’s now the father to three adopted daughters, Margo, Agnes and Edith. But that doesn’t mean that his criminal talents aren’t still in demand. 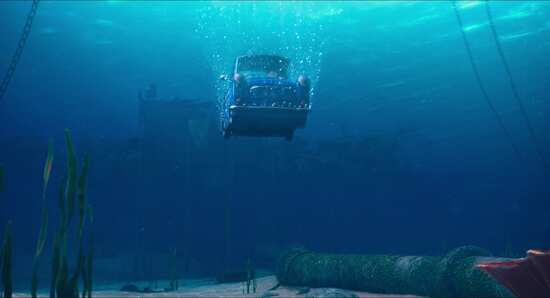 When an arctic research facility is stolen off the ice by a giant magnet, the Anti-Villain League calls on Gru for assistance when their own investigation stalls. The research was being conducted on a powerful mutagen called PX-41, and the trail dead ends at a local mall. Gru will go undercover to investigate some suspicious storekeepers, but this time he has a partner, AVL agent Lucy Wild. And meanwhile the Minions are slowly disappearing. 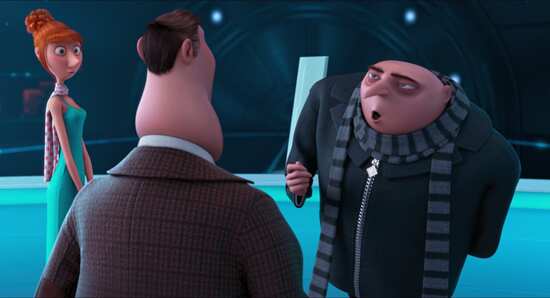 The film is presented in 1:85:1 widescreen 1080p. You have the choice of DTS-HD MA 5.1 Surround English, DTS 5.1 Surround Spanish, Hungarian, Polish, Arabic, and Hindi as well as DD 2.0 English Audio Descriptive, with subtitles in these languages. And I found nothing to complain about with a pixel perfect transfer of a digital animation, supported by an immersive surround track that hits all the right notes when it comes to action, music and keeping the dialogue clear. It all serves to bring across the imaginative animation, the idiosyncratic character designs, and great sense of humour. 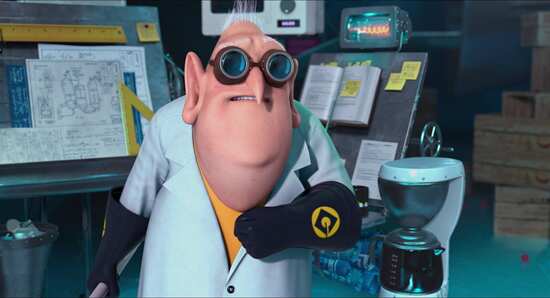 You get 2 discs on each inner face of a BD Amaray case, wrapped with an o-card slipcover. There is a UV code within, and the disc boots to an animated Minion menu. 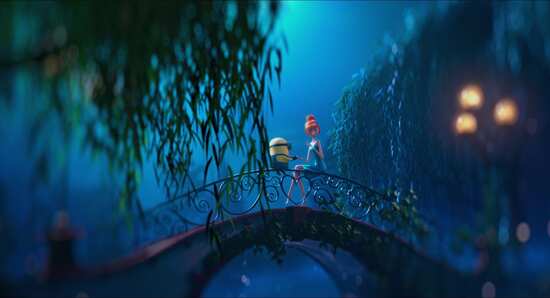 The rest of the extras are in a dedicated menu... 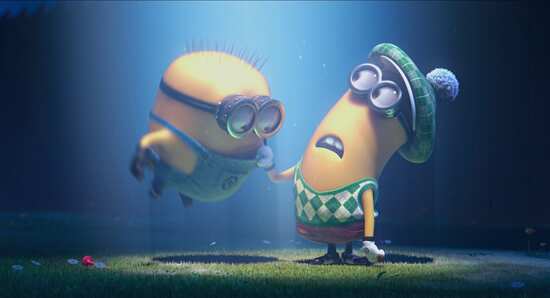 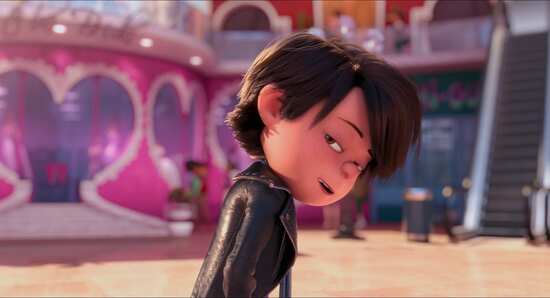 I enjoyed Despicable Me 2 even more than the original, which isn’t what I was expecting. Given that the era of disappointing sequels is long past, that is probably unfair on my part. It’s just that I tend to see the clichés in family movies before I see anything else. But Despicable Me 2 managed to transcend its scripting, and move the story on in a logical and very pleasing way. The characters also seemed more colourful than in the first film, particularly the villain of the piece. Most impressively, the Minions, which in the first film felt little more than obvious tie-in merchandising, are actually integral to the story in the sequel. 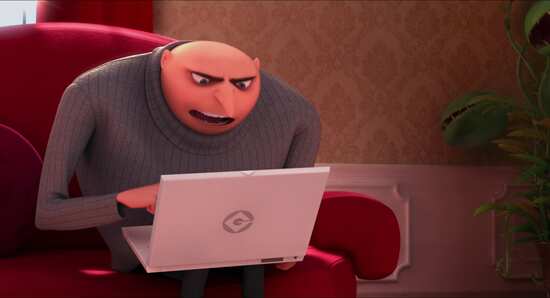 The theme of the film is still about family. The first film saw super-villain Gru learn how to be a super-dad to his three adopted daughters. In the sequel, it becomes clear that the girls need a maternal figure in their lives. The comic potential of the idiosyncratic Gru meeting and dating a woman is a big part of the comedy here, especially with some serious match-making going on for the reluctant Gru early on in the film. On the other hand, the oldest of the girls, Margo, is now of an age where she is showing an interest in boys, triggering the typical over-protective dad cliché in Gru. 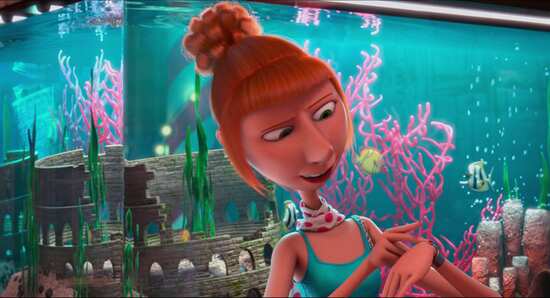 The real fun is in the super-villainy though, and with Gru being a respectable father, the sequel finds an inventive way of bringing him back to the fold. An intelligence agency tasked to fight crime brings Gru on as a consultant, when they can’t solve a particularly pernicious theft. They want Gru to go undercover to investigate, and they give him a partner too, Lucy Wild, an eager secret agent with a sparky personality. And of course romance ensues, complicated by Gru irrationally deciding that a restaurateur named Eduardo is the villainous El Macho in mufti. When Eduardo’s son Antonio starts dating Margo, Gru’s certain of their guilt. 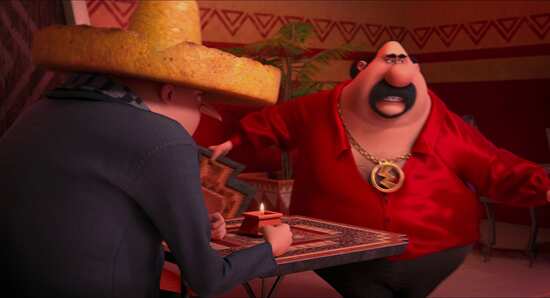 The secret agent aspect to the story really puts a cool James Bond spin on the adventure that is really enhanced by the inventive animation, making the most of the gadgets, traps and pitfalls in the adventure. And just like the first film, the sense of humour is very well done, the pace of the film is perfectly pitched, and the characters really work well. If I do have a nitpick, it’s that the film glosses over the villain’s fate at the end of the film but it’s a small nit to pick.