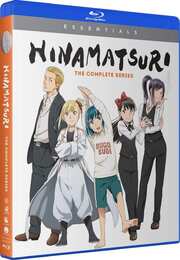 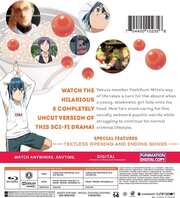 Review for Hinamatsuri: The Complete Series

If we’re judging anime by the title again, you might scratch your head at Mob Psycho 100... Well, you’re obviously going to get the wrong idea until you realise that the Psycho is short for Psychokinetic, and not Psychopath, but even then, you might pause for a minute looking for the mafia, until you realise that the Mob in the title refers to the main character. Still, it is a provocative thought, the idea of psychokinesis conflated with organised crime. That’s where Hinamatsuri comes in, as it turns out that its author had the same thought provoked (or it was a complete coincidence), as this is a story about what happens when a Yakuza member meets a psychokinetic girl. Then again, Hinamatsuri also refers to Girl’s Day, or Doll’s Day, but if we judge this anime by that title, we’ll be heading down a deep rabbit hole indeed. 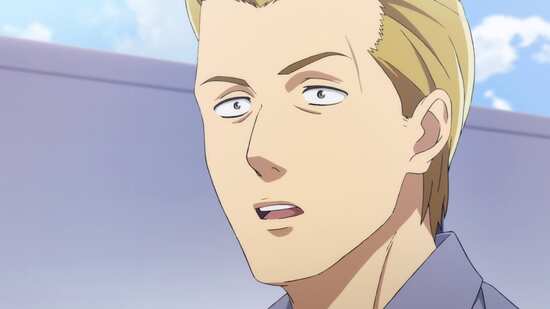 I imported the Funimation Essentials release from the US, which for this title is compatible with UK Region B players.

Life is good for Yoshifumi Nitta. He’s an up and coming lieutenant in the yakuza, and has the freedom to invest his gains in a collection of rare vases. Then one night, the air opens up over his head, disgorging a strange metal cocoon. In that cocoon is a young girl, Hina who turns out to have psychokinetic powers; so much for that vase collection. She moves in with Nitta, and proceeds to make his life... interesting. Slowly he gets her under control, even finds her a place in a local school, and they form something of a family unit. And then the sky opens up again, and disgorges Anzu, another psychokinetic on a mission to kill Hina. 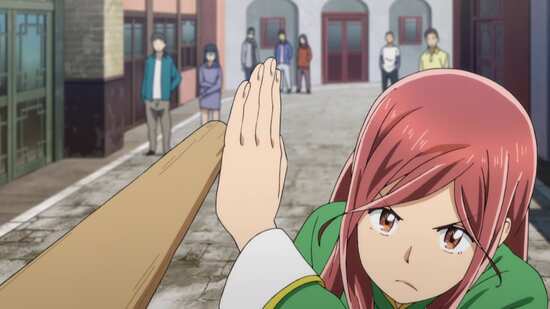 12 episodes of Hinamatsuri are presented across two Blu-rays from Funimation.

Disc 1
1. Arrival of the Psychokinetic Girl!
2. This Is How You Have a Superpower Battle!
3. Hobo Life 101
4. Disownment Rock n’ Roll Fever
5. Three Heads Are Better Than One
6. Nitta-san Has a Dandy Dad
7. Anzu is a Greeter Now
8. And It’s the Same Old Hina
9. Life Is About Survival

Disc 2
10. Like a River Stream
11. A Man Thirsty For Blood, Violence and Money
12. Yukimatsuri 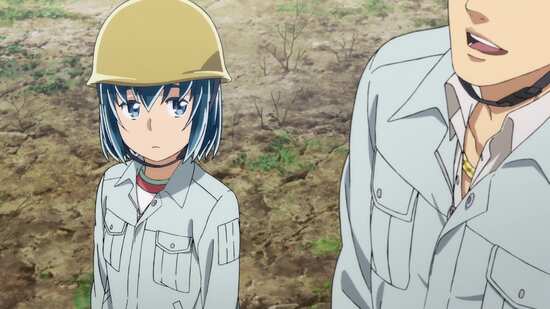 Hinamatsuri gets a 1.78:1 widescreen 1080p transfer on these discs. It’s pretty standard for an anime release, clear and sharp, with bright and consistent colours, bringing across the animation smoothly and without issue. There is a tad of digital banding, but nothing too deleterious. Hinamatsuri shies away a little from mainstream anime, with character designs which are just a tad stylised, and making use of some animation quirks that I haven’t seen before. The way shock is portrayed, open mouthed with a tongue rictus close-up is something I think is unique to this show. The line art has a slightly rougher feel to it as well, which makes the show feel different from its peers. 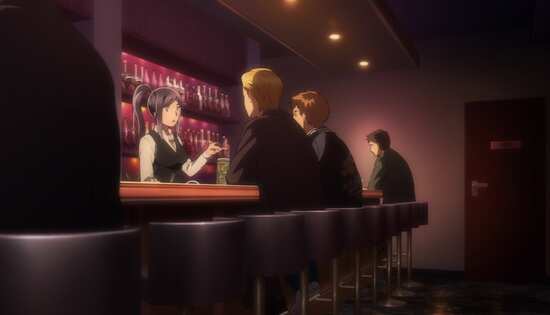 You have the choice between Dolby TrueHD 5.1 Surround English and 2.0 Stereo Japanese with subtitles and signs locked during playback. As always, I was happy with the Japanese audio, with the actors really suited to their roles, giving memorable and engaging performances. The action comes across well enough through the stereo soundstage, and the subtitles are timed accurately and are free of typos, although it wouldn’t be a Funimation translation if it didn’t make you scratch your head at least once. In episode 6, the English word “Why?” is translated in the subtitles to “Por Que?” to which I can only wonder, “por que would you do that?” The theme songs work well although the opening theme sounds as if it’s distorted at the higher pitches; it’s not, it’s supposed to sound like that. 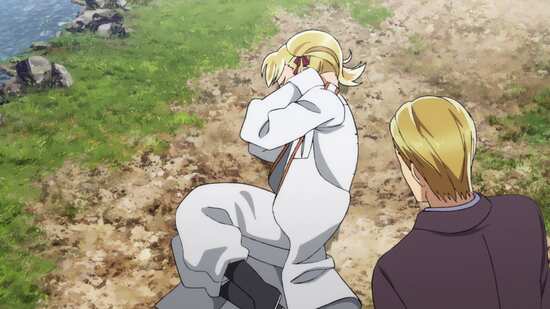 You get two discs on each inner face of a thin BD Amaray case. There is some artwork on the inner sleeve There is a flyer for a digital code within, although given this is a US import, I don’t know if it will work for UK customers the way the discs do. Those discs boot to static menus. 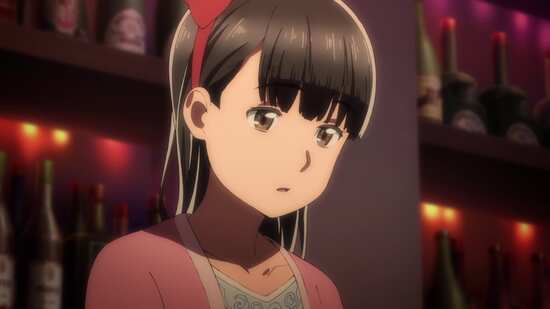 Disc 1 autoplays with a trailer for Chio’s School Road

Disc 2 autoplays with a trailer for Kakuriyo – Bed & Breakfast for Spirits. 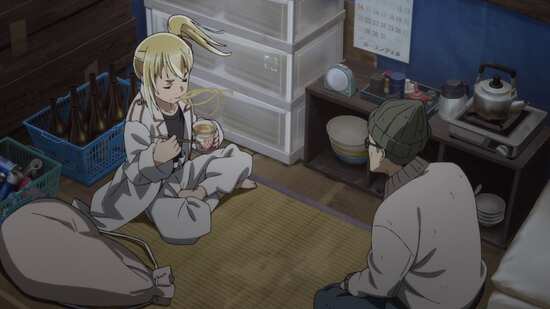 Once in a while, a delight like Hinamatsuri shows up, defying all expectations, and delivering some top-notch entertainment. The premise certainly makes you think the show is going to go in a certain direction, backed up by the first couple of episodes. You have a man who’s going places in the yakuza, who suddenly encounters a girl that appears in his life in a wholly sci-fi way. Against all expectations, she has psychokinetic powers, able to wreak havoc and mayhem with a mere thought, and given her attitude, it’s clear that she comes from a harsh place indeed, where she’s supposed to take orders and inflict maximum damage. That’s compounded when a second girl appears, with orders to kill the first. You’d think that an up and coming yakuza might see such a girl as a ticket to attaining more power, but that is not what Hinamatsuri is about. It’s a slice-of-life comedy show! 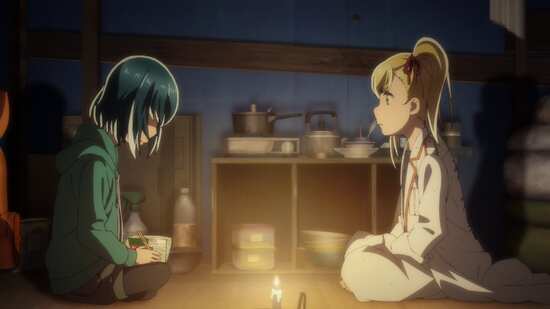 Hina obviously comes from a dark and violent place, and her approach to the world initially reflects that. It’s lucky then that the first person she encounters is a yakuza. Nitta lives in a world where violence, hard words and deeds are expected, so there’s a point of familiarity there that initially grounds Hina long enough to form a connection, one that she probably couldn’t have done if the first person she encountered had been a regular person. But Nitta’s also got some strict ideas about what teenage girls should be doing. Hina’s expecting orders from the adults around her; Nitta tells her to just be herself, to not use her powers in public, and to keep them secret. He also reluctantly becomes her guardian, gives her a home, and arranges for her to go to school. It turns out for Hina, being herself means laying around, waiting to be fed, and sleeping in class; typical teenage behaviour. 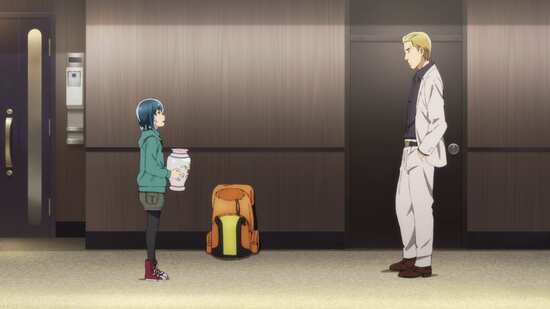 Then Anzu shows up, another psychokinetic girl with orders to kill Hina, only Nitta referees the confrontation between them into something less destructive, and a lot more juvenile, which is good for Anzu as she’s seriously outclassed. While Hina gets the ‘waited on hand and foot’ treatment as she learns to fit in with this world, Anzu takes another path. Initially she’s a petty criminal, stealing food to survive and sleeping rough, until she encounters a group of homeless people who take her in, give her a place to sleep in their camp, and teach her how to live, finding and selling recycling, making do, and she learns the value of money from the bottom up. Straight away Anzu gets a lesson in humility that Hina doesn’t. 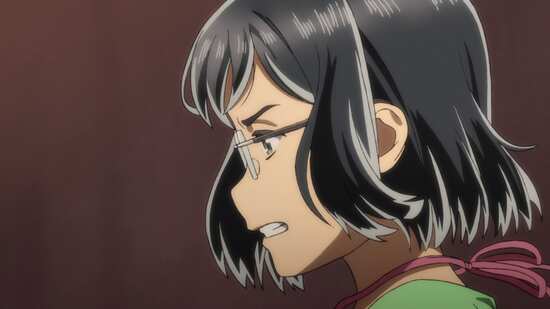 Meanwhile, Hina’s started school, and when she isn’t sleeping, she’s making friends. Hitomi is a straight-laced girl in her class who thinks of taking Hina under her wing, but gets sucked into Hina’s world, and by extension the yakuza world instead. Tired of being left home alone all the time, Hina insists on going with Nitta on his nights out, and with Hitomi along for the ride, they wind up in a bar, where Nitta has a crush on the bartender Utako, and one thing leads to another and Hitomi, the middle school girl, winds up working making cocktails behind the bar, which causes issues when it turns out that their home-room teacher also frequents the bar. 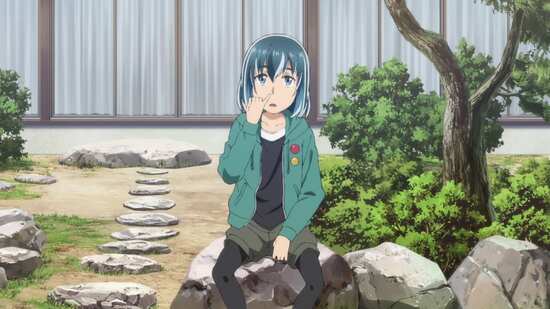 The show continues in much the same surreal way, gradually expanding the cast and the potential for culture clash comedy interactions, with little vignettes and half episode story arcs unfolding through the series. There are even more people from Hina’s world that show up through the episodes. Hina’s got the deadpan oddball character down, which goes well with Nitta’s reactive parental role. Anzu’s more of a tsundere type, rough around the edges, putting up a front that hides a warm heart, while Hitomi’s just a sweet caring girl who keeps finding herself in increasingly bizarre situations. 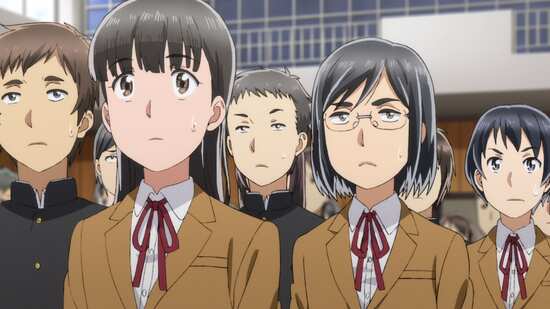 The show does start off with something of a non-sequitur, a brilliantly animated kung-fu sequence set three years after the events of the show, but you begin to get an idea of what it’s about around episode 9, before an epilogue that puts it all into perspective. 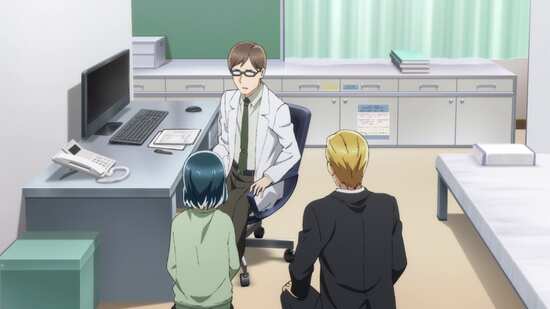 I love this show; it caters for my particular sense of humour, a wacky slice of life comedy that always manages to surprise with its extreme reactions and daft ideas. I’m always looking out for shows like this that step outside of the mainstream, but alas, these are the shows that very rarely sell to the UK market; and neither do they get second seasons. Thankfully Funimation’s US BD release works on Region B players, and it brings the show across to great effect on these HD discs.