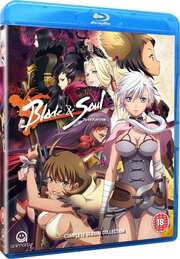 When it comes to anime review discs, let’s face it, 2020 was a bust. I’ve been making do with the handful of discs that do show up, and taking the opportunity to attack my own pile of unwatched retail purchases, but things have really just been ticking over on idle. At least last year had a decent excuse. But usually when there are ructions in the UK anime industry things tend to get a little messy. The last time that Funimation fell out with Manga, it looked as if Manga was on the way out, and like a premature phoenix rising from the non-existent ashes from a pile of wet firewood, we briefly had a new anime distributor in the UK, Animatsu. They quickly got absorbed back into Manga in the end, but as they were starting up, the birth pains meant that quite a few titles didn’t get sent out for review. I missed out on shows like Triage X, Black Bullet, and Blade & Soul. A recent sale offered me the chance to get these releases at bargain bucket prices, so I can finally see what I missed out on. Some of what I missed out on anyway. There’s nothing that can induce me to try Triage X. Let’s see what Blade & Soul is like though. 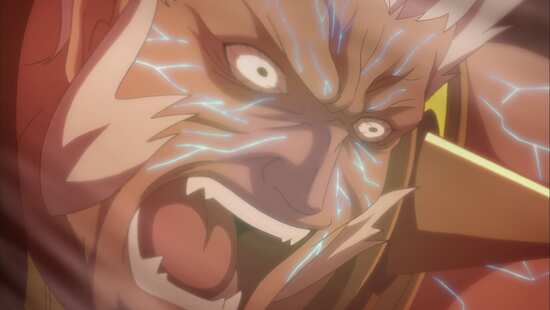 Alka is an assassin of the Sword Clan, and she’s being hunted by the Palam Empire for killing her master. She’s a lethal, emotionless killer, which goes some way to explain how she’s survived, given that the Palam Empire uses drugs to give its soldiers superhuman abilities. She’s also being framed, as it was actually Jin Varrel of the Palam who murdered her master, and she uses a magical ability called Impurity to kill. Now Alka has just one mission, to avenge her master. 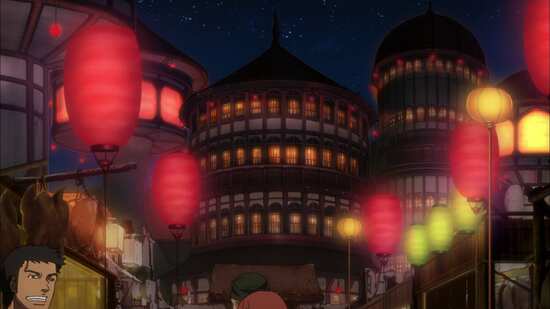 13 episodes of Blade & Soul are presented as follows across two Animatsu Blu-rays. 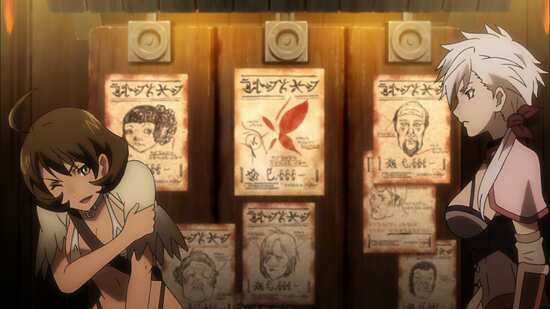 Blade and Soul gets a 1.78:1 widescreen 1080p transfer on these Blu-rays. The image is clear and sharp, colours are consistent, but there is noticeable banding in darker scenes. This is not the best looking anime you’ll ever see. Based on the Korean MMORPG, Blade & Soul’s anime adaptation was made in 2014, but looks 10 years older. The character designs are simplistic, obviously animated on computer with plastic looking flat shading, yet the transitions between 2D and 3D CGI are jarring and sudden. The animation is uninspiring and does nothing more than what it needs to tell the story, and for an action fantasy show with plenty of magical effects, it lacks for flourishes and imagination. It’s watchable, but little more. 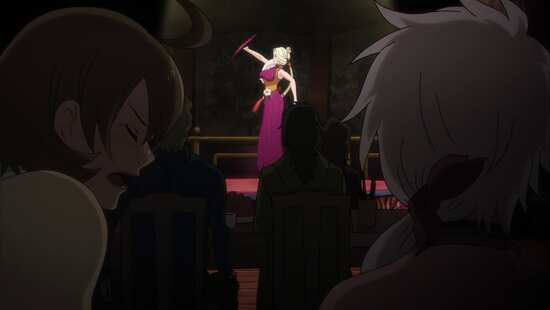 Blade & Soul gets a DTS-HD MA 2.0 Stereo Japanese track, with English subtitles locked during playback. The audio is fine, the action comes across well, and the actors are suited to their roles. The music to the show is pretty decent as well, especially the theme songs. They might have skimped when it comes to the animation, but it seems like the sound department got what they asked for. The subtitles are accurately timed and free of typos. 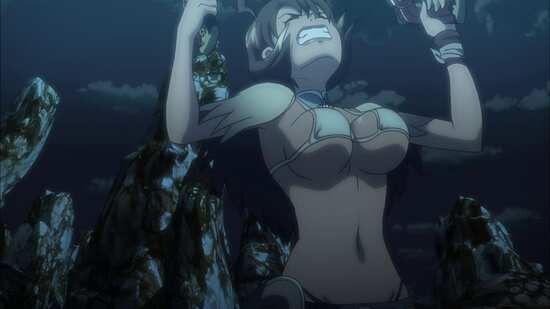 You get two discs in a BD Amaray, one on a centrally hinged panel. There is some nice inner sleeve art and an episode listing. The discs boot to static menus, and each episode is followed by a translated English credit reel.

Disc 1 autoplays with trailers for Anime Network and Knights of Sidonia. 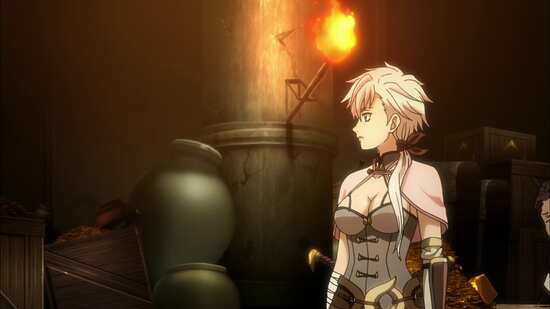 Blade & Soul has a grand, epic story. Unfortunately it feels like a story told by an accountant, with the imagination and grandiloquence that you would expect from someone from that dry and clinical profession. All through the 12 episodes of the main storyline, I kept lamenting what could have been, instead of what we are ultimately presented with. You’d think that Blade & Soul would be better because it’s the kind of tale that grabs audiences with ease, a tale of revenge, with driven, obsessed characters and grand themes. It turns out that creators can get revenge stories wrong. 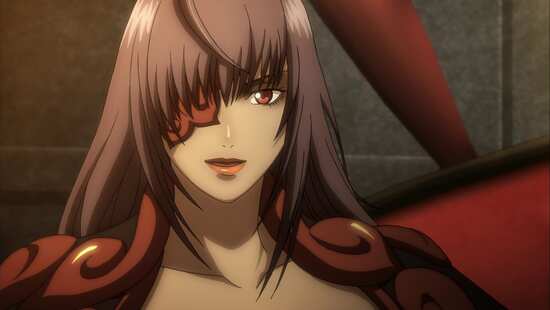 The biggest problem is with the main character, Alka, a woman cut in the ‘man with no name’ mould. But the lacklustre animation, coupled with a minimalist script and a monotone voice performance (although what an actor can do with maybe a couple of words an episode is beyond me) makes for a dull, bland and uninspiring main character. Alka is an assassin of the Sword Clan, apparently the last survivor of the clan. She’s on the run from the Palam Empire, framed for the murder of her master. She’s easily identifiable by what looks like a butterfly birthmark on her shoulder, and she’s the target for any opportunistic bounty hunter. But Alka is emotionless, and lethal with her blades, and is rarely troubled by her foes. 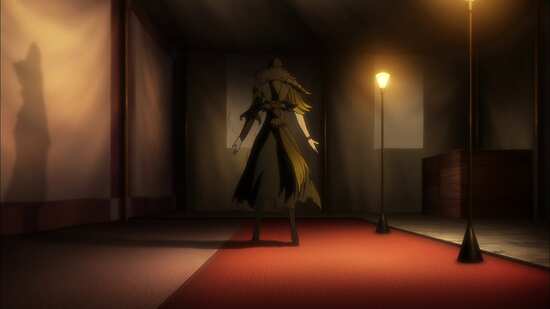 It’s the Flower Monks of the Palam Empire that pursue her. Their soldiers are fuelled by a drug refined from a specific flower, giving them lethal strength, but the Flower Monks, Jin Varrel (pronounced Gin Barrel which doesn’t help), Ga Gante, and Yoo Ran have magical abilities, Impurity which allows them to kill their foes at a distance, by means of the black fire they exude. It turns out that Alka’s birthmark makes her proof against Impurity, which makes her a threat to the Empire, and why they hunt her so assiduously. Meanwhile Alka wants revenge against the Flower Monks for the murder of her master. 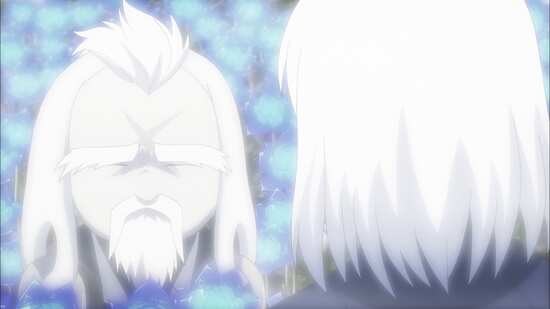 On her travels, Alka encounters some people who start having an effect on her. Jin Hazuki is a gun toting bounty hunter that takes an initial liking to Alka, before realising that she represents the biggest payday she’s ever had, and the two are soon sniping at each other in every episode. She also encounters a gang of bandits led by a one-eyed woman named Loana. They also have an antagonism to the Flower Monks, which has their priorities occasionally move in the same direction. Finally there is Elle Karen, the owner of a large inn in town, an enigmatic woman whose motives are always concealed, and who seems by turn to be both hero and villain. The more that she encounters these people and more, the more Alka’s humanity begins to return, which makes for her ultimate confrontation with the Flower Monks more poignant. 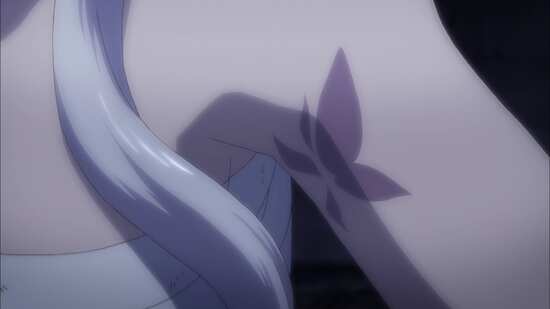 It all sounds good, but Blade & Soul opts for a formulaic structure that very quickly becomes tedious, peopled with single note characters that rarely inspire or excite. Each week Alka will encounter some pleasant, likeable and favourable people, and thanks to her reputation, or the appearance of the Flower Monks, some or all of these nice people will tragically die, initially causing no change to Alka’s equanimity, but the degree of her reaction to these events mark her return to humanity as the series progresses. As a last roll of the dice in the final episodes, the show also tries to give some dimension to Jin Varrel, but alas, that goes nowhere after offering a few tantalising hints. And in one final bit of insult, the final bonus episode 13 is an utterly clichéd swimsuit episode; absolutely ridiculous and worse even than the main series when it comes to the animation quality and indeed the story. 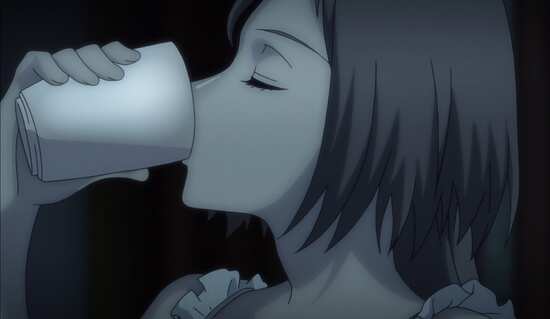 Blade & Soul is another one of those anime shows that leave you wondering at what could have been. There’s enough in the story to make you wish that someone else would take a crack at animating it. Of course, not having seen the source material, I have no idea whether the story is actually good enough. Who knows? Maybe the Blade & Soul anime is a faithful and accurate adaptation. The animation isn’t really spectacular, but this Blu-ray release adequately presents it.