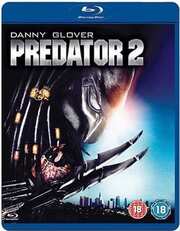 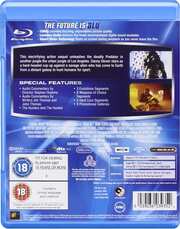 Last year, when it became clear that Disney’s buyout of Twentieth Century Fox was a nail in the coffin for home media collectors, as they promptly allowed all of the Fox catalogue to fall out of print so they could erase the name, my first thought was to check my DVDs and find out which films and shows I had yet to get on Blu-ray and put them to the head of my double dip list. For some bizarre reason, my first thought was to get Predator 2 on Blu-ray. 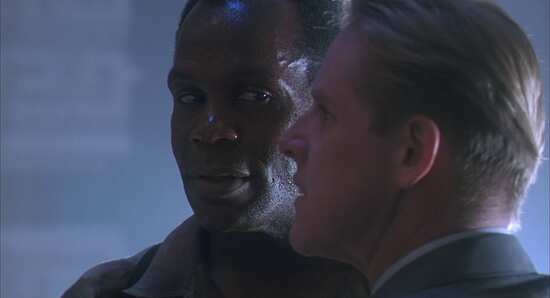 It’s 1997, and LA is a war torn city as rival drug gangs battle it out for supremacy in the 109°F heat. The police are beleaguered and crime is running out of control. Into this perfect killing ground comes the Predator, an alien hunter who sees humans as ideal prey. Lieutenant Mike Harrigan gets a rude introduction to the alien when he pursues a drug gang into their hideout, only to find their dismembered carcasses strewn about their lair, their guns having been no defence against an invisible assailant. 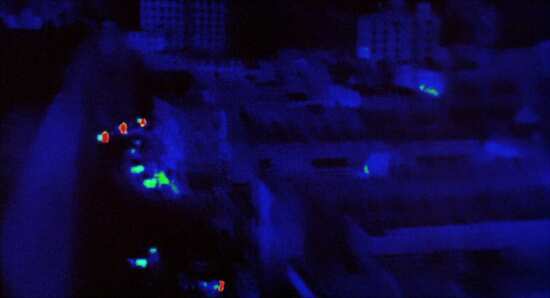 The investigation is immediately curtailed though, as Federal officers under the command of Peter Keyes arrive to stamp their jurisdiction on the scene. The carnage hasn’t ended yet, as the rival Jamaican gang is also found to be worthy of the Predator’s attention. As Harrigan finds his efforts curtailed by the Feds, it becomes apparent that they have a hidden agenda, and know far more about the new scourge in LA than they are letting on. These matters don’t concern the Predator of course, who has found his ideal prey, Lieutenant Harrigan himself. 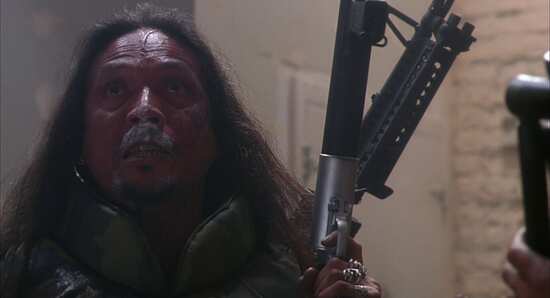 Predator 2 gets a 1.85:1 widescreen 1080p transfer with the choice of DTS-HD MA 5.1 Surround English, and DTS 5.1 Surround French and German, with subtitles in these languages and Danish, Dutch, Finnish, Norwegian, and Swedish. The first two Predator films just didn’t luck out when it comes to visuals. The first suffered from poor grainy film stock, which got such post-processing for its second try at HD that the characters started looking plastic. Predator 2 on the other hand is set in a hot, hazy, and dusty Los Angeles which just isn’t conducive to high definition, although thankfully there’s been no attempt at post-processing it into HD in the way the first film was. Colours are good, detail levels are fair, grain is consistent and it’s soft enough to make you wonder whether the double dip is worth it. On the bright side, the Blu-ray has dealt with the dirt and the print damage that marred the DVD release, so there is that at any rate. The audio is good, the surround excellent in conveying the action and the Predator POV. Normally I might complain about this, but having the god-awful dialogue buried in the mix to the point of inaudibility at times is actually a plus. 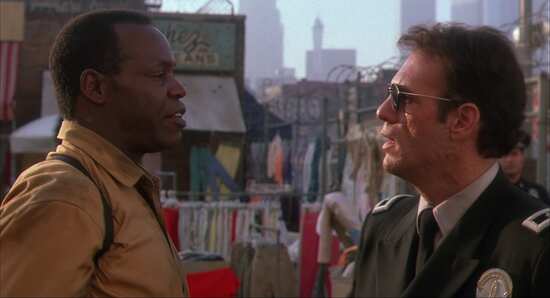 You get one disc in a BD Amaray case, which boots to an animated menu.

This Blu-ray release is basically the old Predator 2 SE DVD release with a HD transfer.

You get the two commentaries, one with director Stephen Hopkins, and one with writers Jim Thomas and John Thomas. 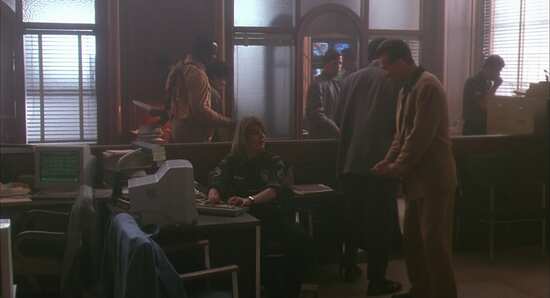 The Hunters and Hunted making of lasts 35:41.
There are 3 Evolutions VFX featurettes running to 6:16.
There are 6 Weapons of Choice featurettes (6:49).
Hard Core Segments x2 last (7:05).
There are three more making of featurettes in the Promotional Galley (12:26). 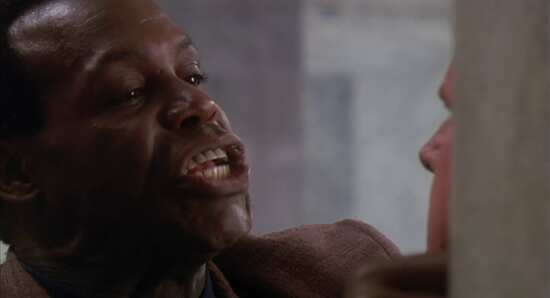 Sequelitis strikes again, as another lacklustre film is made to cash in on the success of an original property. It’s really a shame as all the ingredients were there to make a worthy sequel. The initial premise, so explosively established in the first film is box office manna. The story, rather than being a simple rehash of the first film actually shows some promise. The film also has a rating suitable for the subject matter. The idea of the Predator coming to the concrete jungle to hunt, the battlefield between drug gangs being its playground and the police caught in the middle; add to that the idea that the government has become aware of the alien following the events of the first movie and have their own agenda to capture alien technology, and this all adds up to a great sequel. Unfortunately, the producers added wrong. 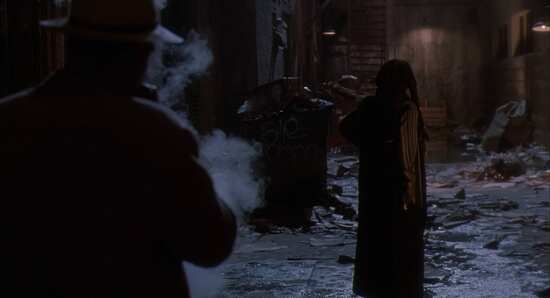 The ideas behind Predator 2 are wasted with a poor script and some dismal characterisations. Admittedly the shock value of the Predator was gone, and since the audience all know what the alien looks like, the idea of suspense was dispensed with in favour of blood and guts from the off. Whereas the first film was a slow build up of tension culminating in some explosive action, we get thrown right into the thick of things here and the film fails to engage in the same way. Kevin Peter Hall is just as impressive as the Predator, but the rest of the cast fail to match up, although what they can do with a script replete with trite dialogue and action movie clichés probably prohibits anything approaching a decent performance. On top of that, the film liberally rips from Robocop with its news report interludes, but is absent the satire and social commentary that made that a decent film. 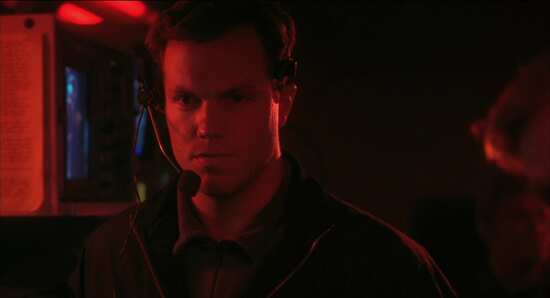 I had hoped with this re-watch that I could have viewed Predator 2 in a more nostalgic light, an approach that has helped me enjoy several eighties movies that I didn’t appreciate at the time, and I have to admit that there is still some bubblegum chewing action movie fun to be had with Predator 2. But it really only works as a self-parody, an over the top spoof, and that’s just a little too much effort to put into a movie as brainless as this one. 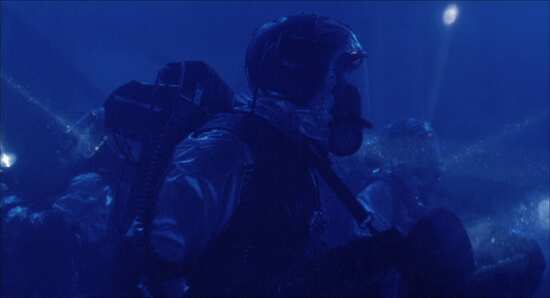 The film is getting worse with age, and the Blu-ray adds next to nothing over the previous DVD release, with a marginal improvement in image at best. I really do have to ask myself why I jumped to double-dip this film first when I started seeing Fox titles vanish off e-tailer shelves. I have no defence m’lud.