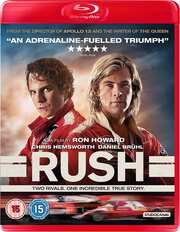 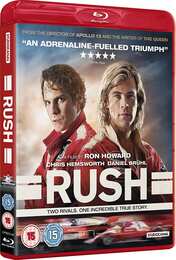 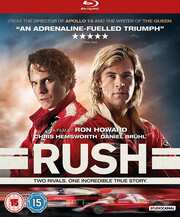 DVD
Far and Away (UK)

DVD
Beautiful Mind, A (Widescreen) (US)

DVD
Far and Away (US)

I used to love Formula 1. I think it’s the epitome of geeky glamour, cutting edge gadgetry and playboy drivers that have that James Bond frisson that really appeals to young males. I came to the sport in the late eighties, back when Prost duelled with Senna, and Nigel Mansell carried a legion of British hopes in his bushy moustache, and there was this promising young rookie named Schumacher making his presence felt. Formula 1 seemed exciting, fast, dangerous, yet the drivers seemed invulnerable and fearless. That little fantasy came to an end at Imola in 1994, but I stuck with the sport even still. I don’t know when I fell out of love with it; it could be when Sky snaffled up all the races; it could be when they kept introducing rules to slow the cars down with grooved tires, reduced down-force, all promises to improve the racing, but in effect always tending to reduce overtaking and turning each race into a processional, or it could be when Murray Walker retired from commentating. But I haven’t seen a race for many a year now, certainly none in the Lewis Hamilton era.

Thinking back on it, I found Formula 1 at a golden age, when cars were as competitive as the drivers, and it seemed anything and everything would happen during a race weekend. And I somehow found a run of six or seven years where there were no fatal accidents; where all the thrills I got from the sport were guilt free. Ten years previously, Formula 1 was a distinctly different sport, when drivers used to get into their cars with the thought that each race might be their last. And yet there were rivalries just as intense as Prost and Senna. In 1976, Niki Lauda and James Hunt tussled for the drivers’ world championship. Rush is the dramatisation of those events.

The 1976 German Grand Prix at the Nurburgring was a pivotal moment in the season, when Niki Lauda’s Ferrari crashed into a barrier and burst into flames. But the story of Lauda’s rivalry with James Hunt begins six years before in this film, when the two raced each other in a Formula 3 race and sparks flew. Like every racer, their dreams were of Formula 1, and while Lauda may have bought his way onto a team, he quickly earned his seat with his technical approach to driving, and to setting up the car. James Hunt on the other hand was the epitome of the playboy, fast cars and fast women, drink and drugs, and excelling through sheer talent. Their rivalry reached a peak in 1976, after Lauda had won the 1975 World Championship, with Lauda driving for Ferrari and Hunt for McLaren.

Rush gets a 2.40:1 widescreen 1080p transfer with DTS-HD MA 5.1 Surround English. There is also PCM 2.0 Stereo English track and a 2.0 Audio Descriptive track as well. English HOH subtitles are provided. The surround is excellent, immersing you in the action from the first moment and never letting up. Formula 1 cars are notoriously loud, and so is this movie. There is some nice period pop music to add some authenticity, while Hans Zimmer’s score is certainly memorable. The image is clear and sharp, although the palette is somewhat subdued with the sepia overtones of nostalgia. The production and costume design do much to capture the era, while the racing sequences are thrilling and high octane. The black levels can drop in occasional scenes, but by far the worst crime of this transfer is the banding, excessive and obtrusive at times. There are subtitles burnt into the print for non-English dialogue (German and Italian and so on).

You get one disc in a BD Amaray case. After playing trailers for 1: Life on the Limit, End of Watch, Robocop, and a chocolate advert, the disc boots to an animated menu.

“Based on a true story” are words to be wary of. At their worst, they mean the straight to matinee films that you get on true life channels, little more than two-hour soap operas. But get the casting and the direction right, apply the production values and get a decent script, and you’re challenging for the awards seasons. Rush is definitely one of the latter, with Chris Hemsworth and Daniel Brühl embodying James Hunt and Niki Lauda to such a degree that it’s uncanny. Ron Howard helms the film with assuredness, really focusing on the character drama, with the intense driving sequences going off like fireworks to enhance that. The script comes from Peter Morgan, who also wrote Frost/Nixon, so there is pedigree all around here.

In the seventies, Formula 1 was little removed from gladiatorial combat, with cars that were now too powerful and too fast for the tracks that they raced upon, and it seems the only sops given to driver safety were helmets and racing harnesses. It’s fair to say that Niki Lauda’s horrific crash at the Nurburgring was a pivotal moment which created an emphasis on driver safety. During the six-year period covered in this film, there were nine fatalities in Formula 1 including the one crash recounted in this film. Change took time; in the six years following ’76 there were six fatalities, but then subsequently just one in 1986. I started watching Formula 1 after this, a seven or eight year period without any fatal accidents. Since then, every new technological development designed to eke out performance seems to be accompanied with a new development in safety, and Formula 1 has an ethos of learning from every accident.

It therefore comes as quite the culture shock to be taken back to the 1970s world of racing, where drivers accepted fully the risks of competitive driving, the fact that they were essentially driving wheeled bombs around for 60 or 70 laps at over 150 miles an hour, and where mistakes weren’t forgiven. Even then racing gave us characters like James Hunt, who if he saw an inch gap, would try and squeeze by. This film brings that vivid personality to life, with as much charisma and suave panache as you might expect. On the other hand you have Niki Lauda, who might be considered the first of the modern breed of racing driver, technical and meticulous, if just as ambitious, someone invested in getting the best out of his car, and putting in the extra hours with an engineering team to do just that. He didn’t want to win any popularity contests, just the one on the race track.

Rush really works because of this contrast in characters and the conflict that it engenders, although it’s fair to say the film takes more than a little dramatic licence to really emphasise the rivalry between the two, while putting the mutual respect and friendship to the background. The story naturally adds colour by going into their private lives and relationships, although mostly as context as to how these things affected them on the track. It really is a gripping and well told story, certainly worth watching if you are a fan of Formula 1, and an education as to how things used to be. Ironically, I’m still enough of a racing fan to be a little disappointed with the racing sequences in the film, not in the way they are recreated or the intensity with which they are shot; it’s just that they often feel like highlights without any context, and that we weren’t getting the story of the ‘76 Season as much as we were getting the Hunt Lauda rivalry. That may be the whole point of course, but I still wished that we might have had a little more of certain races. As it is, it’s only the final Japanese Grand Prix that warrants significant screen time in the film.

Rush is a good film, and James Hunt and Niki Lauda are big enough characters for this film to appeal to more than just Formula 1 fans. The story is broad and interesting enough to stimulate more than just the petrolhead gene. But if you do want to own Rush on Blu-ray, you really should shun this Studiocanal release; the digital banding is bad enough at times to make the film look as if it was shot on a cheap digital camera from the early 2000s. Better to import the US release from Universal, as that is a Region Free disc.