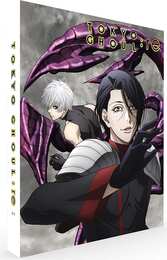 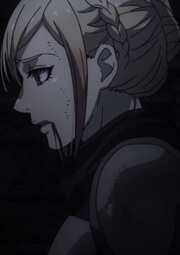 10 weeks into lockdown, and the check discs are starting to dry up. I didn’t think I would get to this point, given just how many review discs had piled up at the start of the year, but I’m now getting to those releases that I thought I wouldn’t actually review. They’re the titles for which I took a look at the previous instalment, and immediately fell out of love with them. But now, beggars can’t be choosers, and I have to take a look at these Part 2s with a hopefully open mind, and a bit of optimism that they’ll redeem themselves. Tokyo Ghoul: re’s main problem was an absence of continuity with the earlier series. And to be honest, that was something I couldn’t get past with Part 1. Hopefully I’ll manage to get past it for Part 2. 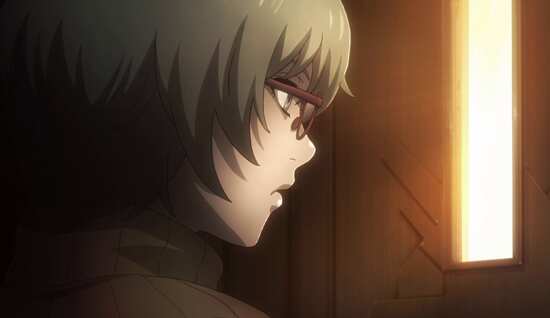 Kaneki Ken is a pretty normal university student, enjoys literature, has a close friend in Hide, and a healthy appreciation for girls or at least one girl in particular, Rize. Hide tells him that she’s out of his league, but a mutual like of a certain author is enough to snag him a date. It’s all well and good, but Kaneki lives in a Tokyo where humans have to co-exist with ghouls. Ghouls are supernaturally strong beings who subsist on human flesh, which makes Tokyo something of a happy hunting ground. As luck would have it, Rize is a ghoul who’s actually looking on Kaneki as her next feast. A building site at night is a nice quiet place to eat, but a girder collapse puts Kaneki in hospital, fighting for his life. The doctors have no option but to perform a transplant from the dead girl who was brought in with Kaneki... 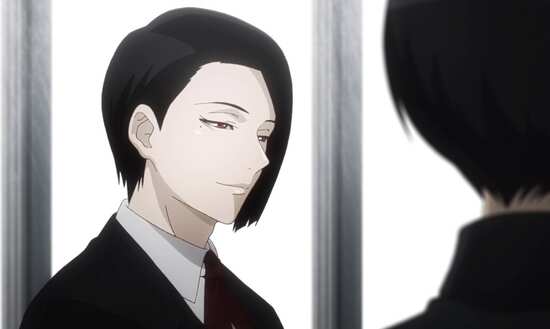 When Kaneki comes around, he’s become a half-ghoul, taken on their invulnerabilities, and some special powers, but he can only eat human flesh. That isn’t going to happen, and the self-loathing and despair drives him into seclusion. But the cafe that he and Hide frequent, Anteiku, turns out to be a ghoul gathering place. It’s where Kaneki learns the other side of the coin, that not all ghouls are monsters, most ghouls are just people who want to coexist with humans, and Anteiku’s manager helps Kaneki find his place in this new world. He also has some dubious help from Anteiku’s harsh waitress Touka. But some ghouls really are murderous monsters, and the half-ghoul half human tantalises their taste buds, while from the human side, there is the CCG organisation tasked with hunting down the monsters, and cleansing Tokyo of the ghoul menace, even if they’re just trying to fit in. But a half-ghoul half human might just be the bridge that the two sides need.

At the end of the apocryphal second season, Kaneki had joined the antagonistic Aogiri Tree group. But in the canon world, and prior to this series, he had suffered a traumatic head injury, and while benefitting from ghoul healing, had lost his memory. At the start of this series, the focus is on the CCG, and an experimental squad called the Quinx, the brainchild of a rather familiar doctor. These ghoul hunters are enhanced with ghoul implants, and are led by a rather familiar looking leader named Haise Sasaki. 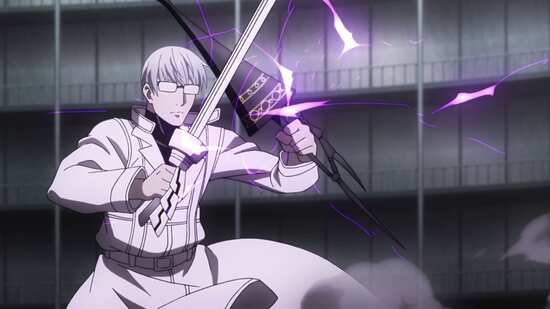 The concluding twelve episodes of Tokyo Ghoul: re are presented across two Blu-rays from All the Anime. 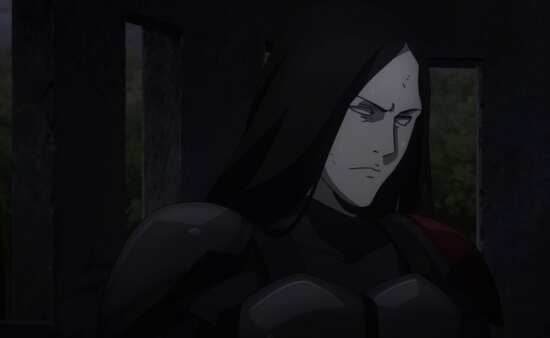 Tokyo Ghoul: re gets a 1.78:1 widescreen 1080p transfer, which is as you would expect from a Funimation disc. It’s clear and colourful, the animation is smooth and fluid, detail levels are good, and there is a smidge of digital banding. The character designs are appealing, and there is a sense of realism in the world design. There’s plenty of horror elements and gory action, in keeping with the previous instalments, and once again you don’t have to worry about censorship. 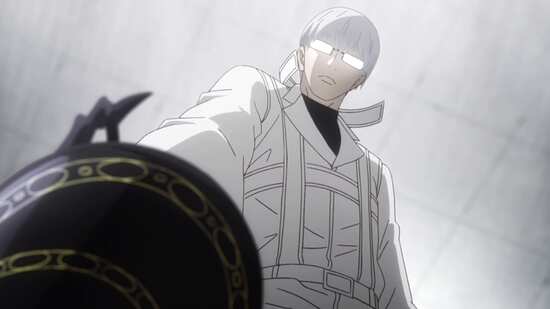 It’s the usual Funimation options of Dolby TrueHD 5.1 Surround English, and 2.0 Stereo Japanese, this time with subtitles and signs locked to the appropriate track. As usual for Funimation discs, the audio levels are a little lower than normal. I went with the Japanese audio, and was very happy with the experience, the actors were cast well, and the stereo gave enough space for the action, and the squelchy, bone crushing sound effects. The subtitles are timed accurately, and are free of typographical errors. 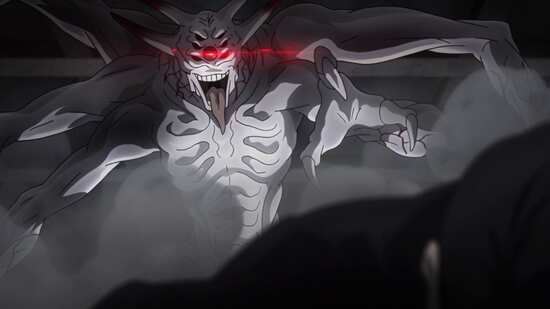 Disc 1 autoplays a trailer for Attack on Titan Season 3 Part 1.

There is a commentary on episode 21 with Mikaela Krantz (Mutsuki), Caitlin Glass (Kimi), and Philip Weber (Marude). 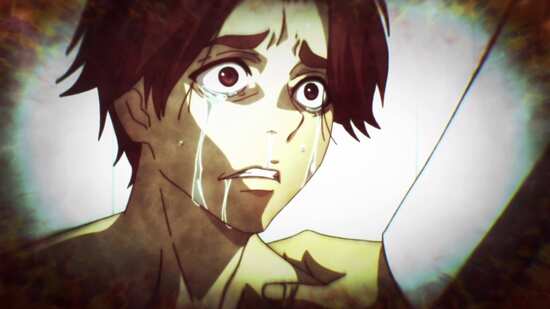 Tokyo Ghoul: Re Cast and Crew Answer Your Tweets lasts 12:28.

Finally there is the textless opening. 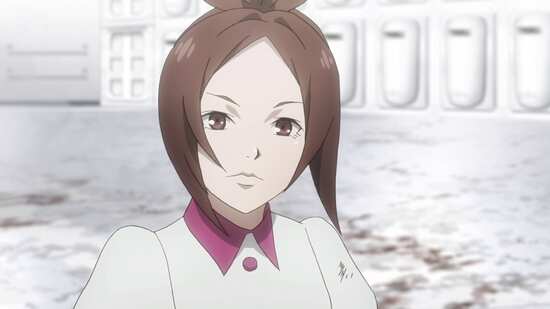 I had plenty of problems with this series, and you can read all about them in my review of Tokyo Ghoul:re Part 1, as they all apply here, all stemming from that narrative discontinuity between Season 1, Tokyo Ghoul √A, and this season. The second season did its own thing, and Tokyo Ghoul:re goes back to the original manga, but there’s a whopping big hole of missing canon material, and it’s made all the more confusing as the non-canon material in √A will clash with the characters and story in this season. So let’s say that my response to the conclusion to this third season will come as no surprise. 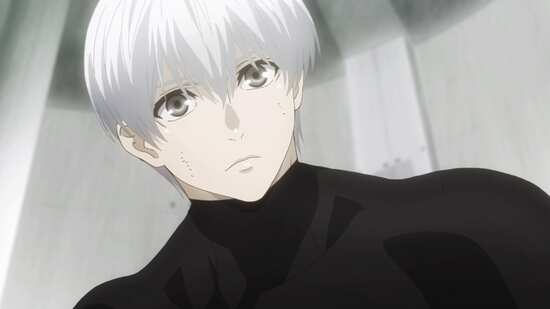 Although there is a surprise; I actually think that Part 2 is worse than Part 1. Now I’ve watched some esoteric stuff, I’m enjoyed shows like Texhnolyze and Serial Experiments Lain, Kyousougiga and Mawaru Penguindrum, and I have never been as lost as I have been with Tokyo Ghoul:re. While I held on for dear life with Part 1, this time I was actively looking for a teenager in the room to who I could ornery old man at, with a litany of “Who dat?” and “What’s happening now?” and “Why they do that?”. Through this set of twelve episodes, I had literally no idea who the good guys were and who the bad guys were. They all sort of blurred into one, the CCG wielding abilities identical to the ghouls, factions on both sides wearing black, and wearing white, and allegiances shifting like the tide. All I knew was that Kaneki Ken was the main character, and by default the good guy, but even my certainty in that regard wavered. Sheer character overload, and half remembered storylines from the first season, or non-canonical appearances in the second made investing in any of this completely impossible, and neither does the breakneck pace of the story. 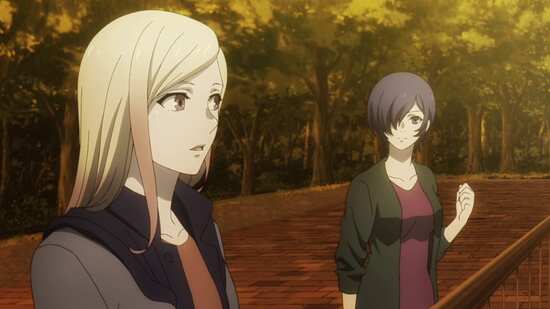 I have to say again, that the breathless pace of the story in this collection is no way to appreciate it or invest in the characters. It feels like a highlights package rather than a story. The only saving grace comes from the production values. It’s certainly pretty to look at, gory eye-candy that satisfies on an aesthetic level if not a narrative one. Personally I am disappointed in what started off as an appealing tale of two antithetical societies trying to co-exist, an allegory for racism, becoming a rather stale and worn shonen action trope by the end. Without any investment in the story, the clichés became ever more evident to me, and while I groaned at the levelling up final battle, my eyes actually rolled at the flashback to give the psychotic main villain a sympathetic background. 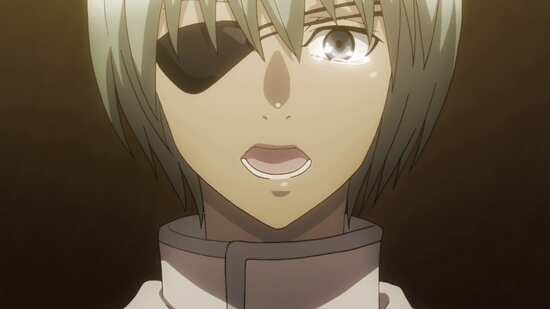 Tokyo Ghoul:re is something nice to have if you’re a complete and devoted Tokyo Ghoul fan. If you own the manga in its entirety then it might be nice to have a little dramatic animation to complement the final chapters in print, but there’s no way that this series can stand on its own.