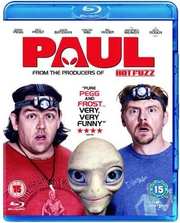 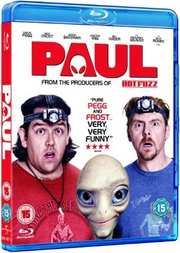 As a self-respecting geek, it should be some matter of shame that the whole Simon Pegg thing has passed me by. In my defence, I can only say that there’s just a finite amount of time to spend, and a whole lot of geek pursuits to spend it upon. When it comes to my experience with the work of Simon Pegg, it’s limited to three dispiriting Star Trek reboot movies, a handful of fun Mission Impossible films, and an episode of Doctor Who. It will come as a shock then, that I haven’t seen Spaced, and neither have I seen the Cornetto trilogy. That’s something I have long wanted to rectify, and have had the three films on my to-watch pile for over a year now. Don’t ask me to explain why I’m watching Paul first then.

Graham Willy and Clive Gollings are aspiring comic book writers and serious geeks, who after making a pilgrimage to the Mecca of the San Diego Comic Con have a plan to travel through the US, visiting all the UFO hotspots and highlights. The last thing they expect is to pick up an alien hitchhiker. Paul has just escaped from a government facility, where he thought he’d been a guest for the previous sixty years, until his hosts decided that it was time for the vivisection. He’s in urgent need of a getaway vehicle, and while Graham and Clive’s RV may not be the fastest thing on the road, he’s in no position to be picky.

With a mainstream film from 2011, you shouldn’t expect too many issues with the transfer, and this Universal disc certainly doesn’t give any that I can speak of. The 2.35:1 widescreen 1080p transfer is clear and sharp, with strong colours and excellent detail. There is no problem with compression or the like, while this is a rare film where the CGI hasn’t actually dated. The alien Paul looks and feels like a character in the film, not a digital creation. You have the choice between DTS-HD MA 5.1 Surround English and Dolby Digital 2.0 Stereo English audio descriptive, with optional English subtitles. The audio is fine, offering a nice degree of immersion into the film, with effects and action really livening the sound design up. There is also an eclectic music soundtrack with the film that is really quite appealing. 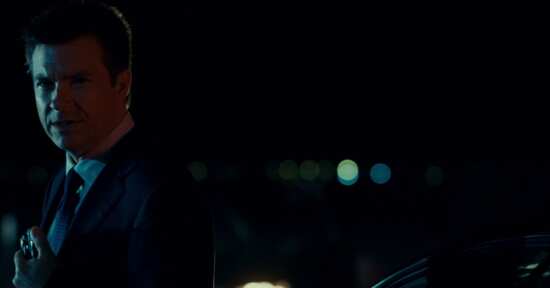 You get one disc in a BD Amaray which boots to an animated menu after an antipiracy thank you, and quite the decent package of extra features.

Between the Lightning Strikes: The Making of Paul comes in two parts, and in total lasts 40:04.

There are 8 Behind the Scenes Featurettes running to 62:49.

Then there are the trivial extras, like Simon’s Silly Faces (1:20), Who the Hell is Adam Shadowchild? (2:10), 3 Trailers and 9 TV Spots, and Galleries of Photos, Storyboards, and Posters.

Finally there is the Filmmaker’s Commentary with director Greg Mottola, Simon Pegg, Nick Frost, Bill Hader, and producer Nira Park on the Theatrical Version only.

I don’t know about the Cornettos, but there is one reason why I held out on watching Paul for so long, and that’s Ant and Dec’s Alien Autopsy. Just a few years prior to this, the cheeky chappies had tried to invade Hollywood in a Morecambe and Wise style, and failed to set the world alight. I saw a few frames of the film while channel hopping one night and was less than impressed. So when I heard of Paul, with two beloved English comic actors heading west to play with UFO mythology, I expected much the same. Thankfully Paul is a lot better than that.

Paul is a road movie, typical of so many set in the US, albeit a comedy, sci-fi, chase movie with a bit of romance too. We have the typical culture clash, with a couple of prototypical British geeks out of their depth in the US, picking up a little grey man on the run, bonding while helping him get to his destination, all the while dodging the corrupt authorities that pursue them; kind of a comedy Starman. Naturally they learn more about themselves and each other on the way.

The romance comes in the form of Ruth Buggs, the daughter of a trailer park owner with a fundamentalist view of religion, which gets shattered when she meets an alien from another world (that shouldn’t exist). She gets into one of those bumbling, awkward romances that occur when a Brit is involved, following the Hugh Grant school of love stories. It also becomes clear that in 2011, when this film was made, Jennifer Aniston had reached that point in her career where producers were asking casting agents to find “a Jennifer Aniston type”.

The film works because Paul is such a likeable, believable character, a laid back, easygoing alien who is perfectly assimilated into the culture, more so than Clive or Graham, inasmuch as he can act as mentor or geek guru to them. Of course being alien, he has some special abilities, which are presented with as much foreshadowing as you can get before you start yelling at the screen and rolling your eyes. Suffice it to say, the climax of the film came as no surprise. Also, the antagonists of the film are a whole lot of fun. You have a taciturn man in black, ominous as he pursues Paul, but there are a couple of younger agents who show a more geeky side. The pursuit is co-ordinated by a menacing voice on the other side of a radio or phone.

Where the film really succeeds is in the geek credentials. The Comic Con sets the mood, surrounding the protagonists with all manner of references and nods to sci-fi fantasy history, and the film doesn’t let up with the references thereafter, with a witty and delightful script. There are a couple of issues, not least the typical predictability of the story, but also there’s a running gag about two British men sharing an RV on a road trip ‘having’ to be gay which feels tired and rather lowbrow in a film which otherwise is smarter than, and funnier than the average Hollywood comedy. Paul gets an excellent presentation on this Blu-ray and comes with a nice selection of extra features. It’s well worth a watch.