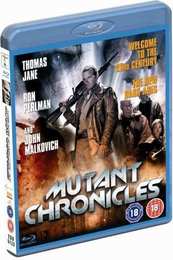 When I was a kid, it was easy to tell the a-list and b-list movies apart. The really big movies had budgets to match, had great special effects, and epic scopes, actors that you’d heard of, and meaningful stories that emphasised character development and drama over mere spectacle. The b-movies starred people that you’d never heard of, delivering variable performances, in low budget films made on rickety sets and cheap locations, and were invariably schlocky popcorn fare, where spectacle trumped story. 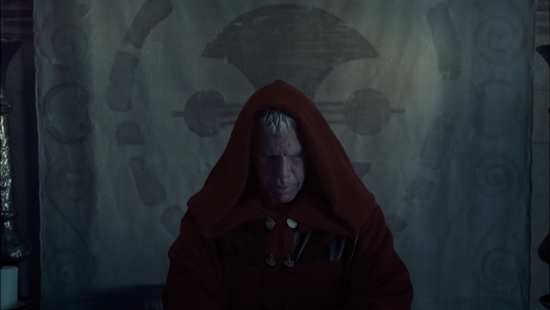 The first thing that happened with moves like The Towering Inferno and Jaws was that the big movies adopted schlock. Still the other things invariably held true. But now, we live in an age where all you need is to paint your studio green, and you can have the most epic, most grand sets and locations created in a computer to go with your story, and those recognisable actors are perfectly happy to slum for a couple of days in low budget movies, just as much as they seek the next, Oscar winning script. When I saw the names of Ron Perlman and John Malkovich alongside Thomas Jane and Sean Pertwee, I might be forgiven for expecting more than I eventually got from Mutant Chronicles. It is very much a b-movie wearing a-list clothing. 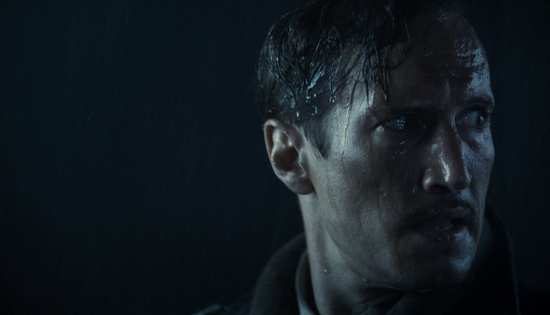 Long ago, after the end of the ice age, a machine came to Earth with a falling star, and started remaking man in its own image. The ancient tribes united, and defeated the machine, sealing it deep under the earth. That history was soon forgotten, except for one religious sect that has husbanded that knowledge for thousands of year, awaiting the fulfilment of prophecy that the machine will rise once more. 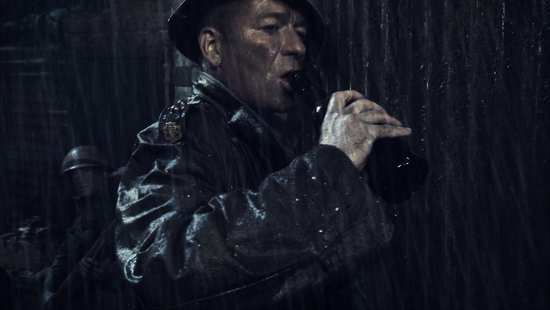 In the year 2707, the world is ruled over by four corporations, battling each other over the few resources left on the planet. It’s during one of these battles that the seal is broken, the machine revived, and its mission of converting man into mutant resumed. It’s beyond the capabilities of the four corporations, and plans are made for the elite to evacuate the planet, but Brother Samuel of the order entreats them to enlist volunteers to descend beneath the surface, to fight the mutants, and to destroy the machine once and for all. He wanted twenty... he gets six, including one cynic who doesn’t even have faith. 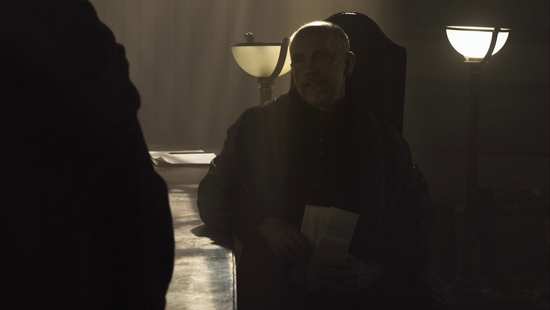 This release from Entertainment in Video fails to mention it, but the version presented on this disc is the Director’s Cut, some 12 minutes longer than the theatrical version.

The film is presented on this disc in 1.78:1 widescreen 1080p with the choice of DTS-HD MA 5.1 Surround and Dolby Digital 5.1 Surround English. You also have HOH English subtitles if you need them. The image is adequate, clear and sharp, with fair detail, but the prevalence of the digital backlot is immediately apparent, the heavily graded image with its muted palette is stylised to the point that it becomes a distraction, the effects can be creaky, particularly the CG blood splatter and gore, and there is a bit of banding too. None of this is as problematic as the clunky and obvious editing though. The surround audio is okay, although the mix could have been better. The action comes across well, as does the music, although it is instantly forgettable. The dialogue is mostly clear throughout. 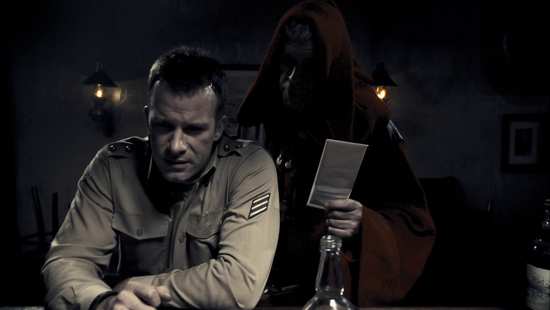 You get the disc in a BD Amaray case. The disc autoplays trailers for Elegy, The Women, He’s Just Not That Into You, and Pride and Glory, before booting to an animated menu. 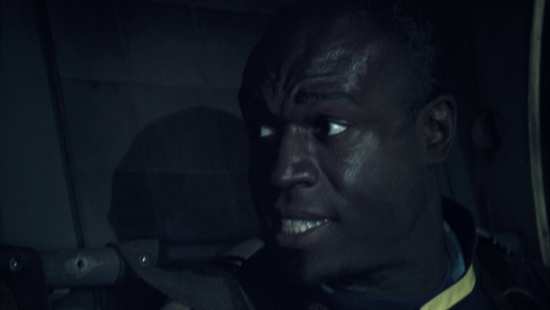 On the disc, you’ll find 25:14 of Interviews with the cast and crew, and 6:51 of b-roll footage in Behind the Scenes. All of the extras, including the front-loaded trailers are presented in 576i. 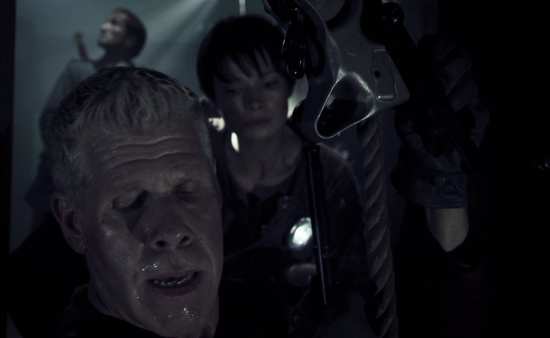 I have a soft spot for b-movies. Anyone who has The Guyver in their collection can’t be accused of elitism. The thing about films like The Guyver, Dark Angel, Tank Girl, Space Truckers and The Ice Pirates is that they are fun to watch, and also look as if they were fun to make. You get none of that with Mutant Chronicles. Much of that will be down to how it was filmed, the digital backlot that delivered its epic scope and visual effects. It’s probably harder to have fun when you can’t see where you are acting, or with what you are interacting. It’s the sort of thing that made the Star Wars prequels so dry, and why I find watching films like Sky Captain and Sin City such a slog. The trouble is that unless you want to film the whole thing in a quarry, you need the digital backlot to get this story made on a budget. 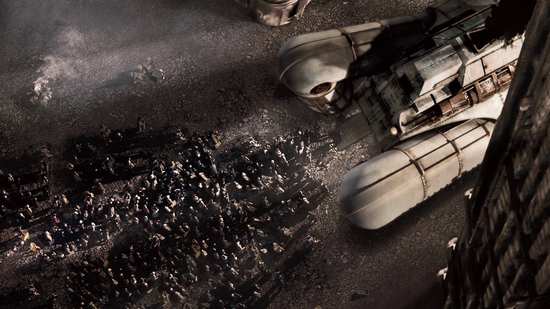 Mutant Chronicles is based on a role playing game, and one of those archaic, paper and dice RPGs at that, although its popularity has spun off into other media before being made as a feature film. You can tell that it has a great back story and detailed world building with the preamble to the film, and the future world it presents is a pretty impressive, future-retro steampunk idea, with the battles fought in the trenches, calling back to World War One, while coal powered spaceships hover over the battlefield. Everything seems run down and on its way out. There are no computers, no electricity; it all seems archaic and decrepit. Visually Mutant Chronicles plays with some interesting ideas. 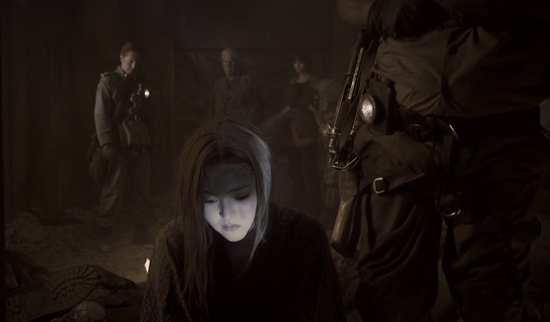 Yet it also falls down visually as well, when it comes to the quality of the special effects (some of which glitch at times), and especially the mutants, who all look like people with bad complexions, big teeth, and a spike where one arm should be. They’re actually not that intimidating when it comes to the overall pantheon of movie monsters. The film falls down in terms of narrative when it comes to character development. There’s not a lot of it, and when it comes down to it, none of it matters, and neither does the back story. What the film is about, is a team of disposable, wafer thin entities, recruited to travel to the heart of the machine, facing whatever challenges lie in the way, and then destroy it. It’s a role-playing game quest turned into a movie, only you don’t get a barbarian, archer, healer, mage, and ranger on the team, you just get six soldiers and two clerics, and one of those has taken a vow of silence. It’s very linear, and really quite soulless an experience. 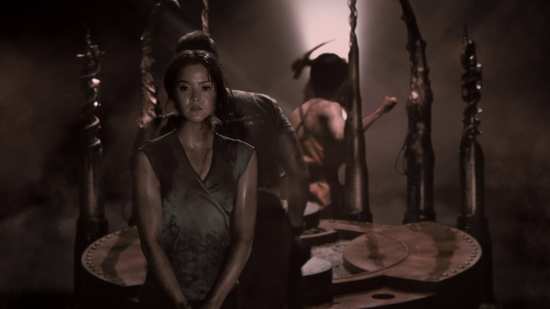 Mutant Chronicles isn’t a great movie, and neither did I expect it to be. But I wanted it to be more fun than it is. The disc itself is watchable, but nothing to write home about, although most of that will be down to the source material. If you’re going to watch a b-movie, make sure it was made pre-digital.