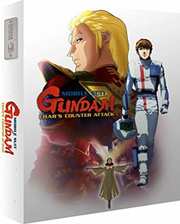 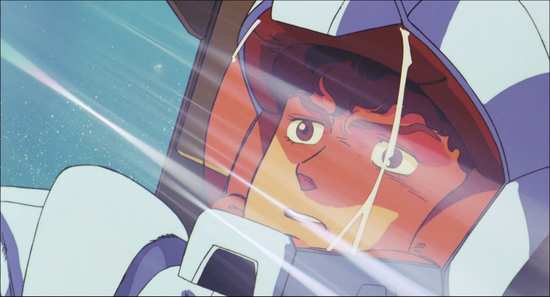 If you like the old-school Gundam franchise, you’re going to really enjoy ‘Mobile Suit Gundam: Char’s Counterattack’, a feature length film which neatly sandwiches the early period, 70’s and 80s Gundam with its later incarnations. Narratively, it takes place a decade after the events of Mobile Suit Gundam ’79 Movie Trilogy, Zeta Gundam and Gundam ZZ, but unlike the earlier movies this one isn’t a compilation of previously enjoyed episodes but is a bonafide stand-alone movie which offers a grand finale to the original series' run.

What’s especially nice about the film is that, whilst it is unarguably a transition piece in terms of style, and was released in 1988, it’s still very much in the old-school look and feel and delivers a warm nostalgic frisson for those who are partial to some 70’s anime – like me. 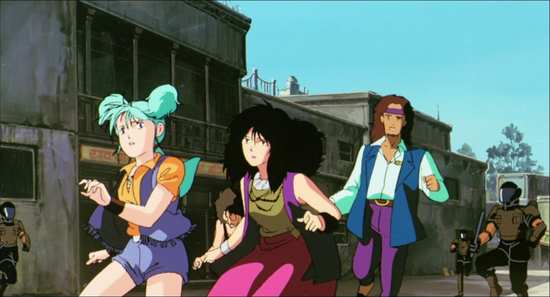 It's been described as the final chapter in the so-called “Universal Century” timeline, and takes place in the year UC 0093. Char Aznoble has now seized control of Neo Zeon (a planet-like space station that is a virtual mini-world) and has come to the horrific conclusion that humanity is a virus on Planet Earth and must be wiped out. 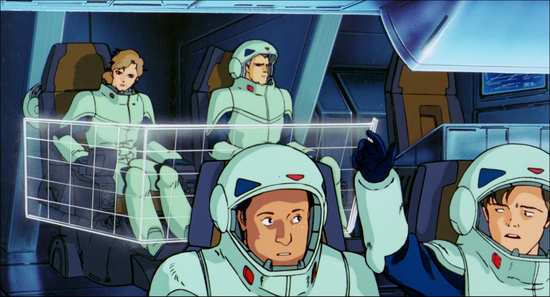 So his plan is to crash an asteroid into Earth to make that happen. Having succeeded in crashing one into Tibet, he knows that a bigger one is needed to cause the total destruction he craves.

Earth, on the other hand, is clearly not going to simply sit back and take it. Amuro Ray, a ‘New Type’ (who instinctively know how to pilot giant fighting robots, or Mobile Suit Gundams, without any training) and his commander, Noa Bright, both members of the Londo Bell Task Force, are ready and waiting. 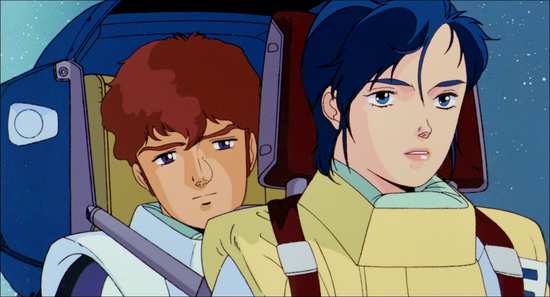 Commander Bright goes against military advice and wades in to pick up survivors from the Tibetan asteroid crash, including his own son, Hathaway. They also pick up a politician’s daughter called Quess Paraya who goes a bit gooey eyed every time Amuro is around. That is, until she has a change of heart and joins Char’s team, revealing herself as a ‘New Type’ in the process, which means she is soon placed on the front-line, putting her in direct conflict with Amuro. 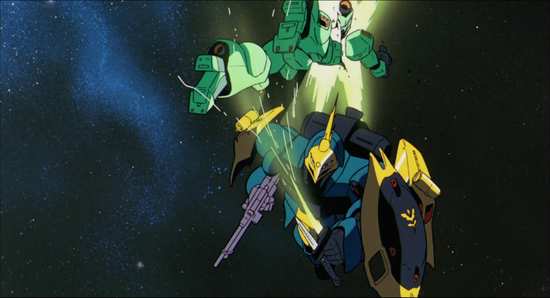 Amuro pilots a brand new type of Gundam, again with no instruction, which has intelligent software to amplify a ‘New Type’’s skill levels.
In the meantime, Char and his domain, Neo Zeon, agree a treaty where they say they will disarm their fleet entirely in exchange for Axis, a giant asteroid. Once agreed, Earth realises that Char has every intention of using the asteroid itself to pulverise Earth – instigating a final battle between Char and Amuro. 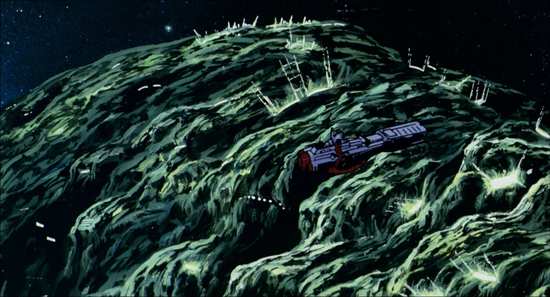 From then on in, it’s non-stop, old school mecha-action.

Will Amuro be able to battle Char to the death in his new Gundam? And even if he does, can he destroy the Axis asteroid before it finally collides with Earth? You’ll have to watch to find out as I’m not going to spoil what is, essentially, the core narrative of the film in this review. Needless to say, it's a close call. 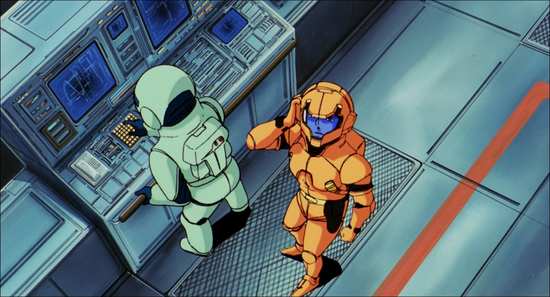 If you like the Gundam franchise and know what you’re likely to get, then rest assured, this film delivers on all fronts. If Mecha action leaves you cold (which, for the most part is My Reviewer’s anime expert, Jitendar Canth’s position) then stay away. You have been warned! 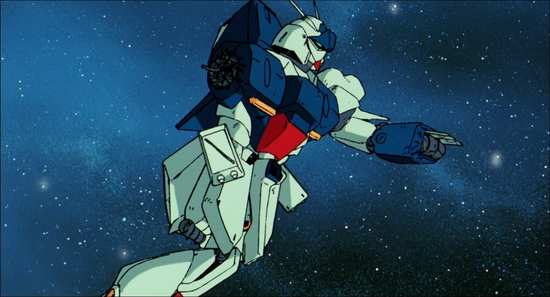 The picture quality here is excellent, especially for such a vintage anime, and the audio is perfectly adequate too, with a good English American voice cast and a Japanese audio with English subs option too.

There are very few on-disc extras (trailers for the film and and some other releases) but if you are lucky enough to pick up the limited edition release, you can expect a rigid case, 5 art cards and a poster – none of which I’ve seen, bit they look pretty good in the publicity shots. 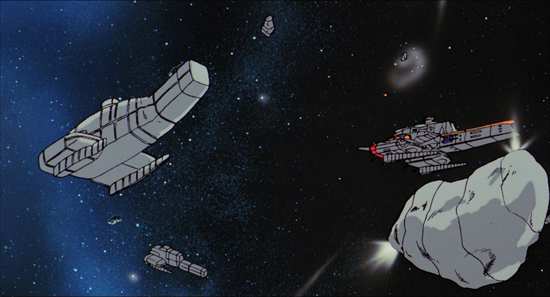 ‘Mobile Suit Gundam: Char’s Counterattack’ is a worthy finale to a great series which, despite offering up a fairly distinct conclusion, was to resurrect itself again and again in future years (thankfully) with new ‘chapters’ of the great saga. It’s a lot of fun and worthy of a second watch, possibly when I get around to re-watching the previous three ‘films’ (truncated versions of the original series). If you like ‘Gundam’, you’re going to love this.