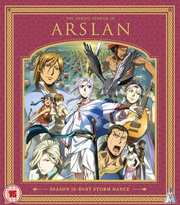 Review for The Heroic Legend Of Arslan Season 2 Collection

It’s easy to criticise anime distributors, and anime fans are a particularly finicky and critical bunch. Your average supermarket shopper won’t be inclined to complain about the size of ratings logos or the artwork on a menu screen, but then again, your average supermarket shopper isn’t asked to shell out over 30 quid on a new release, 50 if it’s a collector’s edition. But one distributor it is so easy to complain about is Funimation, and for many reasons. The reason I have in mind right now is the distribution of their titles in the UK. They’re like the neighbourhood cat. 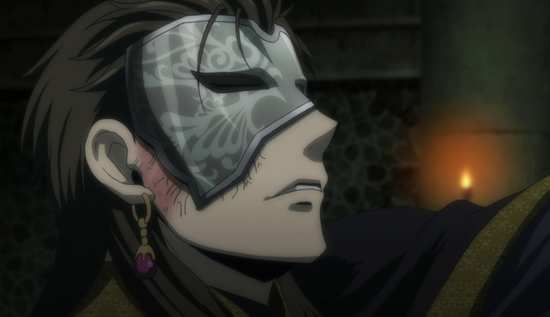 When I first started watching anime on DVD, Funimation titles came out almost exclusively through MVM. Then halfway through the release of Full Metal Alchemist, they were bought by Navarre, who decided to keep things in house. They switched distribution to another Navarre company in the UK, Revelation. That didn’t work so well, as Revelation didn’t have the reach of a dedicated anime distributor. So after a couple of years, Funimation hooked up with Manga Entertainment, and after a faltering start, things looked really rosy for Funimation titles in the UK, except for a couple of hiccups in the early days of UK anime Blu-ray. 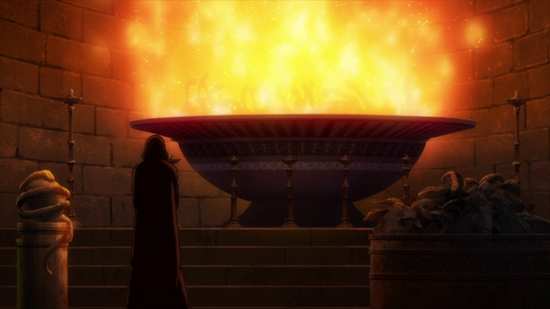 Then Funimation bought themselves independent again, and dropped Manga like a bad egg. They now went with the new kids on the block, Anime Limited. And once again, things were good... for a while. Then in the US, Funimation started distributing their titles through Universal, so they thought to give that a try in the UK too. All of a sudden, high profile titles were getting lavish and cheap collector’s editions through Universal, My Hero Academia, Seraph of the End, and The Heroic Legend of Arslan, with more promised. Only that wasn’t exactly a sustainable business model. 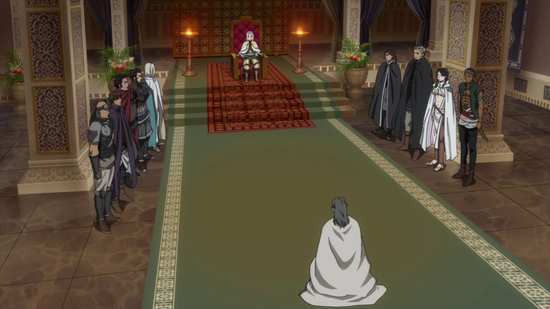 Last year Funimation were bought out by Sony, who apparently want to take over the anime retail world. Sony are a distributor in their own right, so bye-bye Universal, adieu Anime Limited, and prepare for a deluge of Sonymation releases. Only they did the whole cheap collector’s edition mistake again, doubling down by making Attack on Titan S2 single retailer exclusive. Right now, Funimation titles trickle out through Manga, Anime Limited and MVM, liable to be delayed or cancelled at the drop of a hat, but we are really missing out on the major volume of titles that are released in the US and Australia. Funimation feels like a company that has burnt all its bridges in the UK, and hasn’t the slightest idea what to do next. 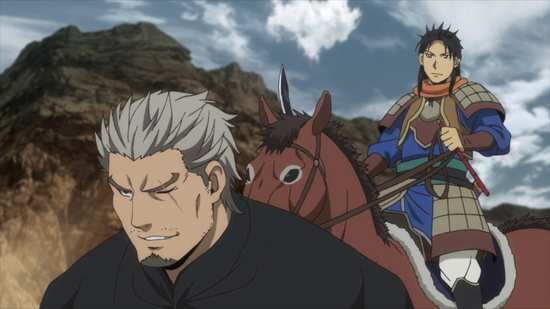 Remember those lavish titles that Universal promised us following their first three? Well most of them have fallen to MVM to distribute, and following Starmyu, they are also releasing the second season of The Heroic Legend of Arslan. I haven’t seen the first season; I just don’t have the room for Universal’s ridiculous boxsets, and neither have I seen Manga Video’s release of the original Heroic Legend of Arislan (note spelling). All I know is that it’s some ridiculous mish-mash of history and fantasy. Hence why I opted for a Funimation history lesson to kick off this review, as I doubt the rest of it will be as interesting. 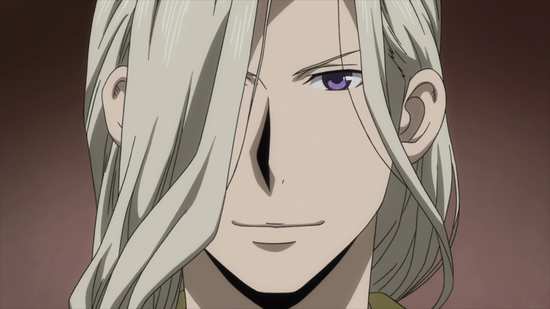 When Crown Prince Arslan saw his kingdom fall to the forces of Lusitania, his father the king imprisoned, he had to learn to become a warrior, a leader way before he was ready. But he had finally come into his own, gathered a loyal band of allies, and started on the long road to reclaiming his kingdom. In the second season of The Heroic Legend of Arslan: Dust Storm Dance, Arslan learns that victory can be far more bitter than defeat. 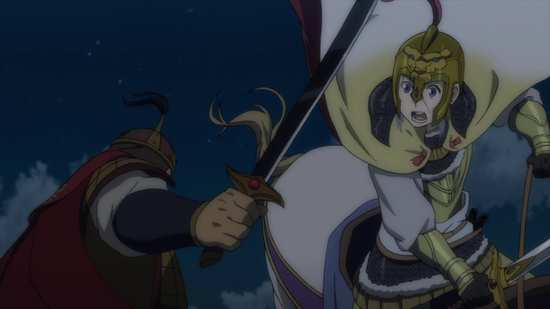 The eight episodes of The Heroic Legend of Arslan Season 2 – Dust Storm Dance are presented on this Blu-ray disc from MVM.

1. The Turanian Army Invades
2. The Monarch Versus the Conqueror
3. Journey Horse, Sad and Solitary
4. A City of Land and a City of Water
5. Parting of Ways
6. Calamity of Kings
7. The Rainbow City
8. Dust Storm Dance 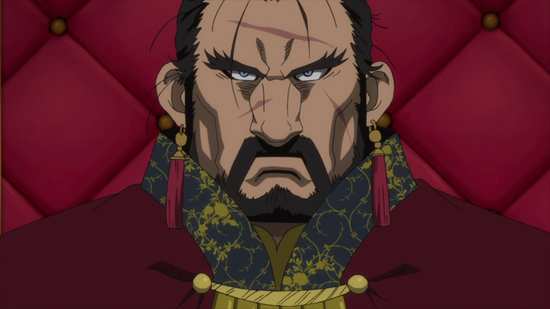 The Heroic Legend of Arslan gets a 1.78:1 widescreen 1080p transfer on this disc. The first thing that you’ll note is that once again, CG anime armies suck, especially the horses. Arslan feels like a poor man’s Berserk in that respect, and given how bad the Berserk reboot is, that’s saying something. Worse, Arslan uses CG for background characters in some smaller fight sequences that are even more jarring. Otherwise the image is clear and sharp, bright and colourful, with smooth animation, and blighted only by the occasional digital banding. This second attempt at animating Arslan is based on the recent Hiromu Arakawa manga adaptation, and you can sense a little Full Metal Alchemist style in the character designs. 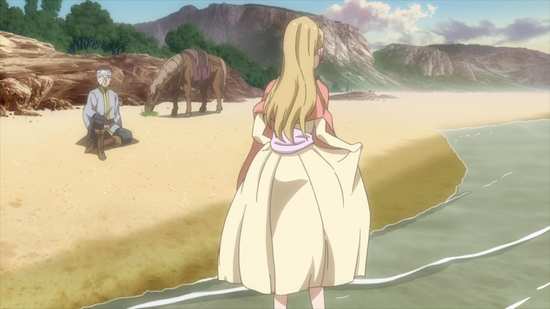 You have the choice between Dolby TrueHD 5.1 Surround English and 2.0 Stereo Japanese with subtitles and signs locked to the appropriate track. I was happy enough with the original language and the stereo does enough to bring out the action sequences in the show. The show’s music also impresses with how it reflects the tone of the piece and enhances the emotional moments. The subtitles are accurately timed and are free of typos. 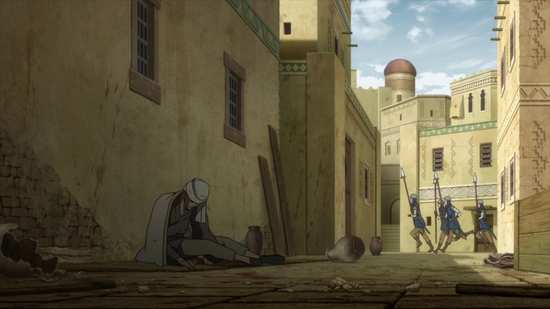 The disc presents the episodes with a static menu, which loads following a trailer for The Record of Lodoss War.

There are quite a few extras on the disc, beginning with the audio commentary for episode 7 from Chris Bevins (Narsus), Aaron Dismuke (Arslan), Aaron Roberts (Shaghad), and Ricco Fajardo (Daryun). 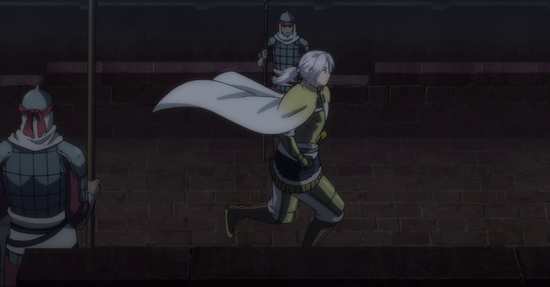 You get six short comedy animations, Corporate Warrior Arslan, which re-imagines the characters in a modern office setting. In total there is 25:17 worth of content here.

You get the ubiquitous textless credits, and Funimation trailers for Dragon Ball Z Super, Yona of the Dawn, Code Geass: Akito the Exiled, and Regalia: The Three Sacred Stars. 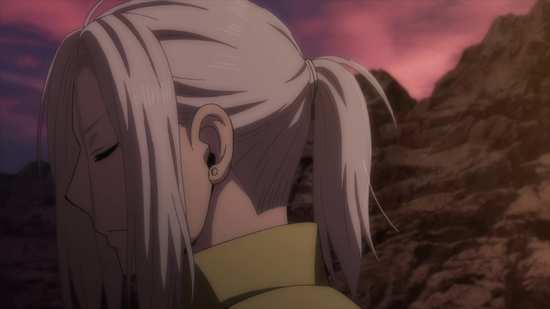 There are two problems with The Heroic Legend of Arslan Season 2: Dust Storm Dance. The first is that it’s open ended, with no sign of a Season 3 on the horizon as yet. You don’t want to be left hanging with this story, but this disc ends on as epic a cliff-hanger as you can imagine, with a family about to go to war. Believe it or not, the other problem is even bigger. You really need to have seen Season 1 to appreciate this second season; otherwise, it’s so much names, faces, and character relationships reliant on back-story that you don’t have, that I have to say that it’s just tedious. 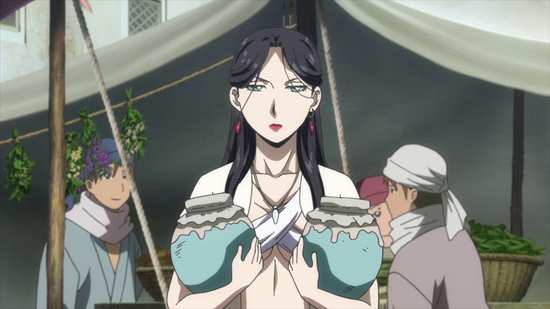 I do admit though that by the end of the second episode, I was online, looking to source the first season. The UK release from Universal is pretty decently priced, but there is so much stuff with it, board games and other stuff that (first world problem) I just don’t have room for it. I would really be throwing everything but the discs in the bin at this point, which is not only wasteful, but it would deprive a fan who would appreciate the accoutrements more. The US release is Region AB, but Funimation seem to be behind their usual re-release schedule; it hasn’t even received a collected Season 1 release yet, let alone a budget re-release. It would cost some three times more than the UK release to import, and you’d get a lot less (contradictory I know). 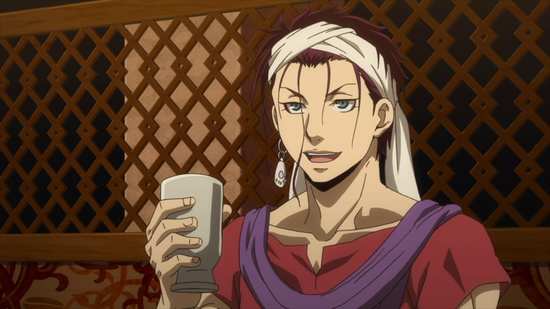 But if you have invested in the Universal release, or have bought into the first season by any other means, then Season 2 is a must have addition. While I couldn’t really get into the story other than on an episodic level, I have to say that the storytelling is really tight, the characters are developed in an interesting way, and the narrative has an epic feel to it approaches the level of a saga. There is character overload to be sure, and the story popping up captions naming and describing roles and statuses helps a little, but there’s always a need to look back to the first season to really explain who these people are and what their motives and goals are. 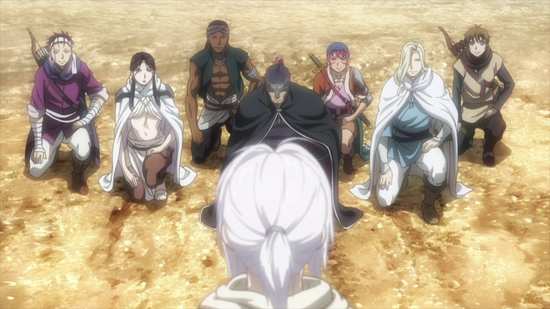 When we first encounter Arslan and his group here, they are the reinforcements protecting an outlying city of the kingdom of Pars from attack by invading nomads. This quickly helps establish the credentials and skills of the characters, their ability to work together and offers a shorthand as to their individual quirks. It’s a nice reintroduction to the characters for existing fans, if not really that useful for newcomers. It seems the capital city is still held by the Lusitanian invaders, but the King of Pars, Arslan’s father Andragoras manages to escape. But when he reunites with his son, rather than praising his ingenuity and independence in continuing the fight, he accuses him of usurping the king’s power, treason. 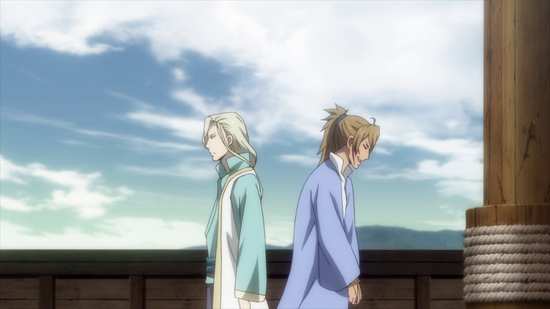 He charges Arslan with heading south and single-handedly raising an army of 50,000, or exile by any other name. Arslan’s entourage defy the king and join him in heading south, to help him fulfil the command. Most of the series is then focused on the port city of Gilan where Arslan ends up. But before he can raise the army, he has to deal with the corruption in the port that has arisen ever since the capital fell. 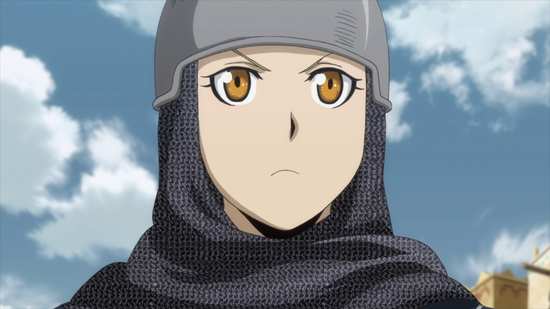 It’s an effectively-paced story, told well and animated well too, despite the janky looking battle scenes. The problem for this Arslan neophyte is that it may as well be in shorthand. So much of it is built on the first season that it’s just impenetrable. I didn’t have that problem when it came to watching My Hero Academia Season 2 without having seen season 1, but this does reiterate that Universal’s brief foray into releasing anime in Collector’s Editions has a drawback. Those shows, Academia, Seraph of the End and most importantly here Arslan, all need standard edition releases too.