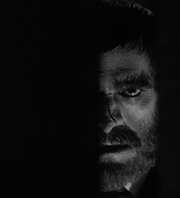 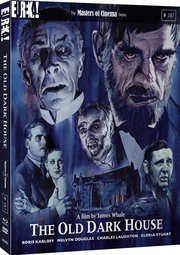 DVD
Old Dark House, The (US) 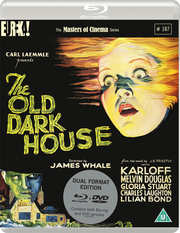 Synopsis:
A group of weary travelers, a spooky mansion, and a madman on the loose upstairs! Director James Whale’s (Bride of Frankenstein, The Invisible Man) The Old Dark House is one of the best and most entertaining horror films of the 1930s. Dripping with atmosphere and packed to the brim with thrills, chills and gallows humor, it was considered lost for many years but is now being presented with a stunning new 4K restoration.

Caught in a storm whilst journeying through a remote region of Wales, a group of travelers takes refuge in a sinister mansion inhabited by the bizarre Femm family and their mute butler, Morgan (played by the iconic Boris Karloff, Frankenstein, The Mummy). Trying to make the best of a bad situation, the group settles in for the night, but the Femm family have a few skeletons in their closet, and one of them is on the loose…

With an incredible cast, including Melvyn Douglas (Hud, Twilight’s Last Gleaming), Gloria Stuart (Titanic) and Charles Laughton (Witness for the Prosecution, Ruggles of Red Gap), The Masters of Cinema Series is proud to present The Old Dark House in a special Dual Format edition, the first time the film has been available on Blu-ray in the UK.

Special Features:
Limited Edition O-Card (first pressing only) featuring artwork by Graham Humphreys created especially for the 2018 UK theatrical release
An exclusive video essay by critic and filmmaker David Cairns
Feature length audio commentary by critic & author Kim Newman and Stephen Jones
Feature-length audio commentary by Gloria Stuart
Feature length audio commentary by James Whale biographer James Curtis
Daughter of Frankenstein: A Conversation with Sara Karloff
Curtis Harrington Saves The Old Dark House - an archival interview with director Curtis Harrington about his efforts to save The Old Dark House at a time when it was considered a lost film
Eureka! trailer for the 2018 theatrical release of The Old Dark House
A collector’s booklet featuring the new essay by critic Philip Kemp, as well as an abundant selection of archival imagery and ephemera.