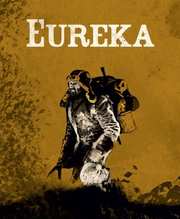 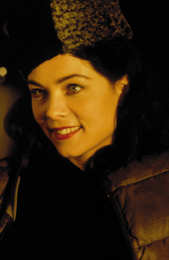 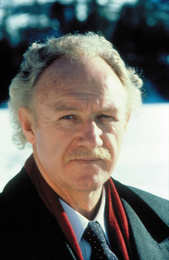 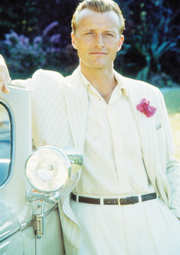 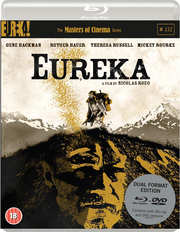 Synopsis:
Eureka Entertainment to release EUREKA, Nicolas Roeg’s unsung masterpiece featuring Gene Hackman, Theresa Russell, Rutger Hauer, Joe Pesci and Mickey Rourke, on Blu-ray for the first time in the UK, in a Dual Format edition as part of The Masters of Cinema Series on 28 March 2016.

One of the most revered figures in modern cinema; Nicolas Roeg’s Eureka was barely released at the time of its making and overlooked by critics. Now, three decades later, it returns to reclaim a place among both the front ranks of Roeg’s work and as one of the most extraordinary studio films of the 1980s.

Twenty years after uncovering an unimaginable bounty of gold in the Klondike, prospector Jack McCann, now settled in the Caribbean, finds both his wealth and soul at stake amongst a sinister web of nefarious influences, spiritual malaise and criminal elements.

A saga of almost cosmic proportions, headlined by an exceptional cast including Gene Hackman, Rutger Hauer, Theresa Russell, Mickey Rourke, Joe Pesci and Joe Spinell, Eureka is as powerfully acted, formally audacious, thematically layered and emotionally complex as any of Roeg’s work. The Masters of Cinema Series is proud to present the film in a Dual-Format special edition.

He found his fortune…but at what cost?