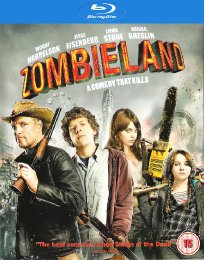 Blu-ray
Men in Black I and II

I never thought that I’d be interested in zombie comedies as a genre, until I saw One Cut of the Dead. Let’s face it, I’m not a horror fan to begin with, and of the various permutations of horror, zombies are my least favourite. But One Cut of the Dead is all levels of brilliant; I strongly recommend that you watch it. And it got me interested in other such horror comedies. I tried Shaun of the Dead, which was funny, but didn’t quite match up, and quite recently I found this, Zombieland in a bargain bucket. I think I may be exhausting the supply of zom-coms at an early stage. Let’s see how this 2009 film fares before I commit to seeking out its 2019 sequel. 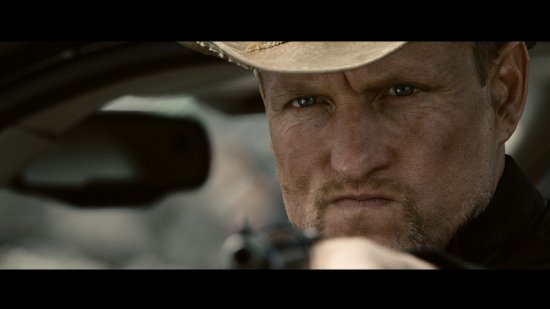 The zombie apocalypse happened; the world turned to hell overnight when a deadly pathogen got loose, but who would have thought that being a nerdy, antisocial shut-in would be a survival trait. One such guy has even worked out a set of rules to help him survive, and he’s making his way home to Columbus, Ohio in the hope of finding his parents alive. On the way there, he encounters a guy with a bad attitude, an arsenal, a talent for killing zombies, and a craving for Twinkies. He’s heading for Tallahassee and he offers the nerd a lift. This not being the kind of world where sharing life stories and making conversation is advisable, they decide to call each other by their destinations. Then Columbus and Tallahassee run into a couple of con-artists in a supermarket, sisters Wichita and Little Rock, who promptly steal their ride. 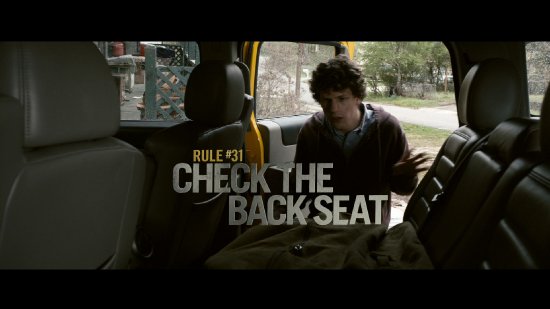 Zombieland gets a 2.40:1 widescreen 1080p transfer, and you have the choice between DTS-HD MA 5.1 Surround English and French, DD 5.1 Surround English Audio Descriptive, with the choice of English, French, Arabic, Danish, Dutch, Finnish, Hindi, Norwegian and Swedish subtitles. The image is clear and sharp, detail levels are strong, and there’s no sign of visible compression. The stunts and action come across well, and the effects work really well also. The audio is fine, the dialogue is clear throughout; the action is immersive, making good use of the soundstage. 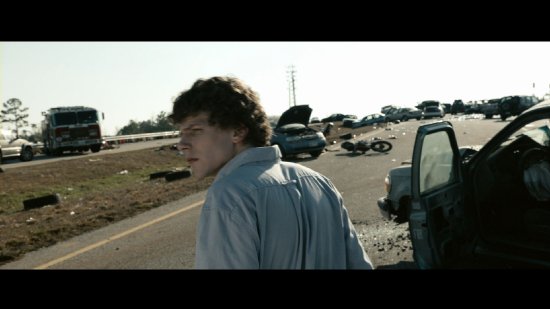 You get one disc in a BD Amaray case, and there is some inner sleeve art to look at. The disc boots to an animated menu. The film offers some Movie IQ functionality, whatever that is... 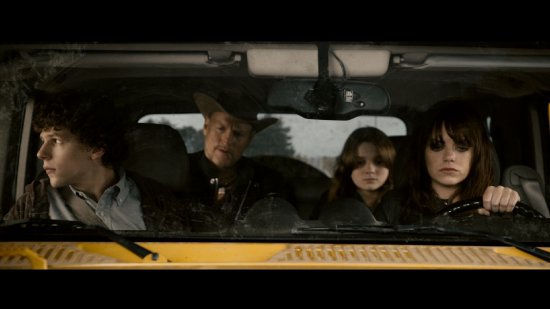 Beyond the Graveyard – Picture in Picture Track
Commentary with Woody Harrelson and Jesse Eisenberg, director Ruben Fleischer, and writers Rhett Reese, and Paul Wernick
In Search of Zombieland (15:57)
Zombieland is Your Land (11:59) 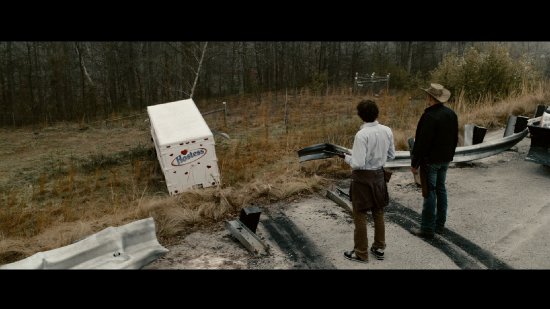 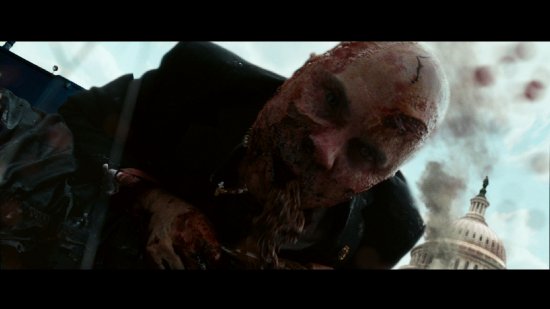 I think that my brief dalliance with the zombie-comedy genre comes to an end with this film. It turns out while that One Cut of the Dead transcends its genre, and Shaun of the Dead brings an ironic British sensibility to a typically American set of tropes, Zombieland feels a little more generic. Sure the comedy is there, with four unlikely characters coming together for an odd road trip through a zombie infested US. The film also manages to balance its horror, action and comedy with a deft hand, allowing the humour to come from the characters and the situations, rather than ever feeling forced or out of place. 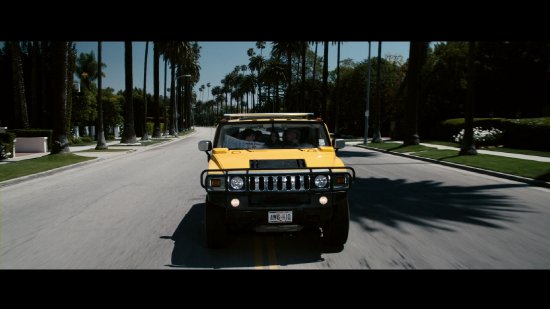 They are a band of unlikely heroes though, beginning with Columbus, who narrates the movie. He’s a nerdy shut-in, notably anti-social, and in some ways predisposed to a zombie apocalypse. As the film unfolds, we learn of Columbus’ set of rules to survive a tide of zombies, and the various instances where those rules apply are highlighted with on screen graphics, deftly edited into the film, usually in fatal instances of those rules not being followed. He’s anal, and has a tendency to babble, which makes him an unlikely travelling companion for Tallahassee, a man on a mission to find Twinkies to eat before the expiry date renders the food group extinct. He also wants to dispatch as many zombies in as many inventive ways as possible. He’s taciturn otherwise, and has the demeanour of a psychopath, but it turns out that he has a sensitive background that has driven him on his crusade. 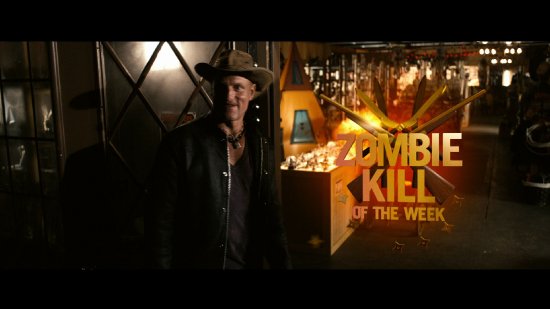 It isn’t long before they encounter Little Rock and Wichita, sisters who before the end made their living conning the gullible, and with that comes an inability to trust and a predisposition to criminality. Their first instinct is to rip Columbus and Tallahassee off, and following a stretch of tit for tat, they finally find some common ground as they head West together, driven by a hope and belief that somewhere in California is a haven free of zombies. 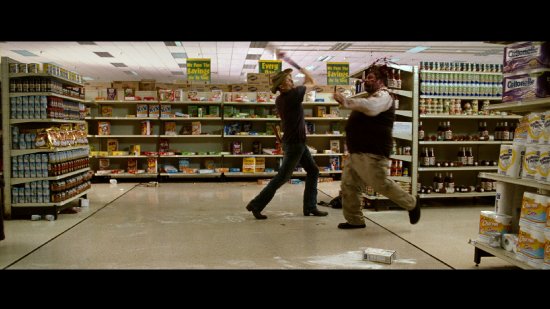 I enjoyed Zombieland, it has a nice pace to it, I like the characters, and it has a lively sense of humour. But it feels very much like just a funny zombie movie, and nothing else. I guess I’ve been spoilt by One Cut and Shaun of the Dead, two films which pushed the limits, and did something more than just the usual clichés of the lumbering dead. Zombieland’s sole unique selling point is a well accomplished cameo, but aside from that, the story is really quite mundane. The Blu-ray does the film justice, with excellent presentation and a fair set of extras.

Definitely try the dead don't die, genius of a film with amazing cast and a couple of surprises for a comedy zombie movie
posted by mbilko on 9/11/2021 22:47