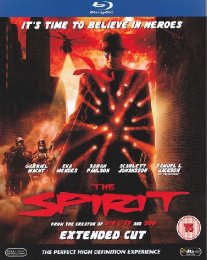 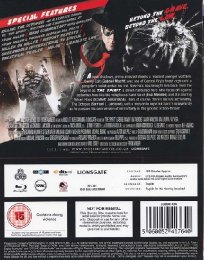 The Spirit: Extended Cut Back Cover

Having written 300 and Sin City (the latter he also co-directed), Frank Miller obviously fancied himself as a bit of an expert on the ultra macho CGI-infused comic book adaptation film so turned his hand to Will Eisner's The Spirit comics from the 1940s and 50s. Not only taking on the role of director, he also wrote the screenplay for the film of the same name.

The film stars Gabriel Macht as Spirit, a cop who is killed and left for dead but amazingly came back to life, fought his way out of the coffin and now takes on the mantle as Central City's guardian or Spirit.  With a domino mask he works with the police in the flimsiest of disguises, with his nemesis being the Octopus (Samuel L Jackson) a criminal of some standing (which is never quite fully explained) and the two have an early run in over something to do with 2 boxes.  The tone is set for this fight when The Octopus hits the Spirit over the head with a toilet, Spirit hits the Octopus over the head with a giant anchor in a mudpool and then shoves his head under the mud and punches him in the face no fewer than 21 times - yes, I counted.  And then the film begins.

It turns out that one of the boxes contains the blood of Heracules (although later on someone questions whether this is Hercules) and they don't seem sure which.  The other contains something shiny which Sand Saref (pronounced like the font) played by Eva Mendes is after.  She is a collector of jewellery and other trinkets and wants this thing because it is the shiniest of shiny objects.  The Octopus wants Heracules' blood because that will make him fully immortal.  He seems to be semi-immortal just as Spirit is and the two are somehow joined, though this too is never fully explored.

It was evident early on that the tone was uneven and I was never sure whether this was a comedy that wasn't funny or a drama that was unintentionally amusing, but never enough to make me laugh.  It looked a little like a spoof of Sin City as they both employ all the visual trickery like stark blacks and whites, sharp cityscapes, people standing on rooftops, odd flashes of colour.  Spirit wears a red tie so when we see him in the distance some shots are just a black figure against a grey background with a bright red tie.  In other shots involving salt there are bright white footprints and some shots are framed with a white character against a black background.

The Octopus is obviously meddling in genetic engineering and there's a series of henchmen, all disposable and all identical although with a variety of similar names played by Louis Lombardi (who I last saw as a cop in The Usual Suspects).  It is an extraordinary film for no other reason than it has some actors who can really act - Samuel L. Jackson, Eva Mendes, Scarlett Johansson - but they don't seem to know what to do here. It doesn't help that they are given such dreadful lines by Frank Miller who obviously can't write screenplay and it seems that the credit for the 300 and Sin City adaptations must go to Zack Snyder and Robert Rodriguez respectively.  They are all fine actors with the exception of Gabriel Macht who is apparently a musician who occasionally acts. 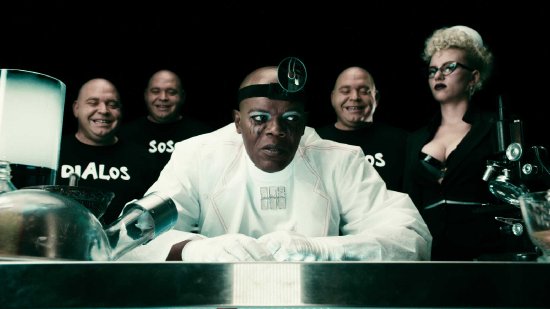 In one unbelievable scene I didn't know whether to laugh or be offended; the Octopus has captured Spirit and because they are almost immortal plans to do away with his nemesis by chopping up and posting his body parts to all corners of the globe.  While dressed in SS fetish gear and standing in front of a huge column on the top of which is a huge eagle and swastika, he tells Spirit his dastardly plan.  Nowhere is it explained whether the Octopus is a Nazi or why Samuel L. Jackson (obviously black) would do such a thing.  I didn't know whether it was supposed to be comedic and whether because the actor is black that makes it more or less offensive. It is a ridiculous scene and features a character called Plaster of Paris (Paz Vega).

With such names as the Octopus, Sand Saref, Plaster of Paris and Silken Floss, you would think this was a comedy but it is played straight and I was beginning to think this was a spoof of Sin City.  The only thing that prevented me from giving up on the film was that I was waiting for a scene or even an intertitle at the end of the film, before the credits where there was a 'Ha ha! Gotcha!  This was a comedy you've been watching as a straight film all the time'.  There isn't one.  It thinks it's something clever, something smart, something to be considered alongside Sin City and 300 which are far more visually impressive, they are better written, better directed, better acted and have much more to them. This is almost like Sin City-lite.  It has the same sort of voice over, but it doesn't have the gravelly resonance of characters like Hartigan, Marv or Dwight but then Gabriel Macht is no Bruce Willis, Mickey Rourke or Clive Owen.  His performance is extraordinarily wooden and he may as well have been carved out of teak for the role.  It is just a dreadful performance by him and everyone in it should look at this and have it struck from their résumé.  Frank Miller has proven that he can write comic books, he can get them made into very impressive and very enjoyable films; this is neither impressive nor enjoyable. 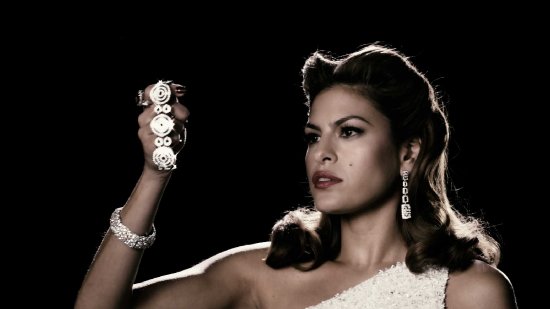 Frank Miller seems to have reviewed a decade's worth of comic books and taken some comedy from one, drama from another, romance from some and horror from another and compiled them into 100 minutes of turgid and thoroughly awful filmmaking.  It is awful.  The writing, direction, acting, everything about this film stinks to high heaven and I've no idea how it was greenlit for theatrical release.  Were he still alive I'm sure Will Eisner would be thoroughly embarrassed and saddened at what has been done with his life's work.  Avoid this travesty at all costs.

I only had the Rental Copy which didn't come with any extra features and only one of the audio tracks that come with the retail version. 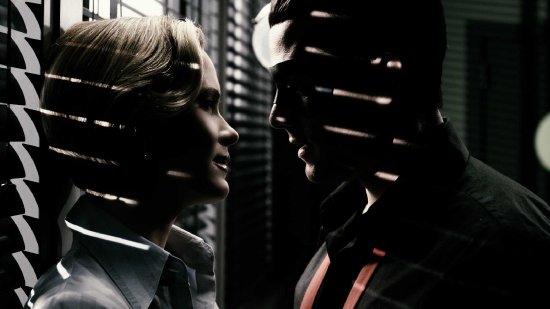 The Picture
As this is a film supplemented with CGI and with the visuals processed by computer it is extremely sharp and looks terrific in HD.  Had Miller decided to stick to the monochrome with splashes of bright colour it would have been consistent and effective, but there are some horribly mawkish flashbacks which are more realistic and given a sepia tone.  These aren't integral to the plot and could easily have been left out.

This has all the noir visual stylings of Sin City but, as it aims for a younger audience (as the 15 and PG-13 certificates testify), the necessary violence is more akin to Looney Tunes cartoons.

The Sound
A very impressive Dolby Digital 5.1 Surround EX soundtrack with superb clarity where the dialogue is crisp and the surrounds are used to present the soundstage well.  I didn't notice anything special about the score, it wasn't memorable as the other films on which Miller has worked and certainly isn't a feature of the film.  I'm sure the DTS-HD MA track on the retail disc will have better separation, clarity and bass. 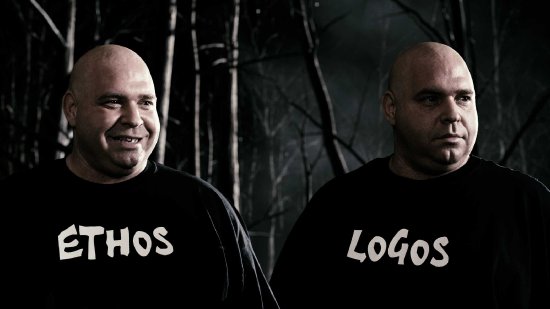 Final Thoughts
This is a ghastly mess and took 100 minutes of my life I will never get back.  I only watched it because I had some vouchers for Blockbuster which were about to expire and it was a choice of this or Quantum of Solace which I'd seen and didn't think was worth re-watching as it was a dumb action movie.  Compared to this QoS is a masterpiece!

I guess that Frank Miller saw something of Sand Saref in himself, constantly striving for aesthetic perfection but, in the process, he forgot to add any substance.  The Spirit is truly dispiriting.

why would anyone extend the Spirit?
It's not often that I think a film is just plain 'bad' but this was one of those occasions