Blu-ray
Origin: Spirits of the Past 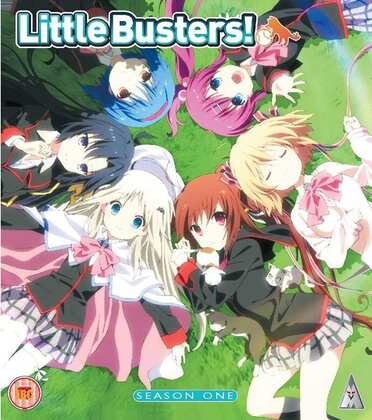 I’ve been double-dipping again. This time my second look at Little Busters Season 1 was on Blu-ray. It’s a Jun Maeda joint, one of those harem mystery visual novels adapted to anime. Like his other shows, Kanon and Clannad, it has its strong suits when it comes to narrative, character, and especially the music, although the animation isn’t quite up to the standards of the Kyoto Animation adaptations. It also wears its videogame origins on its sleeve. It’s a fair piece of entertainment, although it comes from that period in the anime industry where the quality of the production doesn’t exactly need an HD presentation. Click on the review to read more. 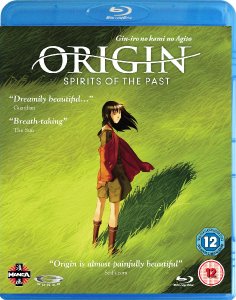 Origin: Spirits of the Past. Films with ecological messages are hardly uncommon, especially in anime. Much of Ghibli’s output would fit that bill. Origin: Spirits of the Past is notable as Studio Gonzo’s first feature film, back when they were surfing the wave of an anime bubble. Other than the feature film runtime and theatrical production values, it’s typical Gonzo fare, a futuristic mystery set in a post-apocalyptic world where nature took its vengeance on the human race that had defiled it. Human society has arisen again, thanks to the leadership of some special, bioengineered individuals. Into this world, a girl awakens, having slept in suspended animation since the fall of the old world, and gets pulled into a battle between this new world, and those who want return back to the technological world of old.

That sounds good on paper, and that opening sequence is fantastic. Alas it’s all downhill from there, and you’ll have long since given up on taking this film seriously before the climax, where the volcano on legs shows up. Yes... volcano... on legs. Here’s my review. Origin: Spirits of the Past fails to impress even now, but thankfully Gonzo’s second feature film, Brave Story is a lot better. Also, they took what they learned from this film, and applied it to another post-apocalyptic eco-tale that they produced, the full length TV series, Shangri-La. Manga Entertainment released Origin: Spirits of the Past on DVD in 2008 and on Blu-ray in 2009, and it is still available to buy today.