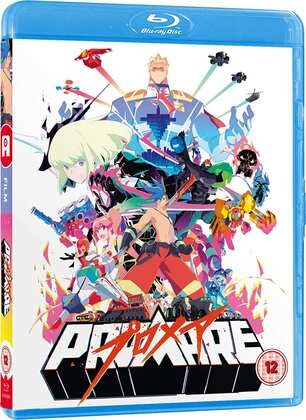 Anime movies are good in that they deliver all their brilliance in a 2 hour jolt to the senses, perfectly refined and with no filler or padding. Anime movies are bad in that they have just two hours to sell themselves or fail trying, and don’t have the episodic format to fall back on to tease your expectations. It’s the toss of a coin really, and Promare kept coming up tails when I watched it. The premise is certainly familiar if you’ve been watching the Fire Force shonen action series recently. The two productions could share a disc blurb to save time. But Promare, from the people behind Gurren Lagann and Kill La Kill, opts for ultimate style over wafer thin substance, and the end result is pretty, if unsatisfying. Click on the review to read more. 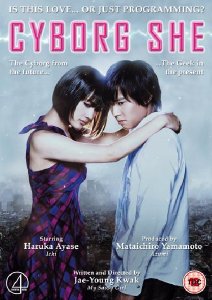 Cyborg She. I could tell you about sleeping through the Ghost Sweeper Mikami movie for the seventh time (that review didn’t age well), but instead I’ll mention the live action movie I took in for the second time last week. Cyborg She is an unlikely genre mash-up, it’s a sci-fi rom-com that borrows heavily from the Terminator. A year after a university student had a bizarre encounter with a mysterious, and quirky girl on his birthday, she comes back into his world, on a mission to save his life. She’s a cyborg from the future, with little comprehension as to how to act in modern society, but despite himself, the boy starts falling in love with his mechanical saviour.

Cyborg She effectively plays with the genre tropes, while telling a gentle and effective, if unlikely romance, and it makes excellent use of the time-travel elements of the story. It was released in the UK on DVD by 4Digital Asia in 2009. I reviewed a burned screener originally, which you can click to read, but then subsequently bought the retail release. The DVD release isn’t the greatest, with audio dropouts in both the surround and stereo tracks, and the extras are extensive, if somewhat perfunctory. This is a film that demands a licence rescue and a Blu-ray release. As it’s deleted now, you’ll probably have to sleuth out a second hand copy.

All the Anime released Promare on Blu-ray, DVD, Collector’s Edition and so forth this time last year.